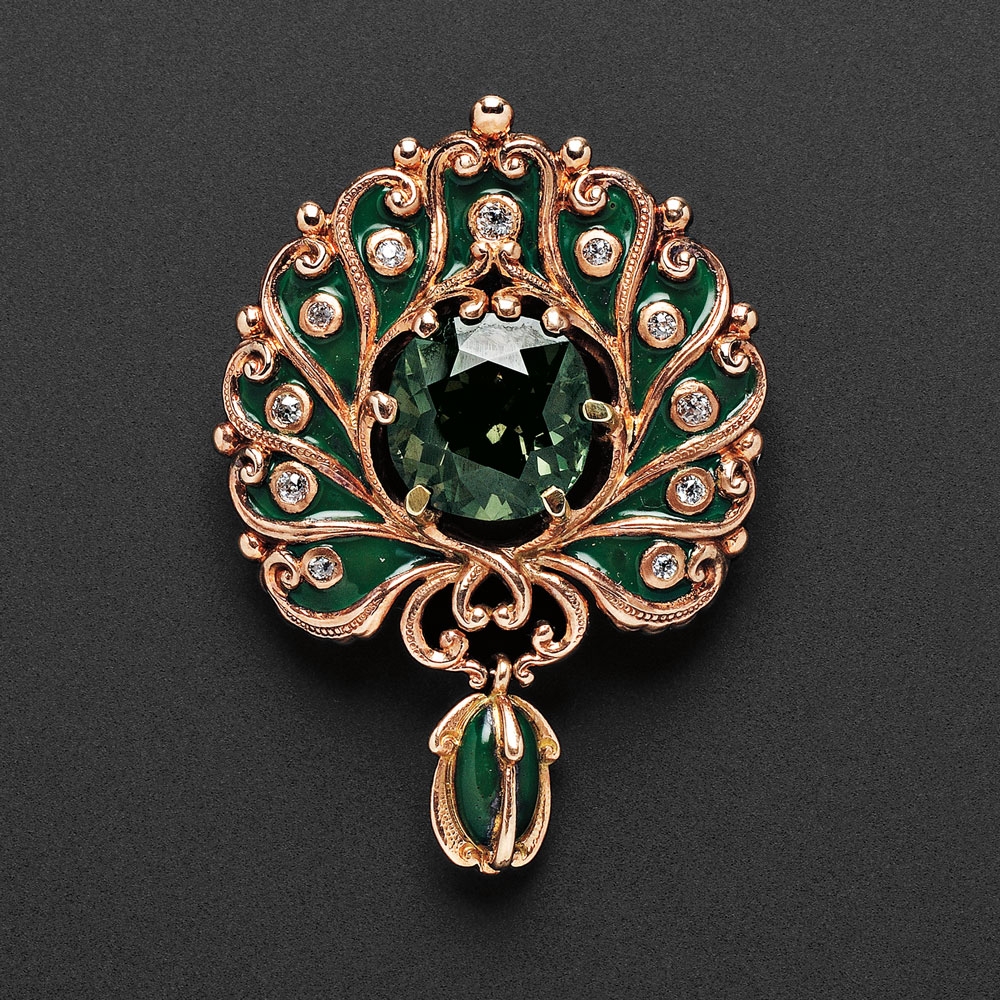 Have you ever heard of the jewelry firm Marcus & Co.? If not, you’re not alone. While Cartier and Tiffany are household names synonymous with luxury jewelry, Marcus & Co. is not. Yet this designer of fine jewelry deserves its place among the elite.

Herman Marcus came to New York from Germany in 1850 and started working as a designer at Tiffany & Co. He represented Tiffany at the 1878 Exposition Universelle in Paris. Marcus left Tiffany around 1884 to establish his own firm, Marcus & Co., with his two sons. Herman died in 1899 but his sons continued to run the company well into the 20th century.

During the early 20th century the firm produced fine Renaissance and Egyptian revival jewelry, and became known for designs inspired by the French Art Nouveau period as well as their use of enameling. Marcus & Co. jewelers learned the craft of enameling at the Lalique workshop in Paris.

The firm’s bold use of brightly colored enamel mixed with precious and semi-precious gemstones is unmistakable, and represents a confidence in design not usually seen from this period. This Art Nouveau 18kt rose gold and alexandrite pendant brooch is a beautiful example. The brooch is set with a rare, cushioned-shaped alexandrite weighing over 7.00 cts. —  an unexpected choice of material at a time when most designers were still using large diamonds to instill a sense of richness to their work.

Throughout the early 20th century, Marcus & Co. was responsible for some of the most interesting jewelry created by an American jewelry house.

Skinner is pleased to be offering a fine collection of Marcus & Co. jewelry in our upcoming June 11th Fine Jewelry Auction. We hope you will join us for a chance to see these rare pieces.

7 thoughts on “The Little-known Story of Marcus & Company Jewelry”