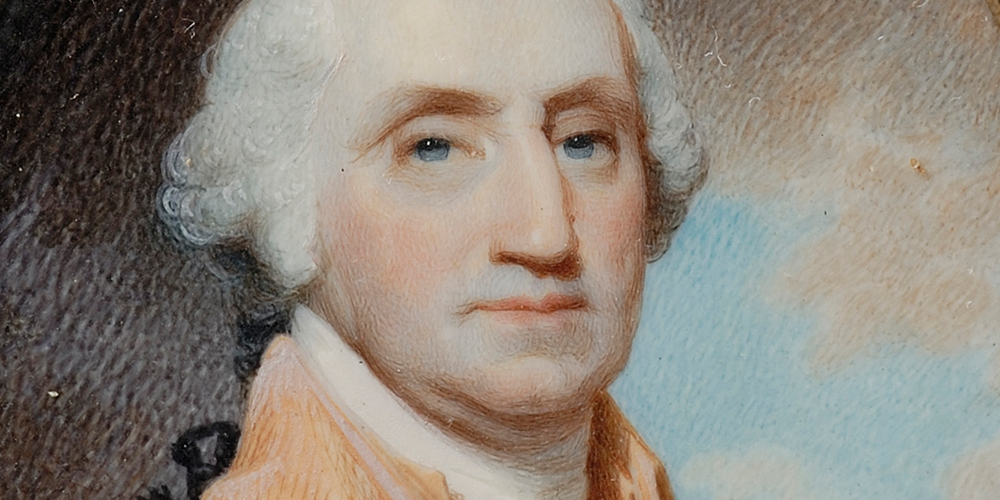 George Washington is one of the most recognizable figures in American history. Revered as the father of our country, America’s first Commander in Chief led the struggle for independence and served as the nation’s first president. His legacy remains a vivid part of our daily lives. There are countless counties across the United States named in his honor, a state, and the nation’s capital. We see his image nearly every day on the quarter and one dollar bill, and around the President’s Day holiday in February through a dazzling array of television and print advertisements for automobiles, furniture, and a vast sea of consumer goods specially priced in celebration of the holiday. But through this clouded atmosphere of all-out February commercial warfare, the history and meaning of the holiday tends to be obscured.

Washington’s passing in December 1799 marked the beginning of a tradition aimed at taking a day to remember his accomplishments and importance to the United States. His birthday, February 22, was unofficially observed as an important day in American history for much of the 19th century and towns remembered Washington through orations on Washington’s accomplishments, historical pageants, and ceremonies. 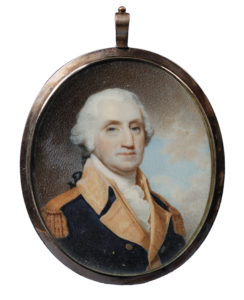 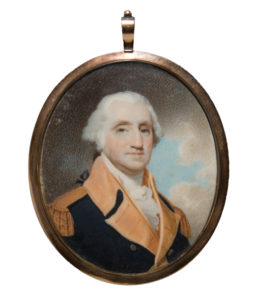 As the 19th century progressed, the day’s importance never faded prompting Senator Steven Wallace of Arkansas to propose the day as an official holiday which President Rutherford B. Hayes signed into law in 1879, although the holiday initially only applied to Washington, D.C. A few years later in 1885, the holiday observance was extended to the entire country. Nearly a century later in 1968, Congress voted to move the date of the holiday to the third Monday in February and also to use the day to celebrate the birth of President Abraham Lincoln whose birthday was on February 12. Soon after that, the day began to be known as President’s day and although George Washington and Abraham Lincoln remain the two most widely celebrated American presidents, the holiday is today generally observed as a day to remember the lives and achievements of all of America’s presidents. 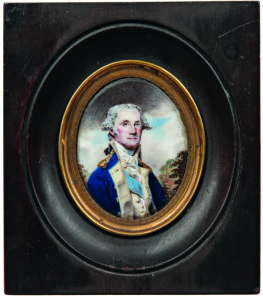 Within the world of American antiques, objects connected to or commemorating George Washington remain very desirable. Such objects offer a tangible connection, whether immediate in the form of a document signed by him or distant in the form of one of the many copies of the famous Gilbert Stuart portrait that hung in schoolrooms across the country in generations past. Miniature portraits of George Washington, however, typically elicit some of the keenest interest.

Another artist who created miniature portraits was Pennsylvania painter William Russell Birch. Birch, unlike other miniaturists, also worked in enamels and created a wonderful likeness of Washington executed in enamel on copper. Like the Field portraits, Birch depicted Washington in military uniform but with the addition of his blue silk officer’s sash visible across the separation of his open coat. The portrait is signed and dated “W.B./1797” and the reverse inscribed “Gen’l Washington/America.” The image is set within a pressed gilt brass and molded hardwood frame. 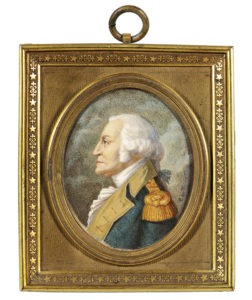 Another very intriguing miniature portrait of George Washington will be offered in Skinner’s March 2, 2019 Americana auction. This portrait is painted in precisely executed watercolor and gouache on paper by Charles Balthazar Julien Févret de Saint-Mémin. The work is signed and dated 1798 and is mounted in a French-style gilt brass frame.

Interestingly, Saint-Mémin is credited with having made the last portrait of George Washington taken from life. In November 1798, Washington visited Philadelphia to take command of the army for the impending war with France. Saint-Mémin was in Philadelphia at the time and made arrangements with Washington to make a portrait. The present whereabouts of that portrait are unknown although images of it survive. The portrait is a bust-length sketch of Washington facing to the left with the collar, and facing of his military uniform visible and is apparently not signed or dated. Recent scholarship has suggested that the portrait may have been made shortly after Washington’s death and was reproduced as the printed image of the departed general mounted in mourning rings.

These are only a few of the many early images of Washington that survive. Fortunately, due to George Washington’s popularity, antique likenesses of Washington can be found at all price ranges affording collectors, beginning or advanced, the opportunity to celebrate his legacy and add a bit of history to their home.