“Majoring” in Antiques, with a “Minor” in Dogs 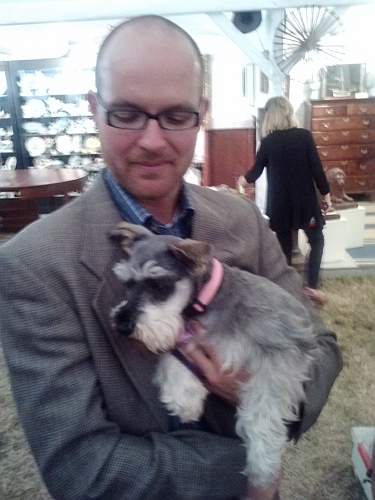 I was fortunate to spend three days last week in Ellsworth, ME as Skinner’s representative at the Ellsworth Antiques Show. Over 800 people visited the show, which is held under a large tent on the grounds of the Woodlawn Museum, Gardens & Park, the show’s beneficiary.

Ellsworth is the nation’s longest-running summer antiques show, and the exhibiting dealers bring top-quality antiques, fine art and decorative accessories from as nearby as Ellsworth and Southwest Harbor and from as far as Millwood, VA. The show, held in mid-August each year, begins with an elegant cocktail and dinner preview party on Wednesday evening and is open for browsing and buying, with paid admission, Thursday through Saturday. 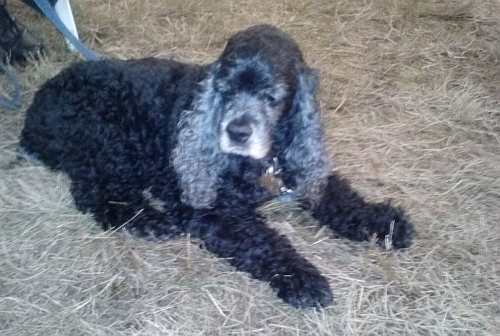 It seems that antiques dealers and antiques buffs also adore man’s best friend. Taking advantage of the comfortable show site, summer vacation atmosphere, and picture perfect weather, several of the dealers brought their canine companions. While I didn’t meet all of them (some of the larger, more rambunctious entries were wisely excluded from the show tent), I met several of the smaller dogs under the tent, including Abigail, one of three miniature schnauzers owned by Joshua Torrance, Woodlawn’s Executive Director, and Pearl, the black cocker spaniel who managed the booth of Suzanne Courcier & Robert Wilkins of Yarmouthport, MA.

But for my money, the dog who won “Best in Show” was in the booth of Nancy Prince of Portland, ME. Standing proudly in the center, he was catalogued as a Kerry blue terrier, but he could easily pass for a miniature schnauzer with natural ears. Of indeterminate age, his worn surface spoke of decades of loving, if not always gentle, attention. After a brief conversation, he acquired a “sold” tag on his tail, and he rode home with me after the show. 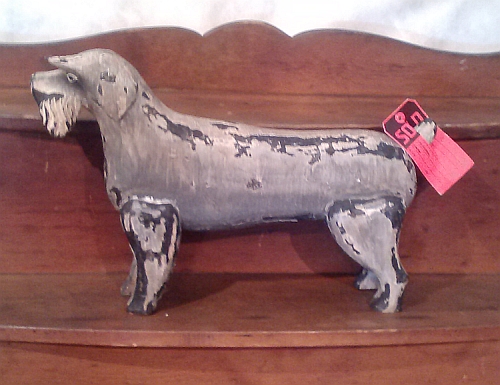 Antique shows are great places to go exploring for treasures that speak to you and your collecting interests, whatever they may be, and I hope you’ll join me in Ellsworth next August for one of the best antiques shows in New England.