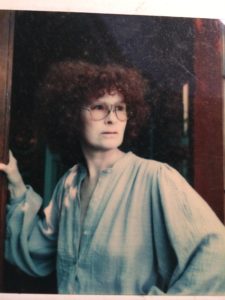 Skinner’s September 21, 2018, Fine Paintings & Sculpture Auction will include a selection of artwork from the collection of singer-songwriter Dory Previn. Previn was a composer, lyricist, author, playwright, recording artist, and performer. Her early successes came in Hollywood while working for MGM, where she wrote songs for films, usually as a lyricist teaming up with her then-husband, composer and conductor André Previn. They worked on soundtracks including one for the film version of Valley of the Dolls, the theme song of which was recorded by Dionne Warwick. Together they were nominated for two Academy Awards and wrote songs recorded by Rosemary Clooney, Vic Damone, Bobby Darin, Sammy Davis Jr., Doris Day, Leontyne Price, Tony Bennett, Frank Sinatra, and others. Ms. Previn gained a third Academy Award nomination for a collaboration with the composer Fred Karlin. Her lyrics for television garnered an Emmy Award and an Emmy nomination. By 1970, she had begun to write and perform her own songs, eventually recording over ten albums. In addition to lyrics, she wrote and published memoirs, short stories, and plays. 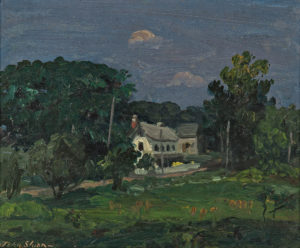 Dory and André Previn assembled a unique and wide-ranging art collection, including American and Mexican folk art, Indian miniatures, and modern American and European paintings and drawings. They particularly favored small, exceptional artworks by 20th-century American masters, including John Sloan (Lot 335) and Charles Demuth (Lot 333), and their collection was featured in the exhibition “Three Young Collections: Selections from the Collections of Donald and Lynn Factor, Dennis and Brooke Hopper, André and Dory Previn” mounted by the Santa Barbara Museum of Art in 1967. They described their collecting ethos for the exhibition catalog:

Collecting is a marvelous frenzy. In our travels there is always a new museum to see, a local collection to be viewed with envy as we are covetous collectors, and a possible acquisition which leads to wondering how we’ll pay for it and when but no matter, the fever is starting and, after all, we need it.[1] 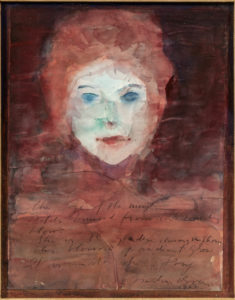 In 1986, Dory Previn married actor and artist Joby Baker who shared her deep interest in art and artists. Baker first appeared on television in the 1950s and went on to join the casts of many films and TV shows such as Girl Happy with Elvis Presley, the Gidget movie series, and Good Morning, World. By the early 1960s, Baker was dividing his time between acting and painting. He exhibited artworks in Los Angeles and San Francisco and associated with artists of the Bay Area figurative movement including Nathan Oliveira, Paul Wonner, and William Theophilus Brown. After marrying, Previn and Baker moved to the East coast, where Baker exhibited his first solo show in New York in 1987 and continues to work and exhibit his paintings, sculpture, and jewelry in western Massachusetts.

Baker’s illustrations accompany the musical compositions in Ms. Previn’s songbook, published in 1995, and the two would often collaborate, with Baker first creating an image, then Previn writing a response to the image, as they did in the creation of Falling Man/Nine Eleven (Lot 339). Artworks from the couple’s collection offered in this sale include prints by William Blake (Lot 345 and Lot 346) whose poetry and art greatly influenced both Previn and Baker, and portraits of Previn by Baker (Lots 331, 337, 340, and 344) and other contemporary artists (many of whom were close personal friends, Lots 330, 332, 336, 338).

Please join us for an evening gallery walk with Joby Baker on Wednesday, September 19th at 5:30pm. Baker will share anecdotes from his life with Dory, their work, and their art collecting.

One thought on “The Dory Previn Collection”