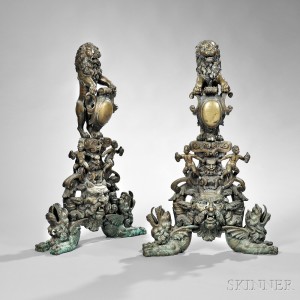 On Saturday, October 3rd, a symposium entitled “Gilding the Coasts: Art and Design of Long Island’s Greatest Estates” will be held at the Long Island Museum in Stony Brook, New York, a Smithsonian affiliate, to explore the artful design and preservation of Long Island’s greatest country houses. This event is in conjunction with an exhibition by the same name at the museum.  These country houses numbered over 1,000 about 100 years ago with now only a few surviving today.

I have been invited to present my research in my talk titled “Charles Duveen and Elsie De Wolfe, and Their Theatre of Design at Coe Hall, Planting Fields” on the remarkable design history of Coe Hall from when I was Curator of this unique 65 room Elizabethan Revival house on the estate at Planting Fields Arboretum. The house was built in 1918-1921 by marine insurance magnate William Robertson Coe and Standard Oil and Virginian Railway heiress Mai Rogers Coe, who spared no expense in designing their retreat where they spent just a few weeks each year. Designed by Charles of London (Charles Duveen of the notable Duveen art dealer family) and Elsie De Wolfe, Coe Hall’s interiors had many contributions from European and American antiques dealers, as well as American artists Robert Chanler and Everett Shinn, all of whom united past and present with theatrical creative style during this early time of antiques dealing and growth of interior design firms. 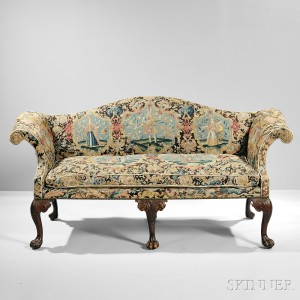 One of Coe Hall’s rooms that will be explored during my lecture is the whimsical Buffalo Room, painted with one of the only surviving Robert Chanler murals which can be seen in a public space today. The room is a tribute to W. R. Coe’s fascination with the American West and his purchase of Buffalo Bill’s lodge in Wyoming. In the fireplace of the Buffalo room were two rampant lion iron andirons that appear in photographs from the 1920s and are still in Coe Hall, and are remarkably similar in style to Skinner’s upcoming European Decorative Arts Sale 2850B on October 10th (see top left). Also, the Late George III Needlepoint Settee (at right) recalls the similarly styled needlework settees that were placed throughout Coe Hall by Charles Duveen, who brought together elements of the English country house including wood paneled walls, heraldic colors and textures and combined them with other antiques in a way that was part theatrical, part historic, and wholly American in its interpretation for the new industrialist royalty on the shores of Long Island. Charles Duveen worked from his showrooms in New York and London on commissions outside of Long Island on the east coast of America as well, and with dealers across the globe to track down prized antiques for his clients. 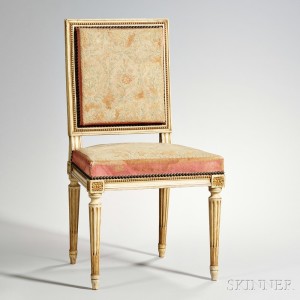 My lecture will also discuss the designs of the inimitable Elsie De Wolfe, who created interiors for the Coe’s such as their fanciful Tea House, with her own charismatic theatrical flair, and she continues to be an influence on interior designers and collectors today. 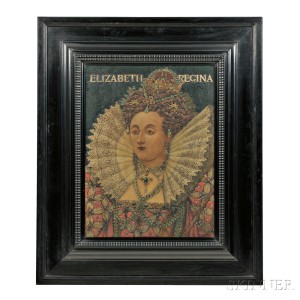 For those who want to design their own country houses, Skinner’s upcoming auction on October 10th has several pieces that would be a perfect fit shown here and would most probably have met Charles of London’s and Elsie De Wolfe’s approval!