The antique and estate jewelry presented in the Fine Jewelry Collections online auction was lovingly assembled over more than four decades by George and Jackie Bernheimer.  Their interests were primarily in unusual colored stones, snake rings, and moonstones, especially those sculpted into cameos and intaglios.  The inspiration for collecting jewelry was initiated by gifts from George’s parents, Paul and Louise, who were best-known for their splendid Harvard Square gallery, Bernheimer’s Antique Arts (1963-1992); which was an off-shoot of the one of the most prominent art businesses in Europe, the renowned L. Bernheimer of Munich, Germany, founded in 1864. 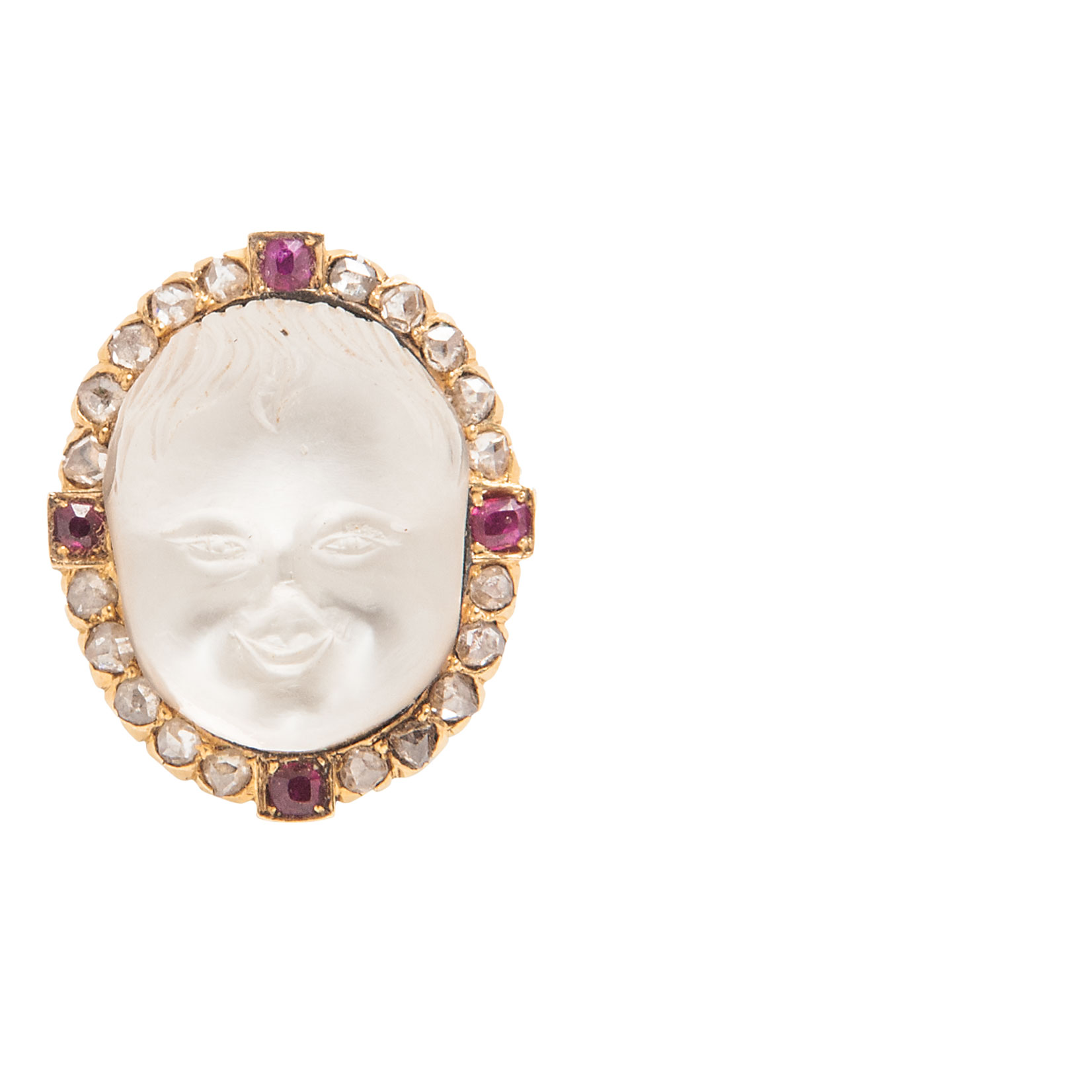 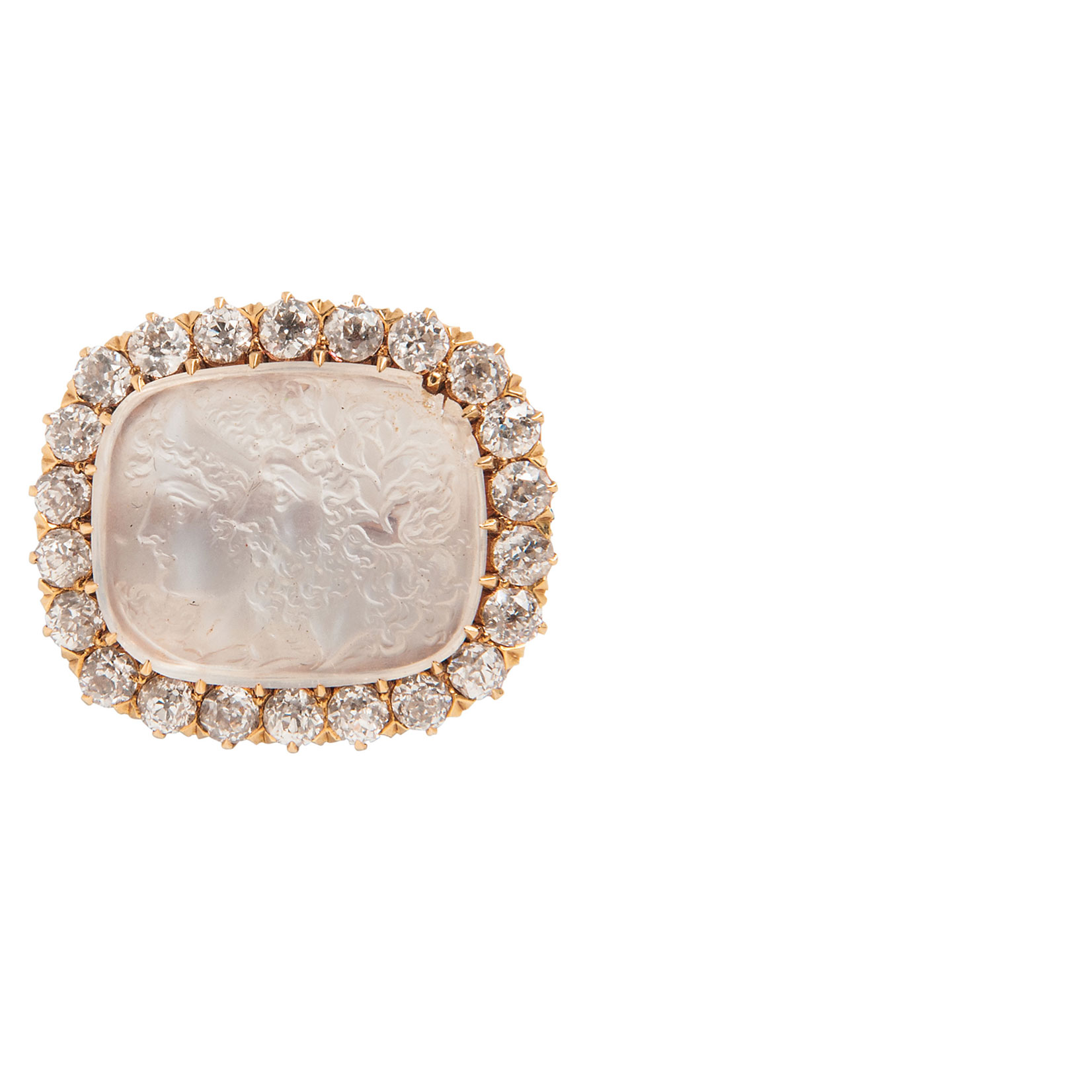 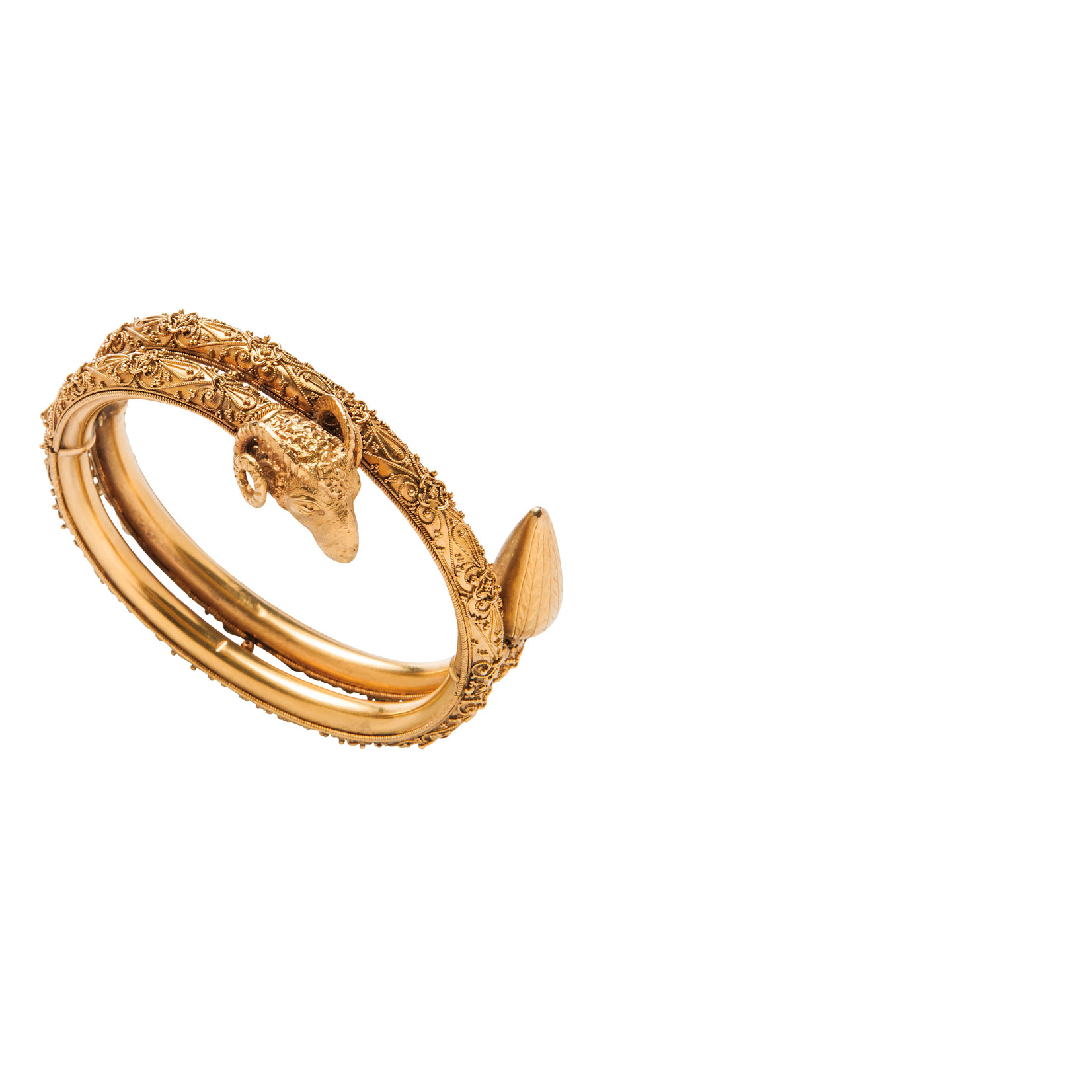 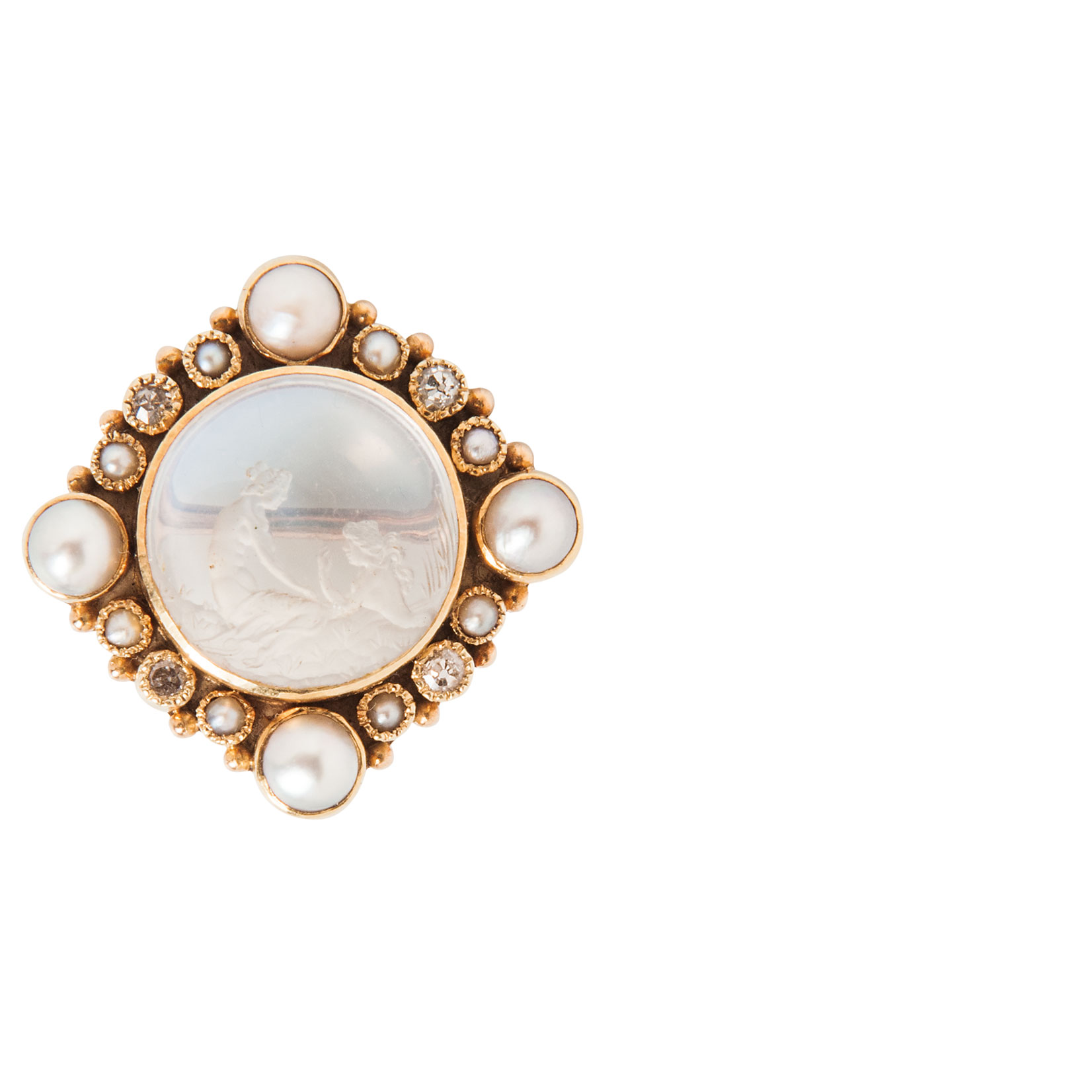 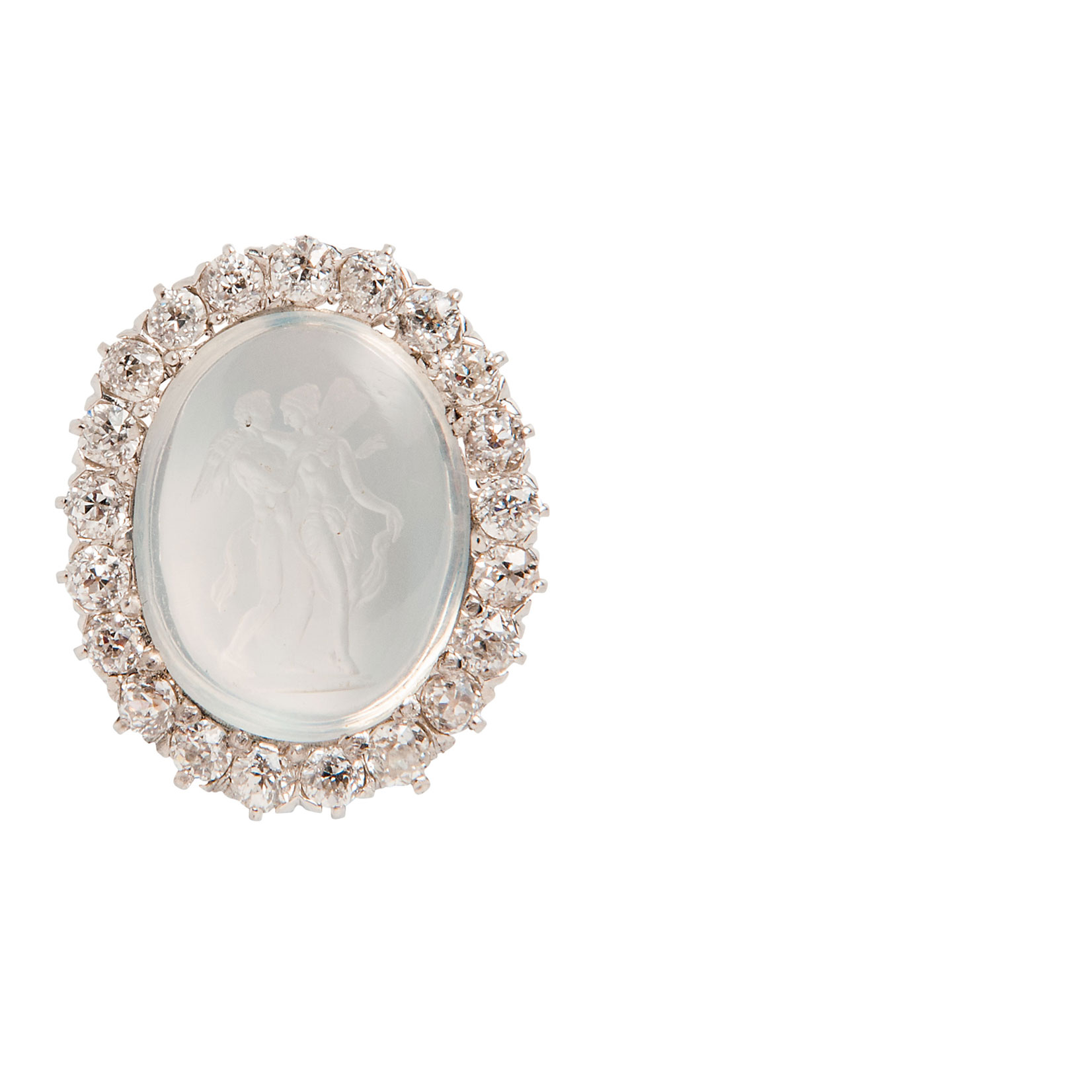 George and his parents fled Nazi Germany in 1939 and eventually settled in Norton, Massachusetts.  While he was never directly involved with the Munich or Cambridge galleries, George eventually did find his way to partake in the family tradition, first by opening the Norton Flea Market with his partners in 1971, and slightly later, his own antique business, Moonstone Antiques.  George and Jackie were regulars at antique shows throughout New England and beyond, where they offered jewelry, Native American art, and antique bottles.  Never shy in his quest to add to the collection, George would approach his fellow dealers, always opening the conversation by asking, “do you have any carved moonstones?”.  With his passing in 2014 and hers in 2017, the time has come to return these treasures to the market, where it is hoped a new generation of collectors will find their own inspiration.

The Fine Jewelry Collections online auction, featuring the Collection of George and Jackie Bernheimer, will be open for bidding from September 17th through the 26th and available to preview in-person at our Boston Gallery on September 23rd and 24th.