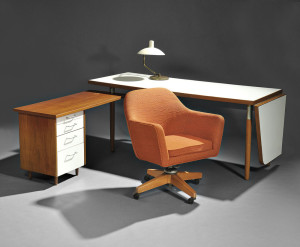 Furnishings from the Burke House (Lots 423 and 424, estimates vary)

Mary Griggs Burke was best known for her passionate collecting of Japanese ceramics. To house her collection and find furnishings of good design, she turned to Thompson, who was well known in architectural circles as the founder of The Architects Collaborative (TAC). Over a two-year period (1952-54), Thompson constructed a modern home for Burke that took advantage of the views of Long Island Sound and included carefully chosen and placed furnishings provided by Design Research in Cambridge, Massachusetts. Founded by Ben Thompson, the store became the place to go for modern design during the middle of the century. In his work on the Burke house, Thompson combined his own designs with the Danish modern aesthetic that was so popular at Design Research. This catalog offers a glimpse of the interiors in situ through the photography of Andre Kertesz.

Today, the beautiful and mature home has stood the test of time. Skinner is pleased to offer early Design Research furnishings from the Burke house at auction on December 6, 2014 in Boston (Lots 396 – 447). View the catalog online. 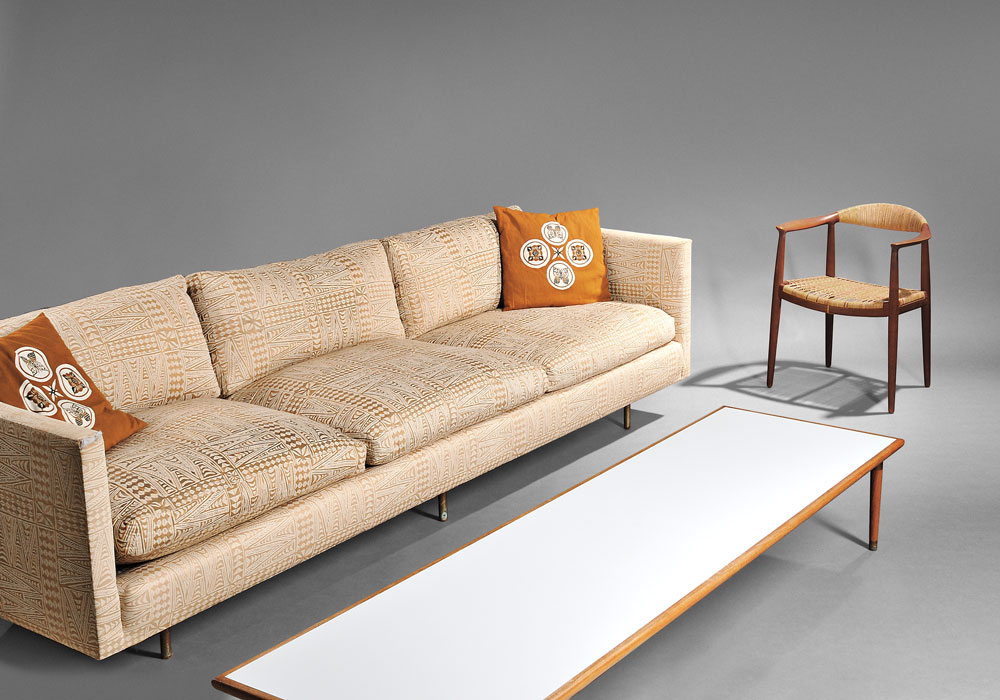 Further reading about Mary Griggs Burke and the Burke House