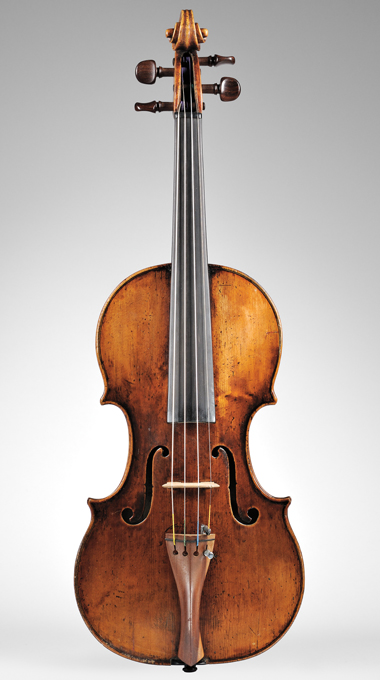 Composite instruments are those that have had one or more of their original parts replaced. They can represent a significant opportunity for string players who are seeking a good value in a playable 18th or 19th century violin, viola, or cello.

If you have found a composite instrument with a sound that you love, your next step is to determine its fair market value. This can be difficult at times. As a player, your first consideration is naturally sound quality, but it’s also very important to know if the instrument will hold its value should you ever need or wish to sell it. Here are major areas to investigate when considering the purchase of a composite instrument.

If the original scroll has been replaced, you should be aware of three possibilities:

Each of these situations will, to some degree, discount the fair market value of the instrument by 10 to 20%, depending on which case describes your prospective instrument. By almost all accounts, a scroll will not affect the sound of a violin, viola, or cello, but will only impact the aesthetics of the instrument.

After scrolls, the second most commonly seen composite instruments are those with replaced tops. Again, period, style and maker are the most important considerations. In the 18th century, it was common to replace cracked tops rather than undertake extensive restoration. Many Italian violins, even some by Stradivari, have tops replaced by skilled makers from a later era. In the case of a well-matched top that was made no more than 50 years later than the body, a discount in the area of 30-40% of the fair market value would be typical.

In the case of instruments that have actually been assembled from different parts, you should start by judging the instrument on how naturally the pieces match, and if the parts fit together well. Avoid any instruments with major problems like extensive worm damage or a soundpost crack to the back. An independent musical instrument appraiser can be trusted to help you determine the fair market value.

Fine Musical Instrument auctions are also very dependable sources — ask for a full condition report and consult the specialist with any questions that you may have. At an auction, you are among professionals, so the price achieved for an instrument will reflect the consensus of its real fair market value.

All things (carefully) considered, a composite instrument may be the answer for players trying to find that unmistakable, burnished 18th-century sound without breaking the bank.

2 thoughts on “Stringed Instrument Guide: What to Look for in a Composite Violin, Viola, or Cello”