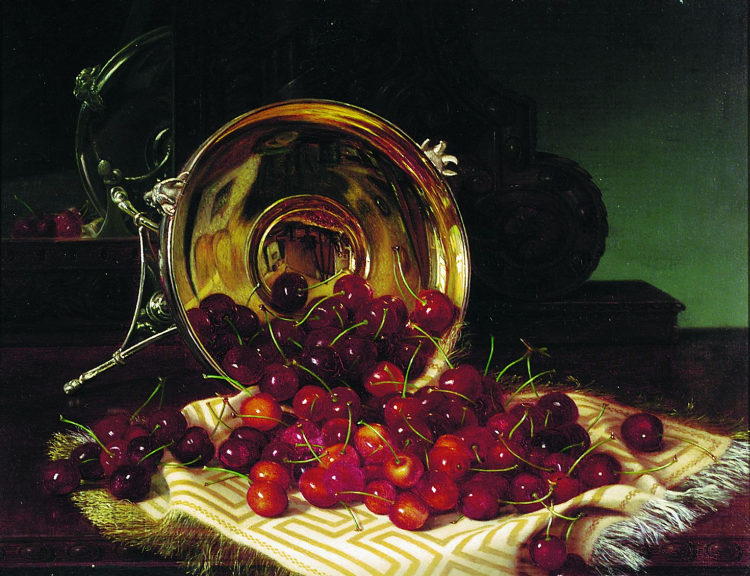 Robert Spear Dunning, Cherries/A Still Life with Self Portrait Reflected in a Silver Compote, 1871.
Auctioned for $248,000.

Just as we are warned by nutritionists and dietitians not to grocery shop on an empty stomach, I might suggest that you wait to view this blog post until after dinner. It could have the beneficial side effect of making you reach for a peach instead of a bowl of ice cream for dessert!

The post Civil War period was an economic boom for the city of Fall River, Massachusetts, and its leading citizens found the bountiful still lifes of Dunning and his followers to be the perfect expressions of the optimism and opulence of the day. Dunning’s subject seems simple: Fruit. How sophisticated and refined can that be? At Dunning’s most extreme the answer is “very.”

In this 1871 example, Dunning shows luscious cherries cascading out of a silver compote with a gilded interior. If the fruit seems modest, its setting is anything but, and the artist has even inserted himself into the scene within the reflection in the dish.

Even in a simpler composition like the tabletop still life below, Dunning’s fruit is luscious and ripe and each surface of every berry and peach is so perfectly rendered that we can imagine feeling its surface as we reach in to pick one up for a taste. Even the polish of the table reflects and enhances the fruit. We can nearly smell the sticky sweetness of the sliced peach and ripening cherries. 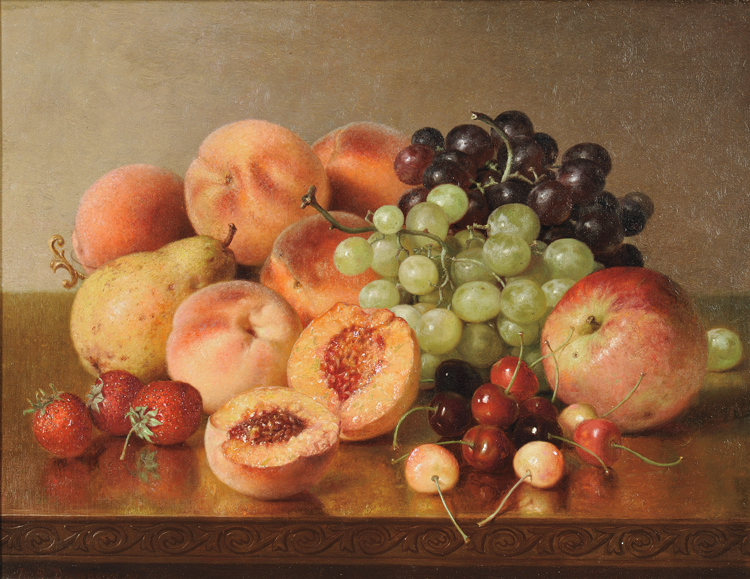 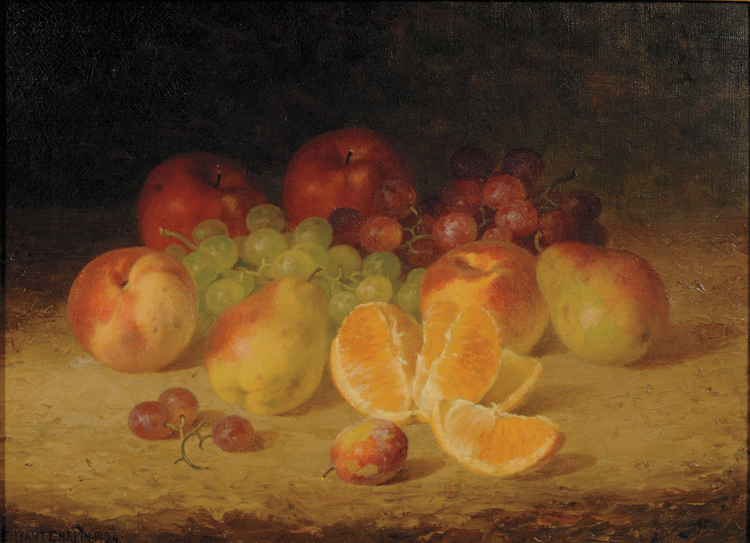 Dunning’s student Bryant Chapin could render surfaces nearly as well as his master, but his forté was in showing his sugary subjects in a natural environment.

Placed in a small grouping within a landscape, Chapin’s subjects lack the opulence of Dunning’s, but make up for it with their naturalism and humility. Chapin’s à plein aire fruits are the organic equivalent to Dunning’s.

In the example above they sit on the ground in the shade, like a beautifully composed picnic abandoned for a quick game of ball. Happily they remain miraculously free of ants, at least for the moment.

Join us on September 7, 2012 for our American & European Works of Art Auction.

2 thoughts on “Got Fruit? Still Life Paintings of the Fall River School”