A Lecture by Rudolf Spoor 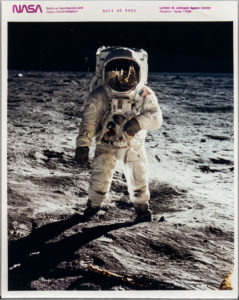 Come and hear Rudolf Spoor’s story of passionate collecting, which began with a disastrous backyard model rocket detonation and lead to a lifelong career in the Dutch media. Spoor was a fortunate front-line witness to the American space race at its start in the 1960’s. He was there to see the fulfillment of John F. Kennedy’s moon challenge in 1969 and was a dedicated witness to each subsequent landmark of science, technology, and space exploration accomplished by ensuing NASA programs.

With a prescient instinct regarding the future importance of each mission, Spoor accumulated a trove of photographs, models, transparencies, flown samples, spacesuit and spacecraft materials, signed documents and pictures, and more. Spoor will speak on his close connection to the American space program as a journalist, his collection, and his enthusiasm for the spirit that moved the immense team of rocket scientists, mathematicians, test pilots, and astronauts and made modern space exploration possible.