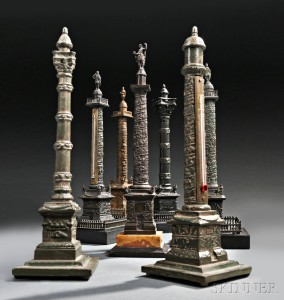 In the 18th and early 19th century, wealthy young Englishmen embarked to the Continent on lengthy travels, known as the Grand Tour. The voyage could last months or even years, and was ostensibly meant to round out one’s education, which still emphasized a strong knowledge of Classical arts and architecture, languages, history, literature, and philosophy. Many young people also spent their time collecting art and artifacts to prove that they had been on the Grand Tour. Later in the 19th century, the advent of rail and steamship travel allowed more middle-class adventurers to continue the tradition of the Grand Tour.

Following a specific itinerary that primarily included stops in Italy and France, Grand Tourists visited archeological excavations in the hope of witnessing the exhuming of pottery or sculptural artifacts. As the number of Grand Tourists grew, so did the demand for ancient artifacts to be taken home as souvenirs. Italian craftspeople saw this as an opportunity for new business, and a cottage industry emerged providing “objet d’art” celebrating the Classical world. 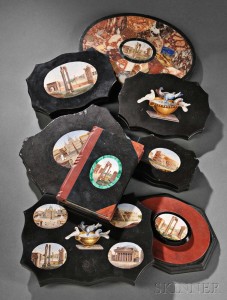 Grand Tourists could buy souvenir buildings or ruins in bronze, alabaster, and marble as keepsakes of what they had just seen, such as in the Roman Forum. Artisans even went so far as to fire Classical-style pottery with encrustations to simulate the mud found on excavated antique examples.

Thomas S. Holman assembled his collection of souvenirs of the Grand Tour over the course of 42 years, beginning at the age of 18. His interest developed from his exposure to the ancient world through childhood trips to London, Paris, and Greece. He studied at Oxford University and the University of Vienna and traveled as an adult to Munich, Berlin, Italy, England, and France. During vacations, he hunted flea markets, antique markets, antique shops, and dealers of fine and decorative arts for treasures to add to his collection. His theory: If you own one item it is because you admire it, if you own two then you have a pair, but if you own three, you’re collecting!

Holman’s collection began with antique-style Grand Tour vessels as a less expensive alternative to the cost prohibitive originals. Models of bronze columns–such as Trajan’s Column in Rome–and Egyptian obelisks came next, followed by a variety of models and micromosaics of Rome. Holman’s most prized pieces are the carved alabaster and marble models of monuments, arches, and buildings of Rome, particularly the Pantheon.

For Tom Holman, these souvenirs of ancient buildings and ruins represent the wonders of the world, while also referencing the cultural phenomenon that was the Grand Tour. He looks forward to dispersing “The Tom Holman Museum” and sharing these objects with other collectors and enthusiasts. 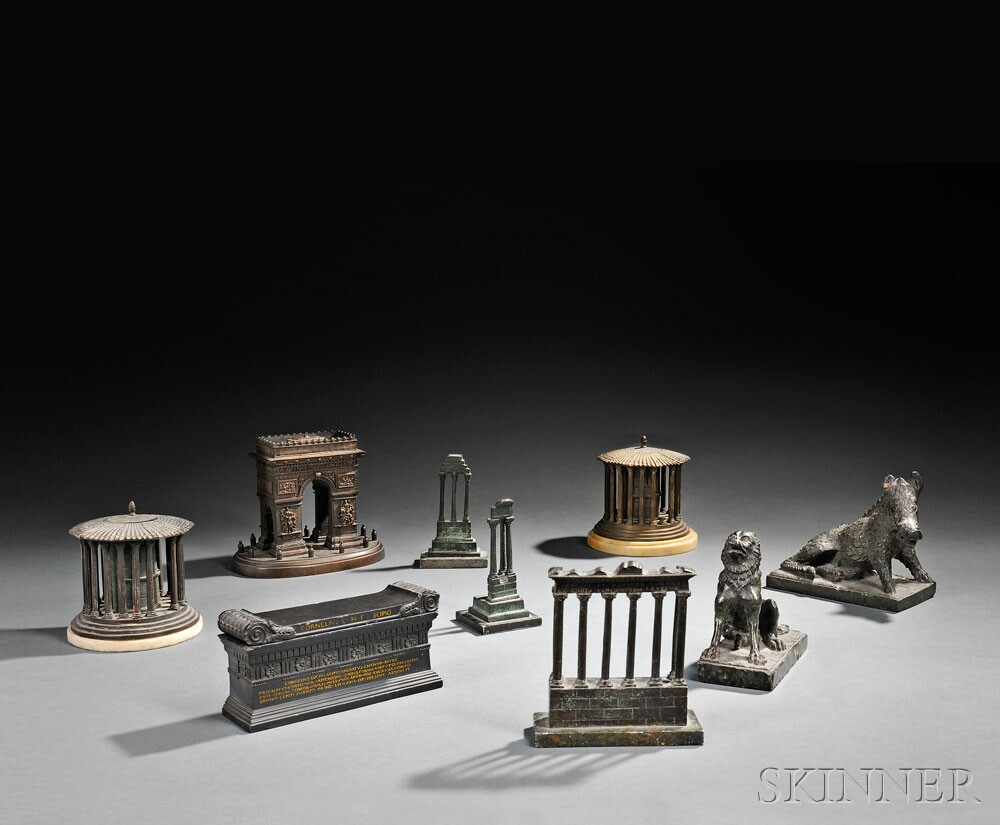 2 thoughts on “Souvenirs of The Grand Tour: The Collection of Thomas S. Holman”