I was seeing triple—or at least that was what it seemed like. Three versions of the exact same Rubens portrait hung on the wall. This was quite unusual for the Skinner Paintings department; to have three copies of the same painting at the same time. All three were based on a self-portrait by Sir Peter Paul Rubens (Flemish, 1577-1640). The original painting remains part of the Royal Collection at Windsor Castle. It is signed and dated 1623, commissioned by Henry Danvers, Earl of Danby, as a gift  to the Price of Wales, later King Charles I.

Unlike Rembrandt, Rubens painted very few self-portraits. You can probably count the examples on one hand. Interestingly, he chose not to include the tools of his trade identifying himself as an artist in these works, but the sideways glace of the subject immediately suggests a self-portrait. The 1623 portrait is unusual in that it is thought that Rubens may have made several slightly altered versions of the work to give to friends. He also commissioned Paulus Pontius (Flemish, 1603-1658) to create an engraving based on the portrait.

Where do copies of famous paintings come from? 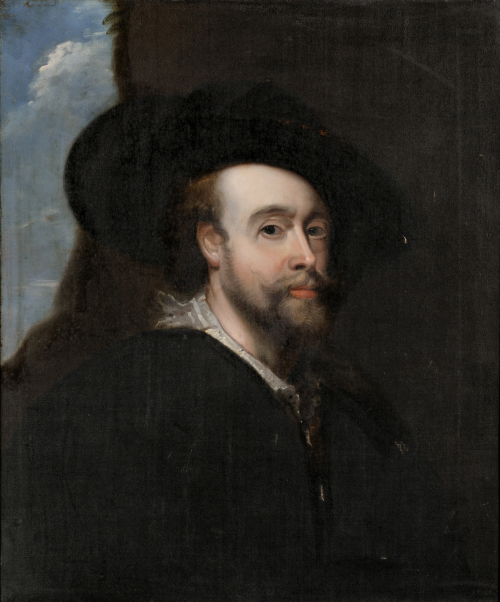 Who made this copy of a Rubens self-portrait, and when?

While copies aren’t that unusual, we come across them with some regularity in the Skinner American & European Paintings & Prints department, and they warrant some additional consideration. We ask two important questions of a copy:

The answers can sometimes be difficult to find. It is known that copies of successful paintings were occasionally made by the masters themselves, with permission of the patron, to satisfy eager buyers.  Assistants in the master’s atelier, or workshop, also made copies to fulfill these requests.

Then, over time, more copies have been made by art students, who learn by imitating the masters’ paintings. Even today, such students set up in the Louvre and other major museums to copy the work of the masters; it is an honored tradition of learning that stretches back for centuries.

Copies are also commissioned by art lovers or made for the open market. If you go online these days, you can find all too easily copies of a famous or pleasing work made especially for you!

The mystery of the three Rubens self-portraits at Skinner

One of our Rubens portraits was actually signed on the reverse by a mid-19th century copyist who also inscribed the back with a reference to the original work, a version hanging in the Uffizzi Museum in Florence. This copy fit under the category of an art student learning his trade.

What about the other two paintings?  We can typically recognize immediately based on the materials and style when a work is a later copy. However, with period copies, which we think the other two may be, the physical evidence has often been compromised through lining, re-stretching, and restoration done over many years.

This version is signed by a mid-19th century copyist 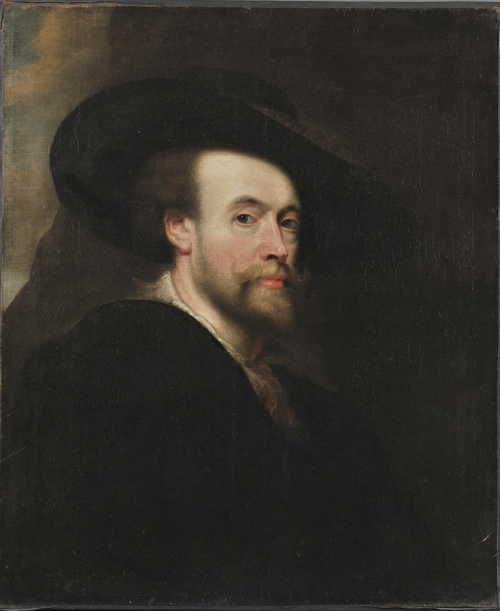 The two other Rubens portraits are currently being researched. We are tracing provenance when possible, examining the physical evidence of canvas, stretcher, and paint, and checking catalogues raisonnés, as well as contacting scholars of 17th century painting and specialists on Rubens to tap their connoisseurship.

This type of scholarship is ongoing and can take many months, but it is possible that we may uncover a work that is period or even close to the artist’s hand.

Sir Peter Paul Rubens surely taught and inspired many painters of his era. He maintained a very busy studio and received major commissions. His cadre of assistants, including for a time the prodigy Anthony van Dyck (Felmish, 1599-1641), would create paintings based on Rubens’ detailed sketches, to which the master would add the final touches. This practice can blur the distinction between pieces created entirely by the master and copies that were simply finished by his hand.

What differences do you see between these copies and the original painting?