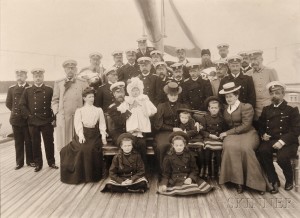 The violent end of Russia’s last royal family fascinates collectors, historians, and those who simply love a compelling story. The last Romanov Tsar, Nicholas II, was executed along with his family in the summer of 1918 after months of imprisonment. The tragedy and historic impact of these events makes antiques and artifacts relating to the Romanovs all the more sought-after by collectors.

As Russia celebrates the 400th anniversary of the Romanov dynasty, Skinner is proud to present the diverse and eclectic Fletcher Collection of Imperial Russia at auction on April 6, 2013 in Boston. 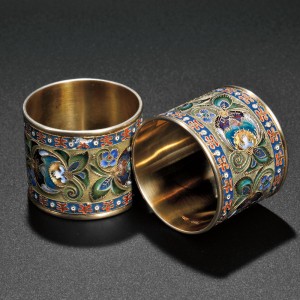 John Fletcher always had an intense interest in Nicholas II and his family. When he was ten years old, he remembers walking to grade school with his friends and talking excitedly about the death of Stalin, in 1953, and what it meant for Russia’s future.  His ten-year-old peers either didn’t know or care what he was talking about. By the time John was twenty he started collecting Imperial Russian objects. The items include photographs, autographs and other objects that speak of times past. Some objects put you back at a specific day and time, almost as if you were there experiencing a moment that changed the tide of history.

The purpose of Fletcher’s collection was to show the achievements of Romanov Russia, and how the Romanovs counteracted aggressive Soviet propaganda against their family. Objects in the collection reflect the splendor and magnificence of Russia’s cultural Golden and Silver Ages.

The Fletcher collection has been amassed over a fifty years working with auction houses and specialized dealers worldwide. Join us for the auction of this spectacular collection as part of our sale of European Furniture, Decorative Arts and Fine Silver on April 6th in Boston.