I met Bob Skinner in 1964 at one of his first auctions in Harvard, Massachusetts. He helped me load a Silas Hoadley tall case clock into my car. At $85, it was a big purchase for a 17-year-old! I worked for Bob Skinner that summer, and again after graduating from Wellesley High School. After I joined the Navy, Nancy Skinner wrote to me regularly with updates on Bob’s antique adventures. When I returned home, a job was waiting for me in Bolton, Massachusetts. 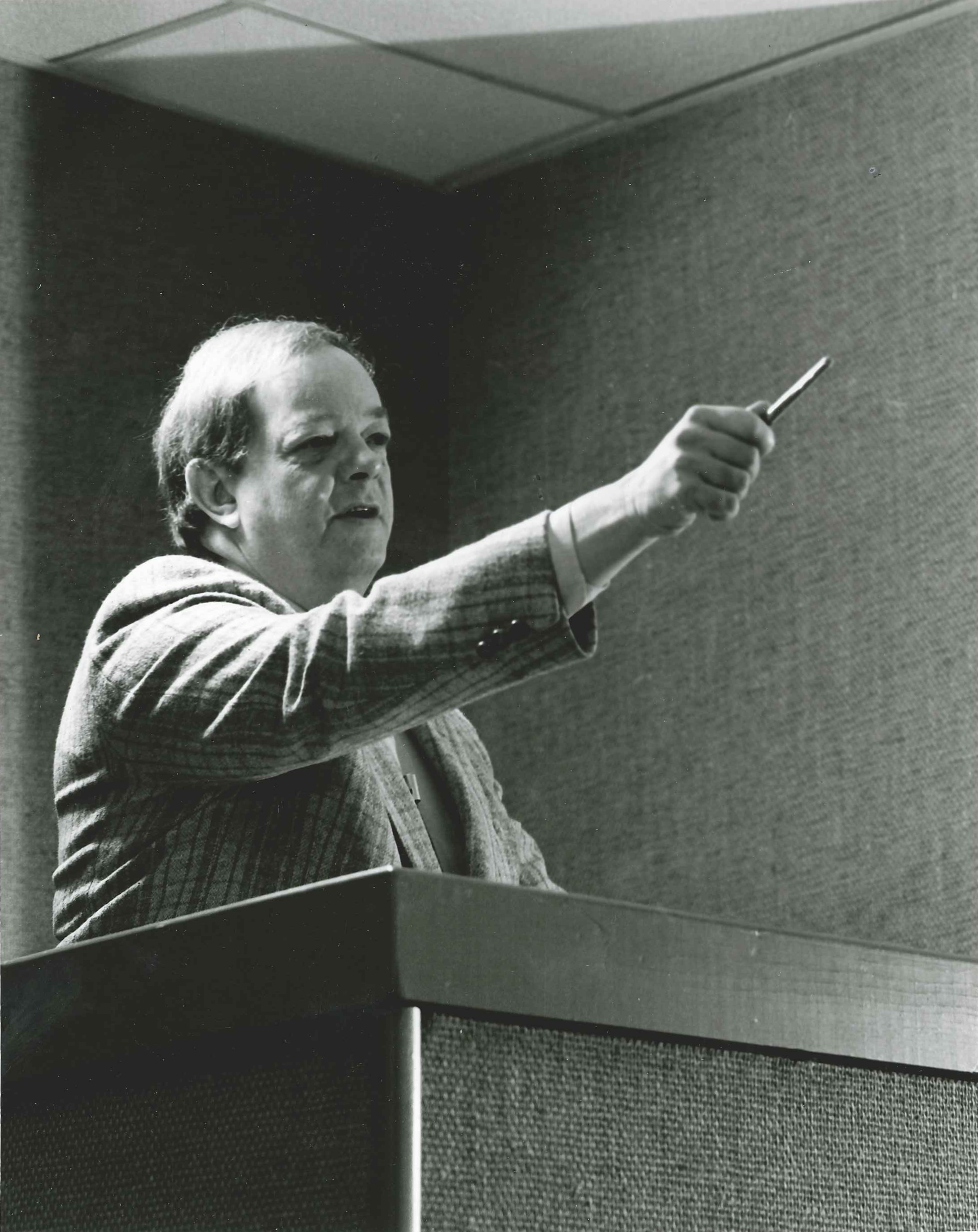 Bob Skinner on the podium

I have many fond memories of traveling throughout New England, and south to New York and Pennsylvania with Bob, visiting antique shops. I can see Bob now driving with the window open no matter what the temperature, cigarette in hand, singing pop songs (often improvising the lyrics!) in the manner of Nat King Cole and Vaughn Monroe.

As he did business with these men and women, he learned to love country furniture with great old paint and surface, early American wrought iron, folk art, wooden ware, painted tin, and children’s miniature furniture and objects. At the time, this material was plentiful and affordable to a man who was buying on a budget, necessitated by a frugal wife and young family. His love and keen eye for simple, beautiful country antiques brought him and Nancy great joy. Among the many things that they collected over the years, a few of the pieces that Nancy felt she could part with will be offered at our American Furniture & Decorative Arts auction on October 28, 2012.

We attended hundreds of country auctions in New England, and later in New York, where he honed his business sense, style of auctioneering, and auction philosophy, learning from his friends Bill Stahl and William Doyle. Bob was a straightforward, honest man with a fierce entrepreneurial spirit that led him to build from the ground up a city-style auction company in the country. Since the early 1960s, the company went from having one full-time employee (me) to over 100. And in 1984, the year of Bob’s passing, Skinner was on the cusp of tremendous growth. Years later, we continue to be inspired by his vision.