BOSTON, MA – August 23, 2018 – On Friday, September 21, Skinner presents an outstanding two-session auction of Prints, Multiples & Photographs and Paintings & Sculpture with over 350 lots spanning Old Masters through contemporary offerings. Robin S. R. Starr, Vice President and Director of American & European Works of Art, notes, “We’re excited about the depth and breadth of the works in the September auction, from a rediscovered Gérôme masterpiece to a considerable number of fresh to the market works from private collections, including of the composer, lyricist, author, playwright, recording artist, and performer, Dory Previn.” 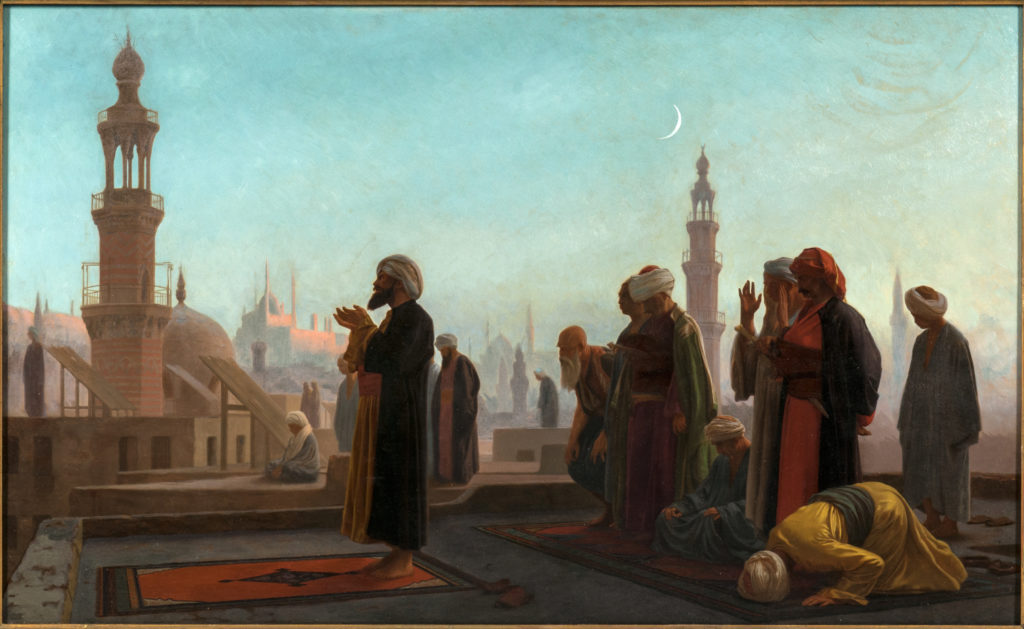 The marquee lot of the sale is by Jean-Léon G érôme. This newly rediscovered orientalist painting called Evening Prayer (Lot 266, Estimate: $400,000-600,000) has been described as a “perfected” version of one of Gérôme’s most evocative compositions, showing Muslim men at prayer on a Cairo rooftop. With all of the technical hallmarks and intellectual nuances of his art, it has recently been confirmed as an original work by his hand, and returned to the artist’s oeuvre. It has not appeared at auction since it was sold at the Christie, Manson and Woods, London, Modern Pictures auction on May 5, 1888. 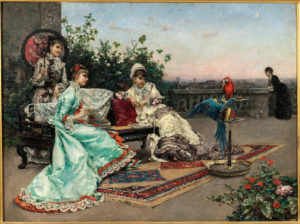 Other notable 19th-century works include Twilight on the Terrace by Julius Leblanc Stewart (Lot 219, Estimate: $150,000-250,000).  From a private collection, this major painting by expatriate artist Julius Stewart, dated 1877, shows elegant figures at leisure on a terrace with a twilight view of Paris in the distance. The three women wear handsomely painted dresses of satin and lace, and exotic details such as the colorful parrots and Japanese parasol add to the opulence of the scene. Stewart studied for a time with Jean-Léon Gérôme and accompanied him on a trip to Egypt in 1874. Starr notes, “The rediscovered Gérôme is such a rare and wonderful find; and to be able to present it with Stewart’s work – also previously hidden away in private hands – gives us a fascinating glimpse into the relationship between master and student.” 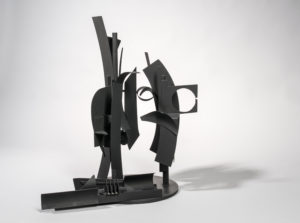 A highlight among the offerings of Modern & Contemporary works is by Louise Nevelson, a leading figure in 20th-century American sculpture. Nevelson is represented by a maquette for the monumental sculpture Sky Landscape I (Lot 373, Estimate: $50,000-70,000). The 30-inch tall welded steel piece displays the elegance of Nevelson’s smooth opaque black surfaces and the balanced fusion of her geometric angles and anthropomorphic curves. The monumental version of Sky Landscape I is currently on view at the Seattle Art Museum’s Olympic Sculpture Park.

Other featured works include:

Features work from the old masters to the 21st century, and is especially strong in 20th-century works. Leading the group is Andy Warhol’s Portraits of the Artists (Lot 108, Estimate: $25,000-35,000); a group of 100 colorful screen printed polystyrene boxes depicting a veritable who’s who of New York’s 1960s art scene. 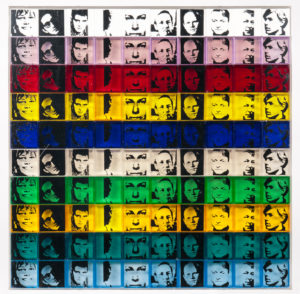 Other featured works include:

A range of 20th-century and contemporary works by such masters as Ansel Adams, Lewis Baltz, Manuel Álvarez Bravo, Henri Cartier-Bresson, Nan Goldin, Kenneth Josephson, Daido Moriyama, and others are on offer. Highlights include: 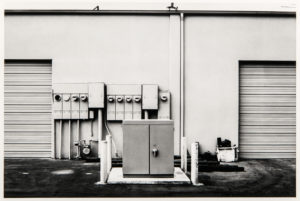