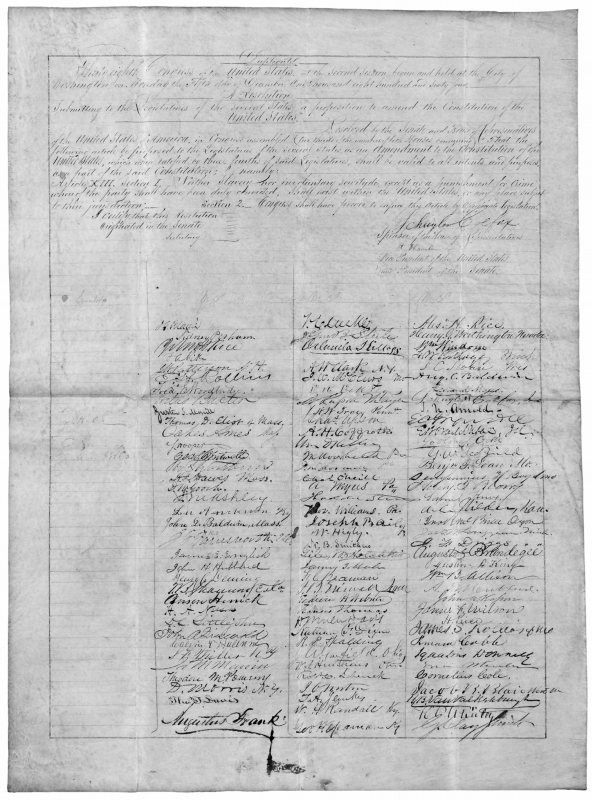 America just celebrated the Fourth of July. For many of us, that means cookouts and family get-togethers, red, white and blue parades, sunshine and fireworks. I know I enjoyed those things this year, and I won’t deny that it was great having three days off. Part of my holiday weekend included a walk through an historic cemetery, and I was struck by all the flags placed on the graves of men and women who served in our country’s armed forces.

My dad, a Korean War vet, uses the very father-like expression “freedom isn’t free.” It often gets boiled down to a sound bite, but it’s absolutely true. The freedoms we enjoy every day in this country all came with a price—turmoil, sweat, tears, and blood.

Think of the July 4th we celebrate—on that day in 1776, 235 years ago, the creators of our nation signed the Declaration of Independence. We’ve sold two early broadside printings of this document, and I’ve written about it previously in our Skinner blog. My favorite line from the Declaration, which shows the fervency and commitment of its authors is this: “…we mutually pledge to each other our Lives, our Fortunes, and our Sacred Honor….” The members of this patriotic brotherhood were risking everything to create our nation.

Skinner’s Fine Books and Manuscripts department often has the wonderful opportunity to offer pieces of history. That’s an expression that gets used in the figurative sense, but in our department’s case we mean it literally. In November, we’ll be presenting an original draft manuscript petition of the XIIIth Amendment to the United States Constitution—the amendment abolishing slavery in our country.

Just writing that sentence gives me chills. Holding the document in my hands is overwhelming. This indescribably important Amendment was fully enacted on December 6, 1865. That was a mere 146 years ago.

The document being sold by Skinner is written on vellum, and signed by members of the House of Representatives. It is essentially a petition—or one could say demand—put forth by President Lincoln (the man who set the foundation for the amendment with his 1863 Emancipation Proclamation), the members of his political party, along with like-minded members of Congress, all of whom were calling for Congress to act on it, and vote in favor of the abolishment of slavery.

It was likely written out by a clerk, and then passed around a table for everyone’s signature. As you can see in this draft document, one of the signers near the end of the line smudged some of the ink. The tops of the columns show that it did not reach Congress, so it was deemed too messy to be used. This draft was intended to be thrown away, but someone felt it was too important, even with the smudges, to be discarded. At this point in time, America was healing—figuratively and literally—from the upheaval and devastation of the Civil War, so even as a partially executed draft, someone in that room that day recognized the importance of the document, and, thankfully, saved it for posterity.

On November 13th, someone will become the new owner of this amazing document, an actual piece of history. I’m lucky to have had a chance to enjoy being with it for a few months. But I’m even luckier—we all are—to be able to prosper in the freedoms that our country gives us every day.