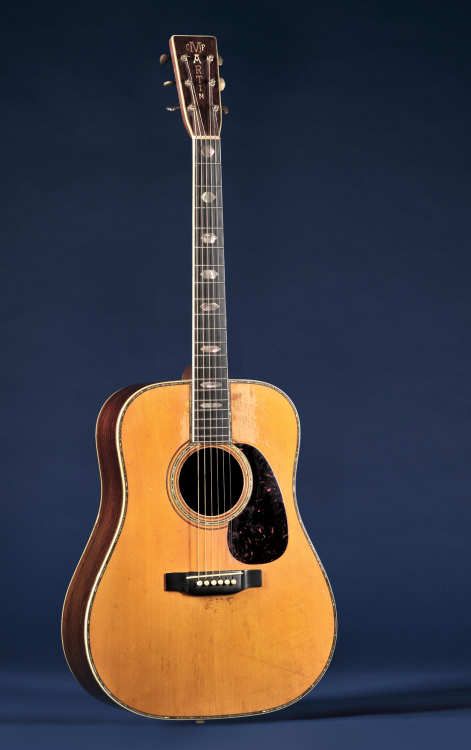 What is it that makes some musical instruments rare or collectible? I can think of several important factors:

These factors combined for a “perfect storm” that made the Martin D-45 the first guitar of the twentieth century to gain widespread popularity as a collector’s item barely 20 years after its production. We are proud to offer one at the Skinner Musical Instruments Auction on November 6, 2011 in Boston, MA.

C.F. Martin & Company had always made guitars in a very conservative style, and was even reluctant to list the D-45 as a regular item in their catalogue. Beginning in 1933, a few dozen were made at the request of famous cowboy personalities and specialty music stores. Gene Autry, Nolan “Cowboy Slim” Rinehart, Tex Fletcher, Jackie Moore and others wanted big guitars that would get them noticed. Martin added more pearl inlay on these instruments than on any D-size guitar that they had made previously, and used only selected pieces of spruce and rosewood of exceptional quality.

In 1938, the D-45 finally merited mention in the Martin catalogue with a one-line description as “a very handsome guitar.” By 1942, a total of only 91 of these rare guitars had been made, and production during wartime ceased. 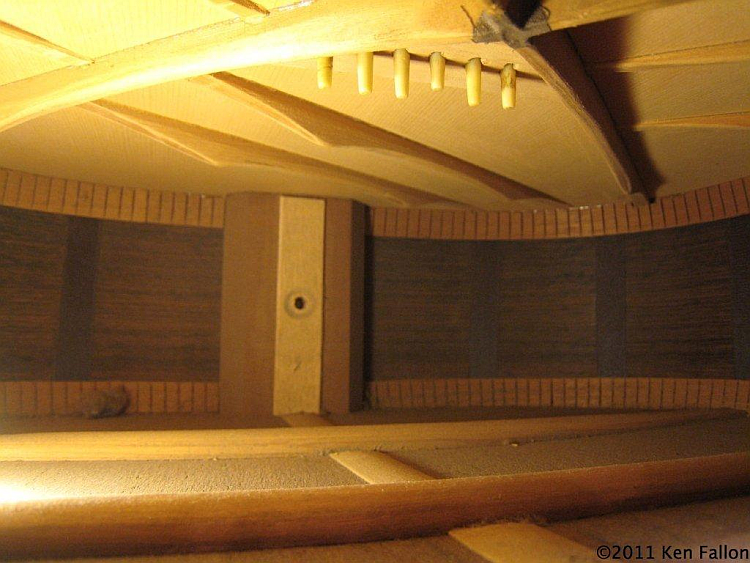 Martin guitars, like Stradivari violins, are famous for their immaculate interior work. Note the shapes of the “scalloped” top bracing, carved to lessen weight on the top without sacrificing strength. This resulted in more sound and a quicker and sensitive response. Photo courtesy Fallon Instruments.

The D-45 coming up in the Boston auction bears the serial number 79583 and comes from the family of the original owner. It was reportedly played on the Grand Ole Opry radio show a number of times, but was never used professionally, so it has the patina of age without showing a career’s worth of pick wear. It is well conserved, having never been repaired or refinished, and retains all of its original parts.

There were 24 D-45s built in 1941, in batches of six. This was the first of the fourth batch. This rare guitar is available for public viewing in our auction gallery at 63 Park Plaza, Boston, MA from November 4th through 6th. The auction estimate ranges between $180,000-240,000.

It was a thrill to pick up and play this guitar. Despite its massive proportions and the amount of pearl trim, it is surprisingly light. Great care was taken to give these instruments the maximum amount of strength with the least amount of materials. How does it sound? Like a house.

13 thoughts on “Perfection in a Rare Guitar: the Martin D-45”