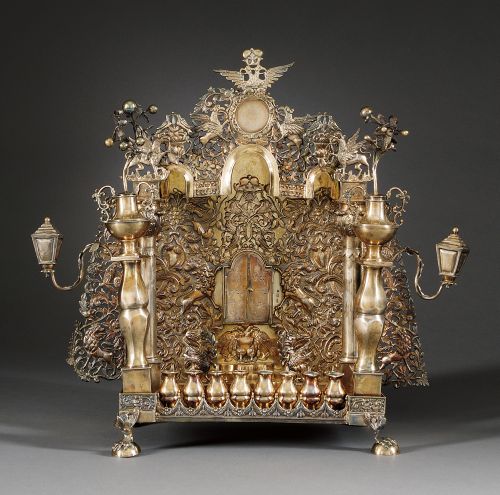 The vast majority of items that cross the auction block don’t have storied pasts. They were not owned by world-famous personalities; they belonged to individuals just like me and you.

In the antiques world, provenance indicates an attachment to a famous person or to a famous collection.  Almost without exception, auction buyers will pay more for something with good provenance if there is documentation to prove it.

Documentation is not just family lore: a fragment of paper in great aunt Mildred’s hand noting the story she heard when she received the item as a gift doesn’t count. Provenance is actual proof. It is the proverbial photograph of Moses holding the tablets on Mt. Sinai. Anything less is just a good story, and will appear in an auction catalogue as “according to the family,” or more harshly “by repute.”

My Fine Judaica auction in 2009 included a collection of antique Judaica that arrived on the doorstep without any provenance laid out. Then a mention of a 1940s Sotheby’s auction made me wonder… and some deft research brought me to a Boston-area reference library where I found the Parke-Bernet auction catalogue for “The Renowned Collection of Jewish Ritual Silver Belonging to Mrs. Mira Salomon.” I was thrilled to see recognizable silver Torah Crowns, Torah Breast Plates, Hanukkah Lamps and more.

This was great! The items in the Skinner Judaica auction were now documented to 1949.

I was in for a surprise, because this wasn’t all.  Footnotes mentioned two prior publications. I tracked down Apollo Magazine from 1929 in the Fine Arts Reference Room of the Boston Public Library. The other source: Hebraica, Documents d’Art Juif couldn’t be found in any area library, so I used the ultimate tool, Google, and located the one copy available for sale at the time online. I purchased the folio and waited for delivery. 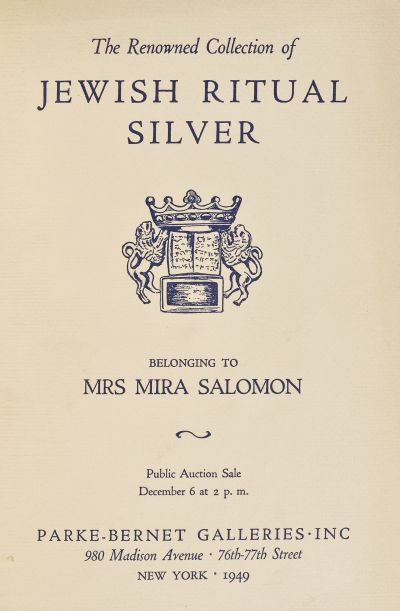 Auction Catalogue for the Salomon Collection 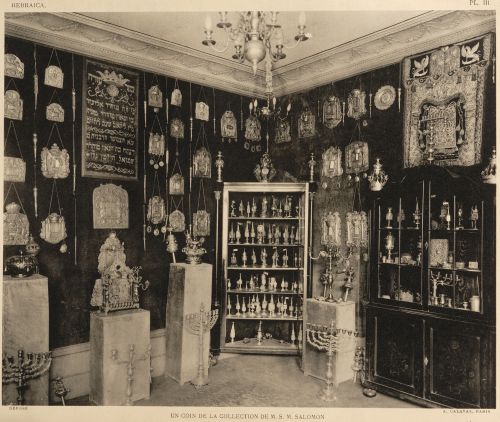 Antique Judaica from the Salomon collection, Paris, c. 1930. Look in the lower left of the image for the Hanukkah lamp pictured above.

It was well worth the wait. The images were fabulous, and to see these very same items that I had been admiring and handling daily in situ in pre-war France was stunning.

I wasn’t alone. For prospective bidders, this information was significant.  The silver items were indisputably old. They belonged to Jewish owners in pre-war France, had survived the Holocaust and were offered at Parke-Bernet (Sotheby’s) in New York in 1949. This was all the information bidders needed to drive prices. The items in and of themselves were special, and the provenance accompanying the silver pushed auction interest to staggering levels. The auction was much more than a sale; it was one more step on a long and storied journey for these remarkable objects.

11 thoughts on “Prove It: Why Provenance Matters for Antique Judaica”