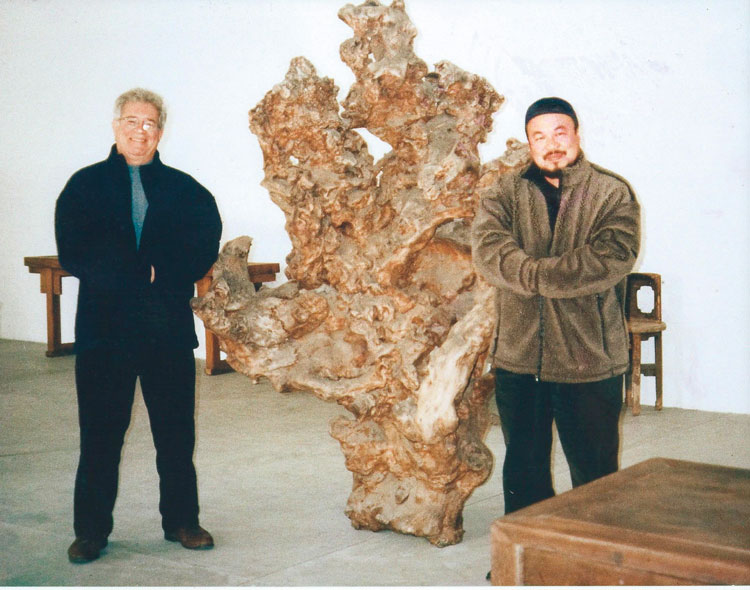 Discerning collectors, dealers, and museum curators of Asian art regularly made pilgrimages to a charming 18th century saltbox home in Wilton, Connecticut: Vallin Galleries. Owned and operated by Peter L. Rosenberg for nearly thirty years until his sudden death in December of 2013, Vallin Galleries was widely regarded as an outstanding source for the best of Asian art and antiques. Skinner is proud to offer Peter’s estate, a testimony to the nearly 75 years of the family business of selling Asian art, in a two-day auction April 26-27, 2014 in Boston.

The story begins with Peter’s mother, Josephine, who opened a lampshade and lamp store on 10th Street in Greenwich Village in 1940. Making lamps from Chinese porcelain vases was very much in vogue at the time and Josephine produced many for the finest homes. As the business grew so did her passion for Chinese porcelains and Asian art. In 1951, she moved to Wilton and established Vallin Galleries. Twenty-five of the lamps, made by Josephine and offered in the sale, were found in one of the large hearths. Buying from families whose forebears were missionaries, diplomats, or businessmen in the Far East and from the 1944 government sale of the Yamanaka Company’s inventory, the gallery was a well-established purveyor of fine Asian art when Peter joined the family business.

Under the direction of Peter and his wife Louise, who pre-deceased him, Vallin Galleries acquired and sold works of art to museums, dealers and private collectors, including the eminent art dealer, author, and scholar, Robert H. Ellsworth, who purchased an extremely rare 15th century altar coffer which is published in his book on Chinese furniture, as well as an 11th century Song period fresco, originally in the C.T. Loo collection, now at the Chicago Art Institute. A Chinese marriage collar, in this sale, was purchased from Vallin in 1986. Objects offered in auction houses frequently have a Vallin Gallery provenance. Like any dealer or private collector, Peter was proud to have sold to the Metropolitan, the Brooklyn, and Los Angeles County museums, among others.

Peter belonged to several professional and educational organizations including: The Art and Antique Dealers League of America, serving as a board member; The Oriental Ceramic Society of London; The Asia Society; and the China Institute. He encouraged and mentored many young collectors and dealers with a generous spirit and a passion for Asian art. He felt that part of the pleasure of the profession came from finding and presenting exceptional material, but, he also felt that the greater pleasure came from welcoming to the gallery people who were serious collectors as well as those who were beginners.

It is with pleasure that Skinner offers what remained in the gallery upon Peter’s death. Since Peter bought aggressively right up to his death, the more than 700 lots in the April 26-27, 2014 Asian Works of Art auction represent treasures still to be had.

Join us in celebrating the life of one of the finest Asian art dealers of the 20th century by participating in this sale.

We would like to extend special thanks to Richard Kenworthy and Yuanfei Bellido for their research and cataloging. 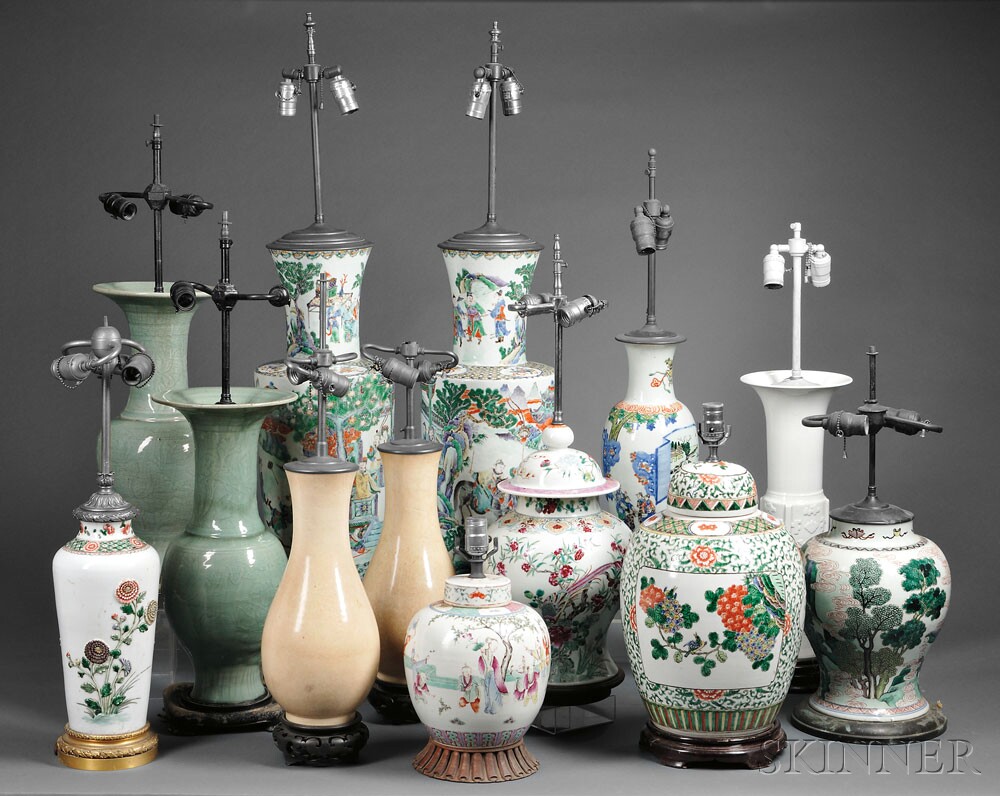 An assortment of lamps from the Estate of Peter L. Rosenberg (Lots 262-270)