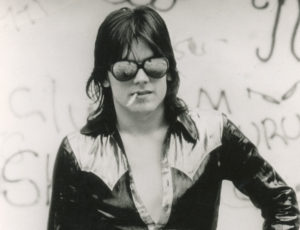 Skinner Inc.’s Department of Fine Musical Instruments will offer two auctions this month. Parts of the J. Geils collection, from the estate of the Grammy-nominated rock musician, will be included in both.

Auction 3051B, Fine Musical Instruments, will be held in the Boston gallery, 63 Park Plaza, at 12 PM on Sunday, November 19. It will feature classical and vintage instruments and related music material. Included will be highlights from the estate of J. Warren Geils Jr, founder of the Grammy-nominated J. Geils Band.

An assortment of violin, violoncello, and viola bows complement the wide array of instruments. There are also numerous Pernambuco boards, violin and contrabass bow blanks, and other lutherie items. 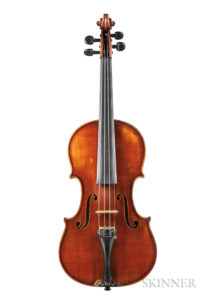 As is customary at Skinner auctions, this sale includes some unusual and unexpected items. Adam Tober, Department Director of Fine Musical Instruments, points to the American Enharmonic Harmonium, James Paul White, Springfield MA, 1883. Tober notes that this distinctive example of the once-popular reed organ “is an experiment in a 53-tone system, rather than the commonly used 12 of equal temperament.” (Lot 1, estimate $1,000-1,500)

Highlights of the portion of the J. Geils collection included in Auction 3051B are two notable guitars:

Geils material in this sale includes an assortment of Gibson and Stromberg guitars as well as numerous Fender and Gibson amplifiers from the 1930s through the 1960s, and personal items such as a Nudie Suit, 1973, jacket, pants and two shirts (Lot 399, estimate $400-600).

Auction 3062T, the J. Geils Collection Online, includes over 160 lots of Geils’ equipment, memorabilia, and personal property. His musical interests ranged from jazz, folk, soul, and blues to the pop-rock which was the signature sound of the J. Geils Band’s eleven albums released between 1970 and 1985. 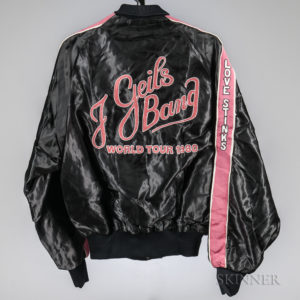 The eclectic assortment of items includes:

Best known as a guitarist, Geils also played the trumpet and cornet (he played trumpet in the Northeastern University marching band and played jazz trumpet early in his professional career). Numerous examples from a variety of makers are included (Lots 1080-1169).

Skinner auctions draw international interest from buyers and consignors alike, with material regularly achieving record prices. The company’s auction and appraisal services focus on fine art, jewelry, furniture, and decorative arts from around the globe, as well as wine, fine musical instruments, rare books, Asian art, clocks, Judaica, and more. Monthly Skinner Discovery auctions feature a breadth of estate material.  Widely regarded as one of the most trusted names in the business, Skinner appraisers have appeared on the PBS-TV series, Antiques Roadshow, since the show’s inception. Skinner has galleries in Boston and Marlborough, Massachusetts, as well as in New York City and Miami, Florida, with bidders participating in person, by phone, and online. Join auctions live with SkinnerLive! and Bidsquare. For more information and to read our blog, visit the website at www.skinnerinc.com, find us on Facebook, or follow us on Twitter and Instagram.