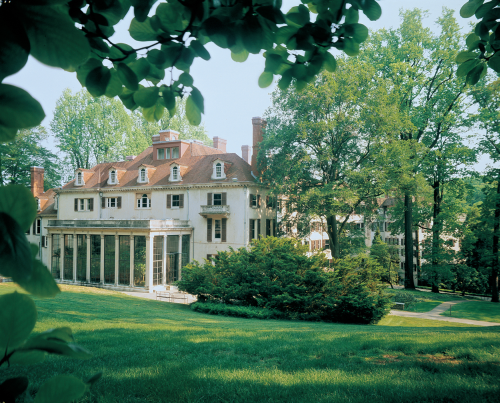 Paint, Pattern and People: Furniture of Southeastern Pennsylvania, 1725–1850 is much more than just an exhibit on antique furniture. The well-documented objects chosen for the upcoming exhibition at Winterthur give us a window into people’s lives in an area that was home to incredible cultural diversity.

Skinner spoke with Wendy A. Cooper, the Lois F. and Henry S. McNeil Senior Curator of Furniture, and Lisa Minardi, Assistant Curator of Furniture for the Southeastern Pennsylvania Furniture Project, about what it was like to put together this fabulous exhibition, which opens on April 2, 2011 in Winterthur, Delaware.

Skinner: Why did you choose Southeastern Pennsylvania as the focus for the exhibit?

Wendy: Southeastern Pennsylvania had not been closely examined to understand the exact places where objects had been made. Our approach was to look at well-documented objects—either we know who made them, or we know very firmly who owned them. We wanted to look holistically at the region and its peoples  to debunk the myth that the area was entirely Pennsylvania German.

Lisa:  A lot of people have persisted in thinking that, but in fact, Pennsylvania was the most culturally diverse of the 13 colonies.

Skinner: Who were these diverse groups of people?

Lisa: The first section of the exhibition is all about People, both English and German-speaking. Then it’s further divided by religious groups: Quakers, Presbyterians, and the different German groups including smaller sectarian groups like the Moravians and the Schwenkfelders.

Skinner: Does each group have a certain aesthetic or ornamental style?

Wendy: Our perspective has been that it is risky and also probably not true to say, “Oh, these are Quaker objects.” We may know that something is an object owned by a Quaker or made by a Quaker, but identifying where things were made or owned reveals localisms.

Lisa: Exactly. It’s hard to say there’s a “Mennonite aesthetic” because we’re finding that the Mennonites had some very colorful painted furniture in Bucks County, and then in Lancaster County we see Mennonites who were making very different-looking objects.

Skinner: It sounds like the region of Southeastern Pennsylvania where someone lived dictated style perhaps more than his or her cultural heritage. What are the other sections of the exhibit about?

Lisa: After People, we look at the localisms of painted, inlaid, and carved decoration: the Paint and Pattern. The third section is on Families, where we’re looking at pieces with very specific provenance. The final section of the show is on Makers. There we look at the craftsmen, and we have a number of signed pieces. 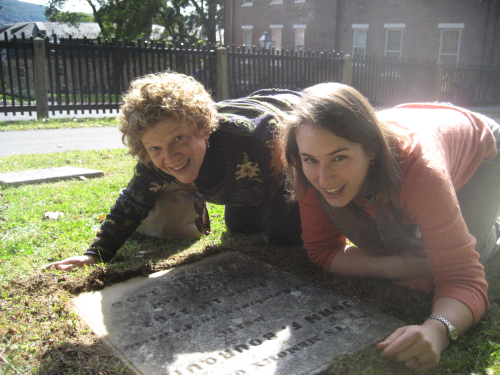 Skinner: How did you choose the items for this exhibit?

Wendy: We went to probably 250 places, from private collections to museums, and we only chose things to which we could attach people, and hence a place. In the future, a lot of the things that we’ve been able to document will become touchstone pieces that will help relate a piece with no history to a specific area within the region.

Skinner: It sounds like a fabulous show! What else is there for New Englanders to do in the Winterthur area when we come down to visit?

Wendy: You should plan a long weekend. There are so many other places within a 50-60 mile radius of Winterthur. There’s Longwood Gardens, the Brandywine River Museum, the Delaware Art Museum, and the Philadelphia Art Museum with wonderful collections that complement what you will see at Winterthur.

Skinner: Thanks Wendy and Lisa. Take a virtual tour of the exhibit, or leave a comment below if you’re planning to see Paint, Pattern & People at Winterthur.

4 thoughts on “The Story behind the Exhibit: Paint, Pattern and People at Winterthur”