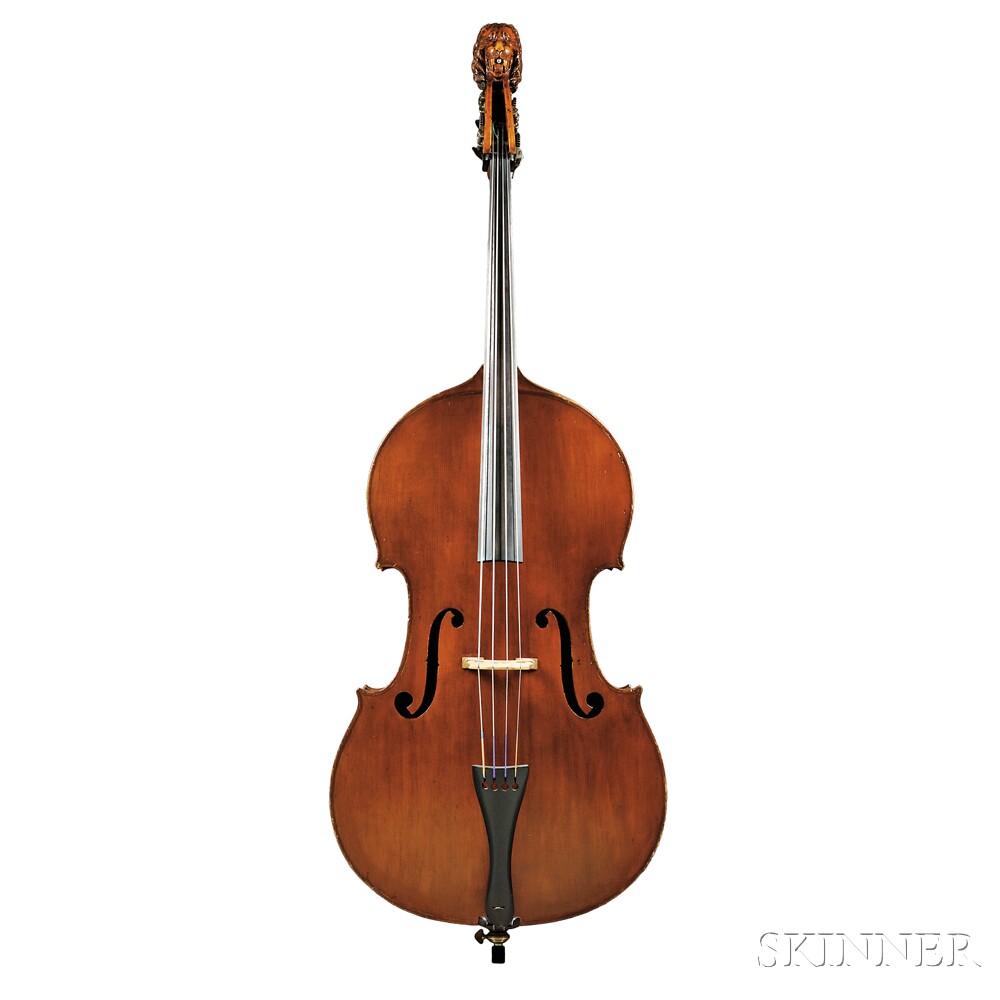 In a somewhat rare event, Skinner is pleased to offer two outstanding double basses in the upcoming April 13, 2014 Fine Musical Instruments auction. One bass is ascribed to Auguste Sebastien Philippe Bernardel and the other is made by Gragnani. They are accompanied by two wonderful double bass bows.

Auguste Sebastien Philippe Bernardel was born in 1798 in Mirecourt and died in 1870 in Bougival. A gifted maker, he was one of three giants among the French makers of the eighteenth and nineteenth centuries alongside Lupot and Vuillaume.

This double bass, ascribed to Bernardel, is a handsome 7/8 size double bass (113 cm in length) with a curved swell back and modeled on the Stradivarius pattern. It was made in Paris in the late 1840s and possesses a well-proportioned outline and cleanly cut F-holes. Instead of a scroll, the bass is crowned by a gorgeous carved lion’s head with a diamond set in the back of the throat. This instrument has a deeply glowing orange-reddish-brown varnish, is amazingly well preserved, and shows only a few minor repairs.

A highly desirable instrument for either for orchestral or solo work, a player needs only brush the strings and the sound that emerges is amazing. It comes as no surprise that this instrument was used by one of the best bass players of the 20th century: Frederick Zimmerman (1906-1967). 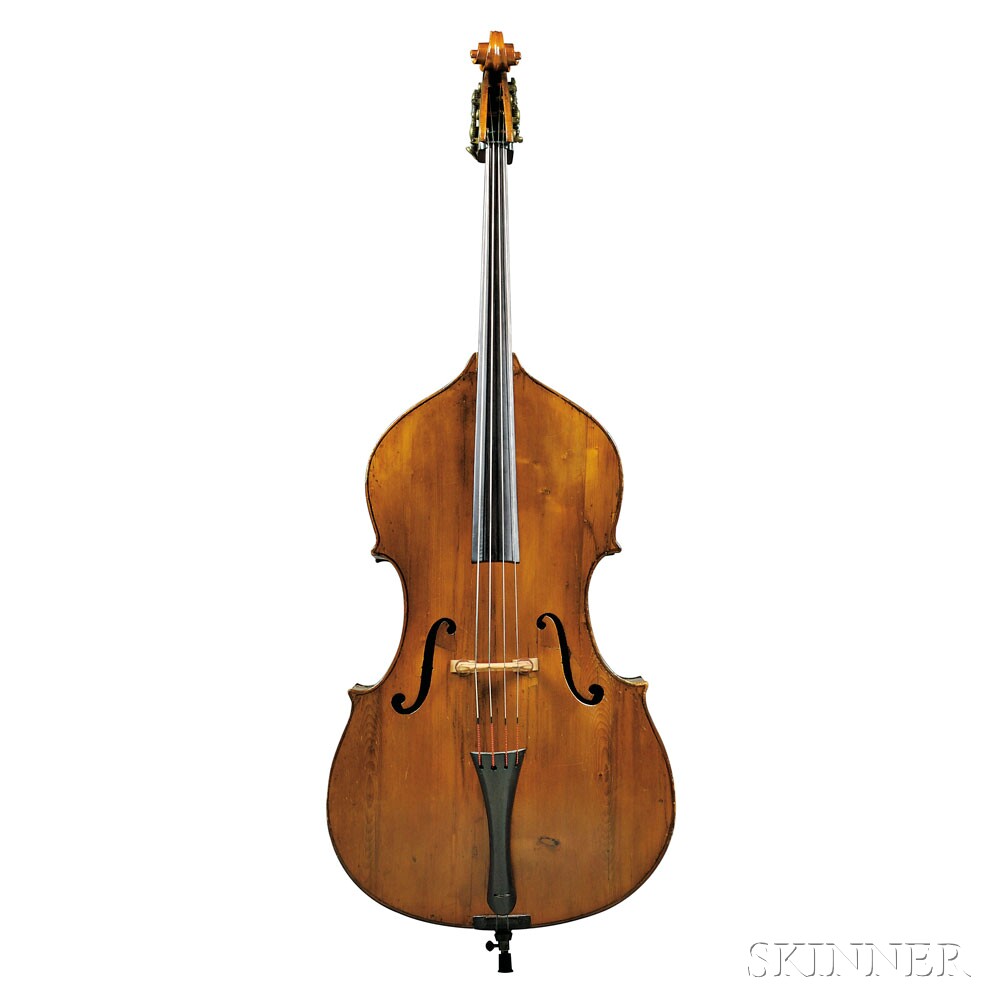 A renowned performer and teacher, Zimmerman was a member of the New York Philharmonic from 1930 to 1966, where he served as both assistant principal and principal bassist. He was on the faculty of the Juilliard School, Mannes, the Manhattan School of Music, NYU, and Columbia University. Zimmerman has often been referred to as “the father of bass teaching in the United States.”

The second double bass to be offered is a 7/8 size Antonio Gragnani, labeled Antonius Gragnani Fecit Liburni 17. . . Born in Livorno in 1740, Gragnani is not one of the better-known Italian makers. Nonetheless, the classic proportions, elegant craftsmanship, and excellent tonal properties make his work admirable. This particular instrument has a swell back (measuring 113 cm), ribs and scroll made from fruitwood. It possesses a clear, robust sound which carries throughout a large concert hall, yet speaks perfectly, with the capability of articulating even the fastest staccato or sautillé with absolute clarity: truly a player’s dream.

These basses are also accompanied by two excellent French-style double bass bows. The first, by Marcel Lapierre is silver-mounted with an ebony frog and weighs 127.5 grams; the second, stamped “L. MORIZOT” is also silver-mounted and weighs 120 grams.