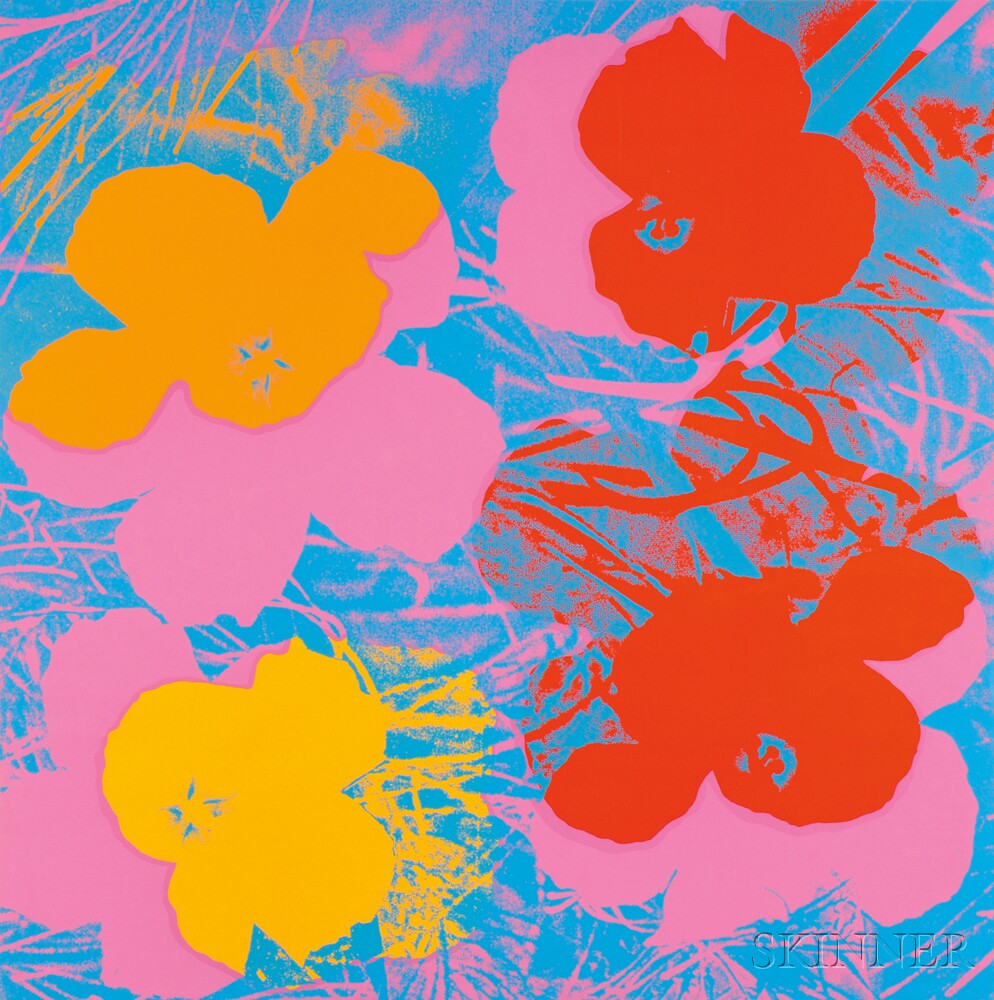 This article is featured in the Journal of the Print World, January 2016 issue.

“Andy Warhol is best known for his iconic subject matter: Marilyn Monroe, Jackie Kennedy, and Elvis Presley. His paintings marry these motifs with screenprinting to express the commercial nature of his work; its manufacture over its customized production. His printed work encapsulates this same idea, and further heightens a sense of mass-production.

Warhol is often associated with celebrity, but he also had an interest in inanimate objects or still life. The most famous was his Campbell’s Soup Cans of 1962. While the cans were hardly traditional still life subjects, they were decontextualized still lifes nonetheless. Warhol’s still life works also featured more traditional subjects, namely flowers. Some of his earliest florals were featured in his In the Bottom of my Garden of 1956.” 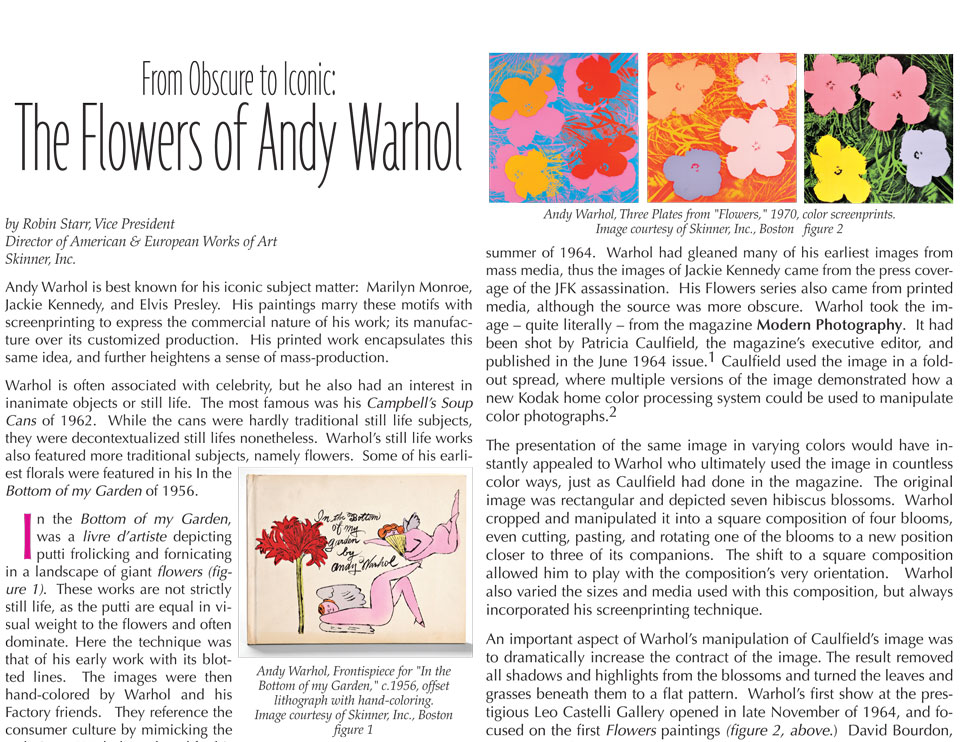