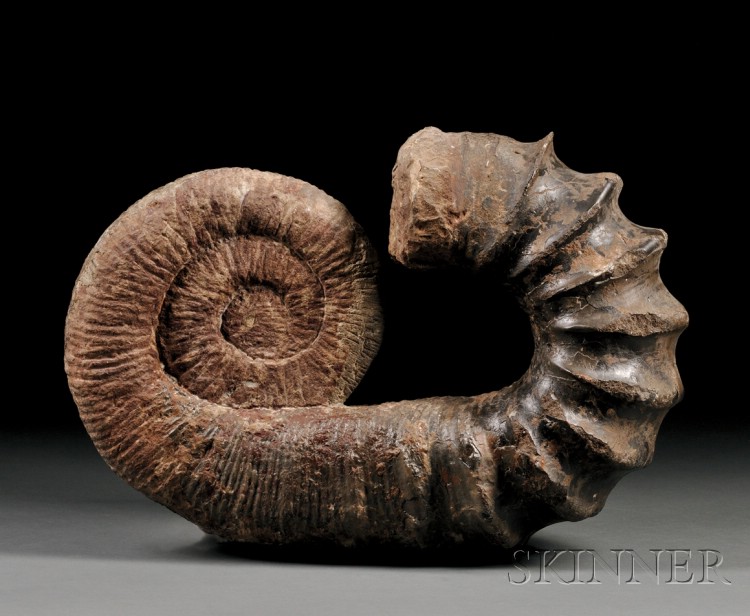 “Antiques—Old and New” reads the sign on a less traveled rural road in Maine. “New” antiques, may seem like an oxymoron, but it all depends on your point of view. At the next Science, Technology and Clocks auction to be held on June 2, 2012, really, really, old antiques will be offered: a private collection of fossils 10,000 to 600 million years old! Compared to that, your typical 19th century clock is pretty new.

Rocks and the fossils contained within them are the oldest “antiques” on planet earth. Single-celled organisms in the form of blue-green algae found in shale and sandstone in South Africa are thought to be 3.2 billion years old. More complex fossils of organisms with bones and skeletal structure date from the Cambrian period, 500-600 million years ago, and examples abound in the important private collection we have coming up for auction.

We are proud to be temporary custodians of old or “new” antiques, and our collections serve as somewhat of a time capsule, preserving a once very alive past. These really, really old antique fossils were trapped in sediment and then hardened into rock over millions of years, offering us a glimpse into the beginning of life as we know it.

3 thoughts on “The World’s Oldest Antiques: Ammonites, Trilobites, and Crinoids”