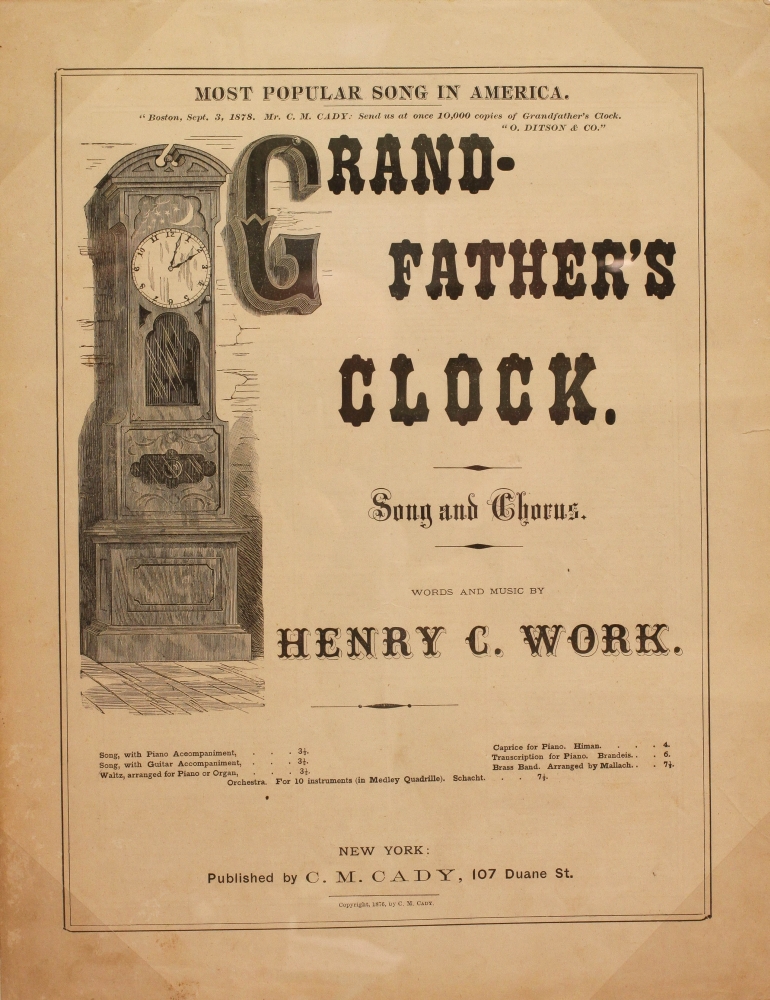 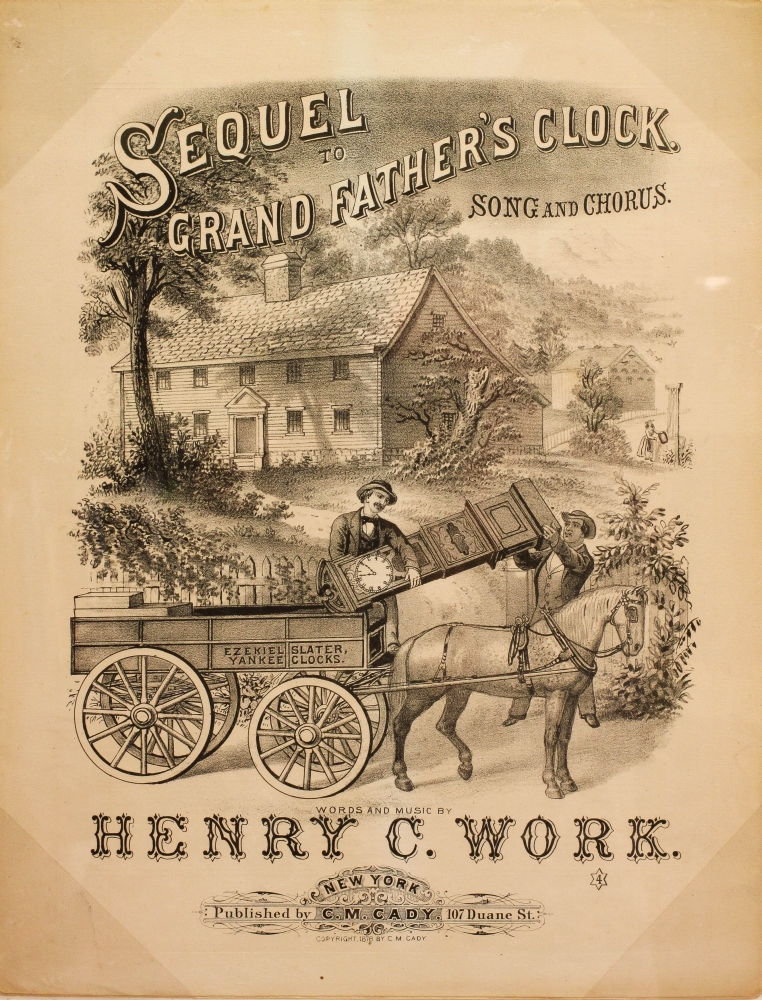 Henry Clay Work’s “Grandfather’s Clock/Song and Chorus” came out in 1876. To the background sounds of a clock ticking, the four-verse song included the lines: “My Grandfather’s Clock was too large for the shelf, so it stood ninety years on the floor…It was bot’ on the morn of day he was born, and was always his treasure and pride…But the clock stopped short, never to go again when the old man died.” This was a simpler time, without television, computers, or mobile phones to occupy people’s time, and the sheet music for this song sold over 800,000 copies! Due to the overwhelming popularity of the song, the misnomer “Grandfather clock” stuck.

But what name is correct for these timekeepers? The answer isn’t so simple.

Decorative arts scholars over the last 100 years have worked tirelessly to hone the terminology of numerous furniture forms to more closely match the names used in the 18th or 19th century. For example, “high chest” has replaced “highboy;” “dressing table” replaced “low boy;” and the “bureau” became a “chest of drawers.” Tuned-in scholars of the 20th century also renamed the common wooden bucket found in numerous sizes a “firkin,” only to learn much later that in the 18th century, the common form was simply called a “bucket.”

When we look back to discover a common name for the “Grandfather clock” before the influence of Work’s song, we find a number of different names: tall clock, hall clock, longcase clock, floor clock, and others.

The English inventors of the form called the stately timekeeper a “longcase clock” throughout the late 19th through 21st centuries, while Americans during the same period called theirs “tall clocks.” During the 20th and 21st centuries, some writers, including those writing for museum-sponsored publications, have combined these regional names into one doubly-wrong term: “tall case clock.” 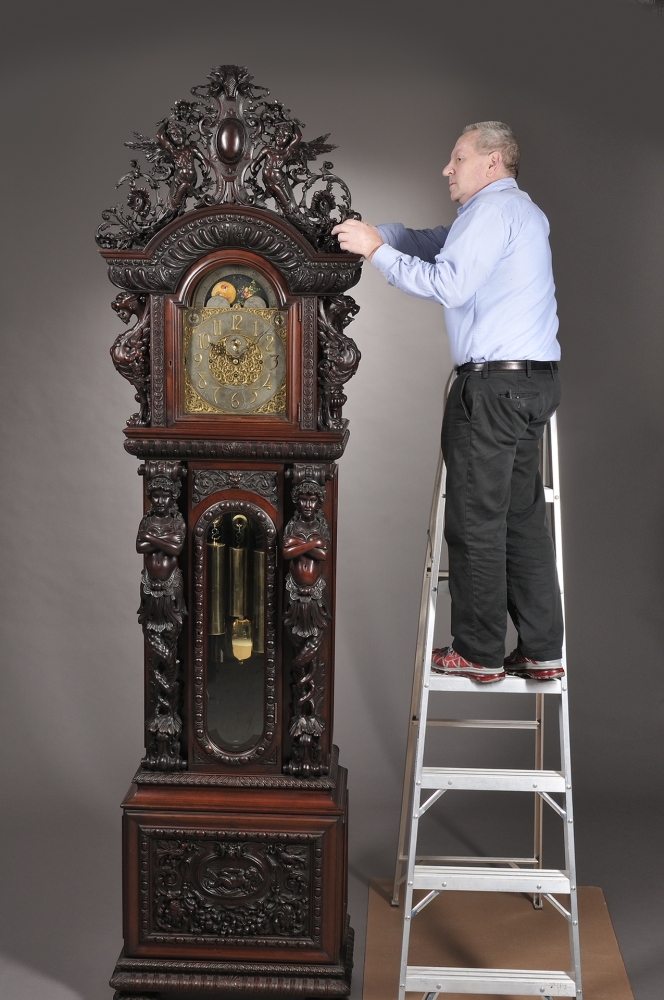 All clocks of this form are powered by weights. Both the time-keeping “train” (a series of connecting gears that transfer power from the source to the pendulum) and the strike “train” (gears used to power the strike) have 12-14 pound lead or iron weights hanging from cat gut cords. Gravity pulls down these weights, running the clock, until the bottom of the case or the floor stops the run, and the clock stops as well.

Throughout the 18th century, makers of these weight-powered clocks consistently called them “8- day clocks.” Mechanically, these were constructed in such a way that the weights could power the clock for one week, with enough weight fall left over for any forgetful owners who forgot to wind the clock on the seventh day. The height of the clock combined with the mechanical wheelwork generate the 8-day duration. Interestingly, early forms of this clock weren’t cased. Only late in the 17th century did cabinetmakers get involved in building a case around those tempting weights and pendulum — which provided hours of fun for mischievous children and kitty cats alike.

By 1876, the 8-day clock was a well-established form among clock-makers, though the public called these clocks half a dozen names interchangeably. The stage was set for Henry Clay Work’s notorious song, which forever changed the clock’s name in popular culture.

As the child who grew up with a “Grandfather clock” in the corner becomes a young adult, he gazes at the Roman numeral dial, the heavy weights, and the back and forth motion of the brass pendulum. No matter what name he uses for this mechanical work of art, it’s clear that the clock is there to tell time, just as it has for over three centuries.

2 thoughts on “My Grandfather’s Clock: The Many Names of This Floor-standing Timekeeper”