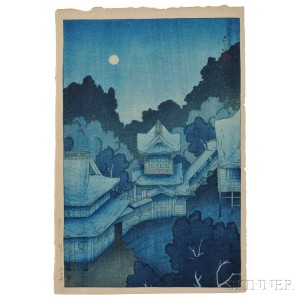 We are honored to present “Hasui and His Contemporaries” at auction on November 22, 2014 in Boston. Dr. Irwin J. Pachter’s extraordinary collection features pre-earthquake and pre-war prints by renowned Japanese painter and printmaker Kawase Hasui (1883-1957). Sadly, Dr. Pachter passed away on September 4, 2014 at the age of 89.

“Kawasi Hasui and His Contemporaries: The Shin Hanga (New Print) Movement in Landscape Art” was first exhibited at the Everson Museum of Art in 1986, and then traveled to the University of Michigan Museum of Art. Mr. Pachter summed up his collection in 1986 when he said, “It’s going to leave you singing when you get through this. There are so many colors.” Since the exhibitions, the collection has been in storage. This fall, the public finally has a chance to view these works for the first time in decades.

Dr. Pachter began collecting shin hanga in the 1970s during frequent trips to Japan as vice president of research and development for Bristol Laboratories in Syracuse (now part of Bristol-Myers Squibb). As his collection grew, he bought from auction houses and galleries outside of Japan. In his careful notes, he provided the provenance of many of the prints which have been included in the catalog.  The over one hundred prints in the auction attest to his keen eye, his understanding of the shin hanga print and its technical innovations, and his discipline in selecting prints in the best condition. 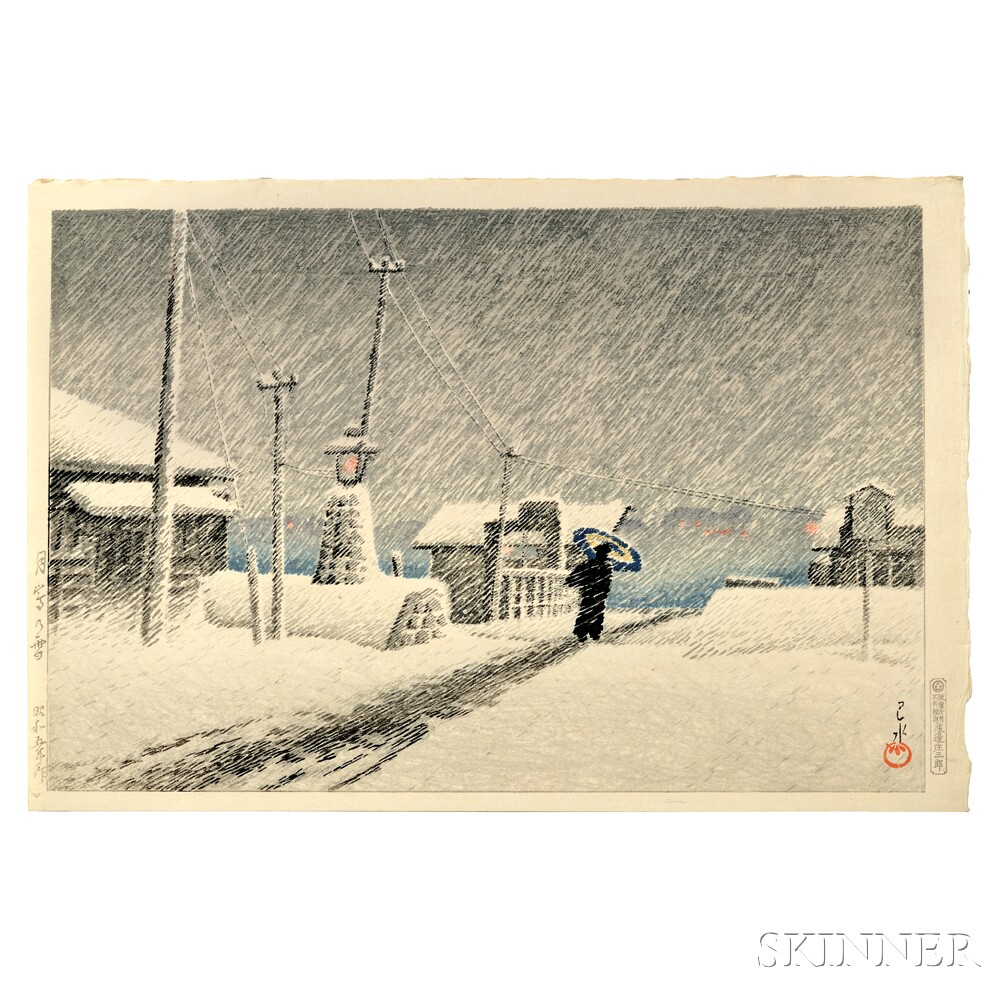