Expert appraisers of all manner of fine art and decorative objects work together at Skinner auction house to find, appraise, and research rare, beautiful, and historically important items. In this blog series, we will meet some of these experts and learn the stories behind their success. 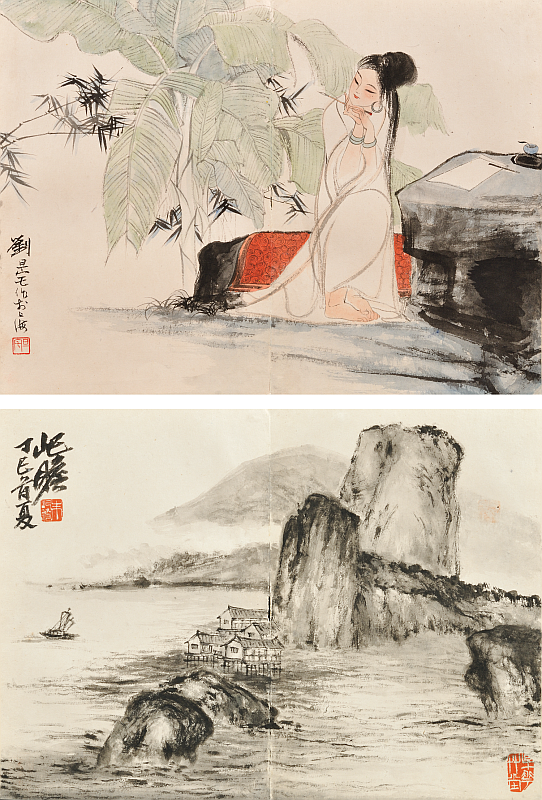 When did you first travel to Asia?

While I was in graduate school studying Asian art, my husband had a sabbatical, and we took it in Japan. Before that, I’d visited Japan once or twice, but living there allowed me to immerse myself in the culture. I also went to China for several weeks, very soon after the country had opened up to the West. After I opened my gallery in Boston, I returned to Japan regularly looking for material.

What types of objects did you buy on these trips?

My interests have always been with traditional Japanese art, not art that was created for export from Japan. This covers a time span from prehistoric ceramics right through to the early formation of the Meiji period. At this time, a lot of artists still created traditional paintings and ceramics. After 1868, Japan opened up to the rest of the world, and I found that material after this time had too much Western style and influence for my taste. I stuck with early ceramics, Buddhist art, and paintings, as well as some folk art.

Did you keep any great finds for yourself?

I decided that it seemed counter-intuitive for me to keep my best things as I bought them over the years. If you do that, clients notice. They say, “She’s got the best things, and I want those.” To avoid this conflict of interest, I decided to collect post-war Japanese art. I’ve built up an impressive collection of post-war Japanese oil on canvas, etchings, modern etchings, and sculpture.

What made you decide to start that collection?

In the early days when I had just opened my gallery, I would go to auctions in New York, and I would see these post-war Japanese paintings. They were beautiful, and nobody was buying them. So I started buying them, and developed a whole new area of interest.

It was great fun, but I do think that out of all of the antiquities I found, I probably should have kept one or two!

Is there a particular object that you really regret selling?

Yes, it was a magnificent hand scroll by one of the great artists of the Rimpa school named Honami Kōetsu, featuring gorgeous calligraphy, paintings, and gold and silver. I wish I had kept that. But it’s very hard to keep merchandise like that and keep a business going.

When you give seminars or speak about Asian Art, what is your favorite topic?

I like to do a survey of Japanese art starting from very old prehistoric art and early ceramics through the influence of China coming in. There isn’t much exposure in the West to Asian art or culture. I’m so thrilled to have learned about these different cultures and to now have the opportunity to share my knowledge and experiences.

The next Asian Works of Art Auction will take place April 20th and 21st in Boston.