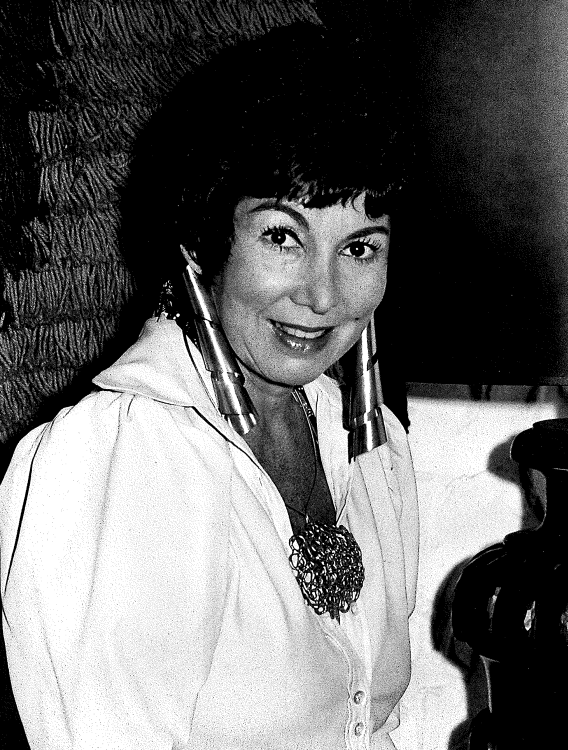 Joan Sonnabend opened her tiny gallery at the Plaza Hotel in New York in 1973. She started with a one hundred piece collection of “sculpture to wear.” Included among the pins, necklaces, bracelets, and rings were works by such artists as Man Ray, Pol Bury, Picasso, Arp, and Calder. After Sculpture to Wear opened, many artists sought out Sonnabend, hoping to create items for the gallery. She became friendly with many of them, and maintained these relationships for many years.

From the time she graduated Sarah Lawrence with an art degree, she always knew she wanted to open a gallery. She never considered herself a jeweler, but rather an art dealer. She sold fine art works by important and emerging artists; only these pieces were meant to be worn rather than hung on a wall or set on a sideboard.

In 1973, the Institute of Contemporary Art in Boston, mounted a show called “Jewelry as Sculpture as Jewelry.” The intent of the show was to elevate body ornament to the level of art. It showcased artists and jewelers who were especially interested in using multiple or unconventional materials.

Joan Sonnabend’s gallery at the Plaza was, in part, responsible for the exhibition and the creation of a market for artists’ jewelry. 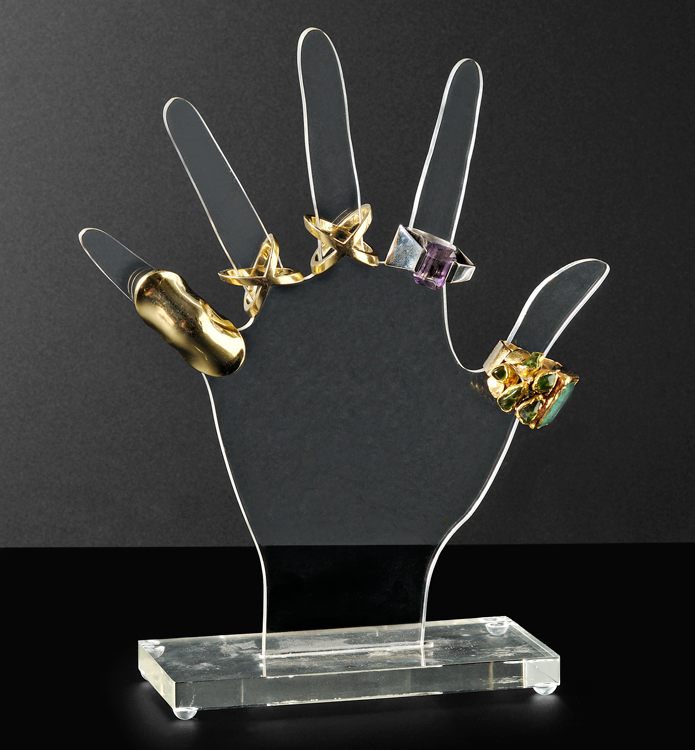 Artist Jewelry from the Estate of Joan Sonnabend to be auctioned on September 11, 2012 in Boston. Rings by Robert Lee Morris, Gem Montebello, and Janiye.

For me personally, Joan opened my eyes to the interplay between jewelry, sculpture, adornment, and art. She always believed in the power of art and remained an art dealer until her passing.

We are pleased to offer her personal collection of jewelry and of artist jewelry at our Fine Jewelry Auction on September 11, 2012.

Joan Sonnabend influenced numerous people with her insight and passion, and helped many artists begin their careers. Robert Lee Morris is among the jewelry artists she discovered and represented at her gallery. A few years later, Morris opened up his own gallery, ARTWEAR, and went on to represent  over 400 jewelry artists and host over 50 exhibitions.

8 thoughts on “Sculpture to Wear: Artist Jewelry and Joan Sonnabend”