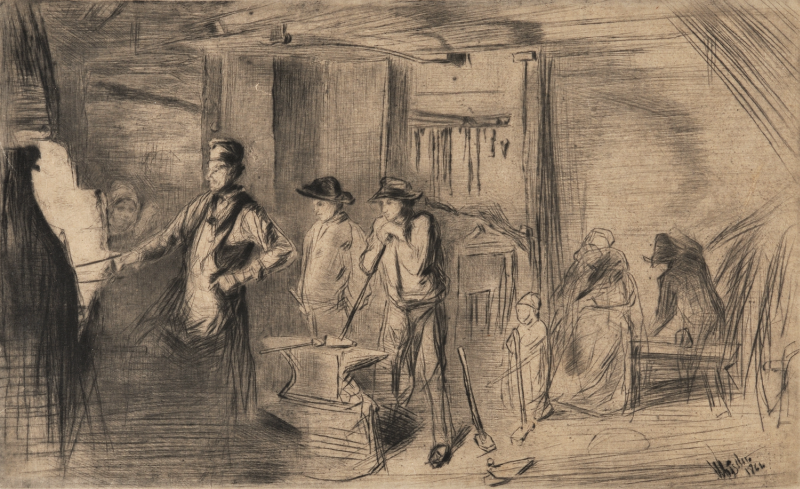 James Abbott McNeill Whistler, one of America’s most influential painters, was born locally in Lowell, Massachusetts. Best known for his semi-abstract, Tonalist arrangements of color and his irascible temper, he once sued art critic John Ruskin, claiming the latter’s comment on the painting Nocturne in Black and Gold (The Falling Rocket) was libelous: “I have seen, and heard, much of Cockney impudence before now; but never expected to hear a coxcomb ask two hundred guineas for flinging a pot of paint in the public’s face.”

Both his temperament and compositions are indicative of Whistler’s passionate and energetic approach to art. These same qualities are visible in his numerous etchings. Whistler was drawn to etching by his brother-in-law, the great British etcher Sir Francis Seymour Haden. Whistler’s skill with the etching needle seems to have come to him instantaneously. Even in his earliest attempts, his use of line is expressive and emotive, and shows a fluidity generally reserved for artists who have had lengthy practice with a medium.

Whistler’s etchings are often compared to those of Rembrandt, both in terms of their immediacy and use of line. For Whistler, a subtle change in a jagged line can utterly transform what that line expresses. A subtle shift in the rhythm of a squiggle can make the difference between a whiff of steam or smoke and the wake behind a barge on the Thames. 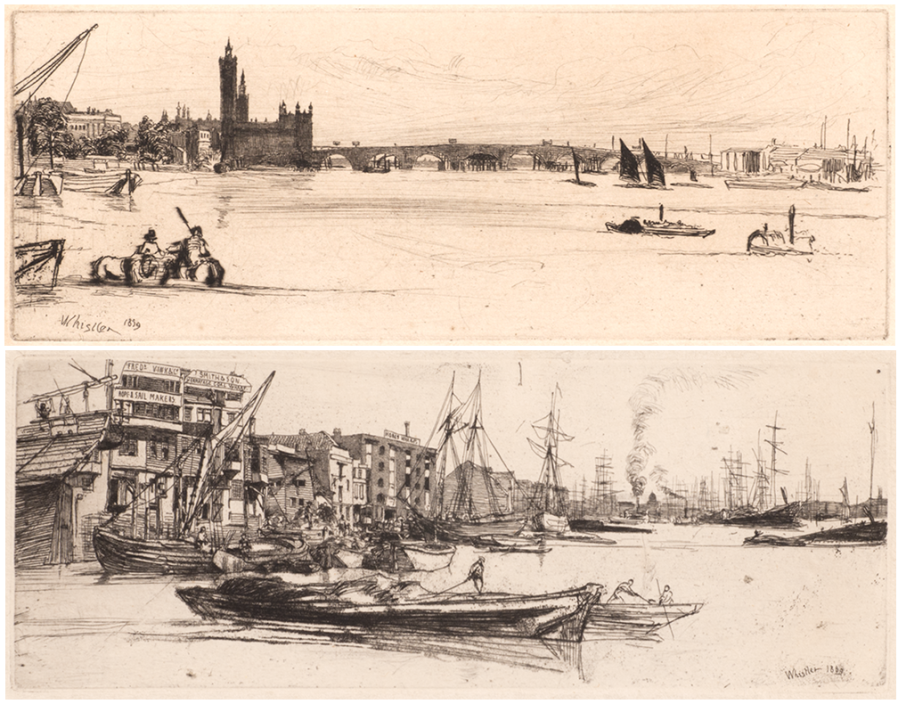 Whistler’s earliest etchings—the first published was a group referred to as the “French Set”—showed careful observation of the visible world, very much in the manner of Haden. In the late 1850s and early 1860s, Whistler created a group of images that would become the nucleus of his 1871 set “Sixteen Etchings of the Scenes on the Thames.”

Two of these, Thames Warehouses and Old Westminster Bridge, exemplify this sense of careful and studied recording of his surroundings, from large, recognizable landmarks to detailed signs posted on the warehouses themselves.

While the trend in late 19th and early 20th century American and British printmaking was towards an increased sense of controlled detail, exemplified by the likes of D.Y. Cameron, James McBey and John Taylor Arms, Whistler’s freewheeling, frenetic energy imbues his works with a rare immediacy.

Also included in the Thames series was an interior view titled The Forge. While this image clearly delineates the workings of a blacksmith’s shop, the crisp detail of the aforementioned river views gives way to a shadowed and atmospheric composition, more concerned with arrangements of light and dark, than with observable details. These qualities foreshadow new characteristics that Whistler developed in his later etchings.

Impressions of all three of these Whistler etchings will be included in the September 9th American & European Paintings and Prints auction.

These early works show the confidence and bravado of an accomplished print maker. Given the immense popularity of Whistler’s paintings, however, today’s market can’t help but fall in love with etchings that reflect the moody and atmospheric qualities in his paintings, as foreshadowed in works such as The Forge. The atmosphere of The Forge is heightened in a mix of shadow and reflection, but all is created through line. Granted, the very specific inking and lack of wiping of the plate for each printing helped as well.

For another example, take an impression of his Nocturne: Palaces that we offered in 2008. It was printed from a cancelled plate, meaning a plate that the artist had defaced to render it unprintable (a common practice when a plate has become over-worn from printing). In spite of the large grid of cross-hatched lines marring the image, the impression retains all of the ambience and moodiness of Whistler’s iconic Venetian views. The etching, estimated at $4,000-6,000, sold for $20,145.

Whistler’s mastery of the medium of etching was swift and complete. To capture some of it for yourself, we invite you to participate in the print auction on September 9th. 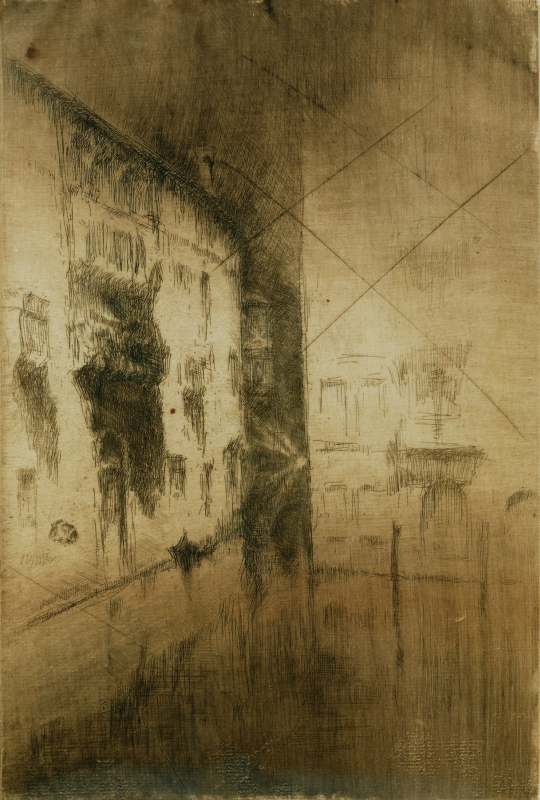 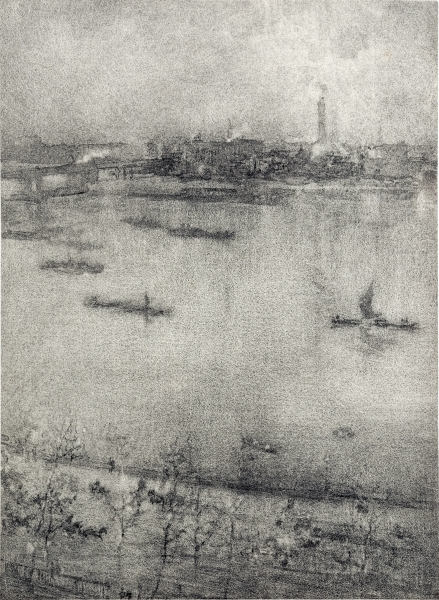