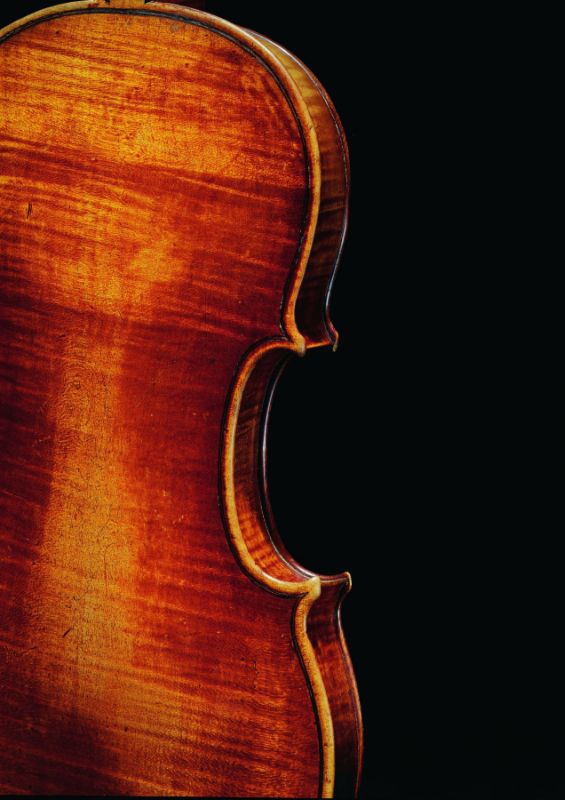 For over a century, modern string players have found that Italian violins from Naples can satisfy the need for a first professional quality instrument at a fraction of the price of those by Northern Italian makers. Many, including soloists, continue to use the same Neapolitan violin throughout their careers without needing to upgrade to something older and more expensive. Even while political and economic conditions of the day meant they were literally “working for pasta,” the makers of the Gagliano family and their followers were capable of building masterpieces. They produced instruments of great sound power and projection thanks to some of their own innovations.

By the end of the 18th century, the brilliance of the northern cities of Cremona, Venice and Mantua had been eclipsed by decades of war, plague, and shifting economies. The southern port city of Naples was emerging as the new cultural center of Italy, where instrumental music, opera and theater thrived. Alessandro Gagliano, (c. 1640-1735) was a mostly self-taught Italian violin maker born into the aristocracy just outside of the city. His instruments are rare; they are self-styled and a bit rugged, but have a thick, richly pigmented varnish rivaling the Cremonese in quality of intense color and fire.

How Alessandro Gagliano learned of this varnish is a mystery, but it is now supposed that he may have encountered the wayward Omobono Stradivari, traveling to Naples to seek his fortune away from the confines of his father in Cremona.  Although Alessandro Gagliano violins are considered highly desirable concert instruments, the original pattern was never used by his sons Nicola and Gennaro, who instead chose to imitate Stradivari and the even more famous Jacob Stainer. Today, the instruments of Gennaro and Nicola stand out as the finest of the family.

The family trade grew with successive generations and their violin making gradually turned away from the “boutique” business of Stradivari and Guarneri. The Gagliano workshop employed not only Nicola’s sons Ferdinando, Antonio, Giuseppe, and Giovanni, but outside workers as well in order to stock a large mercantile. As commercial considerations became more important than ever, the whole family, except for Gennaro , eventually abandoned the slow-drying oil varnish of the classical Cremonese school for a faster alcohol-based shellac formula that had been long used by Asian artisans.

Followers soon appeared in the same locale who imitated Gagliano violins very closely, most notably Lorenzo Ventapane, (1740-1843) whose best work is still taken today to be by the Gaglianos.

The Gagliano name continued well into the 19th and even the 20th century, the last makers of note being Raffaele and his son Vincenzo, whose work eventually lost out to mass-produced German instruments. The last Gaglianos managed to rebuild a large business in the manufacture of violin strings, and by 1925, the firm of Vincenzo Gagliano and Sons closed after more than three hundred years of family tradition.

Despite a reputation of cutting a few corners and compromising the quality of materials, the Neapolitans made great sounding Italian violins that have come to embody a more “modern” Italian attitude of spontaneity and passion, always with an underlying beauty and verve.

8 thoughts on “A More Affordable Italian Violin: The Neapolitan School”