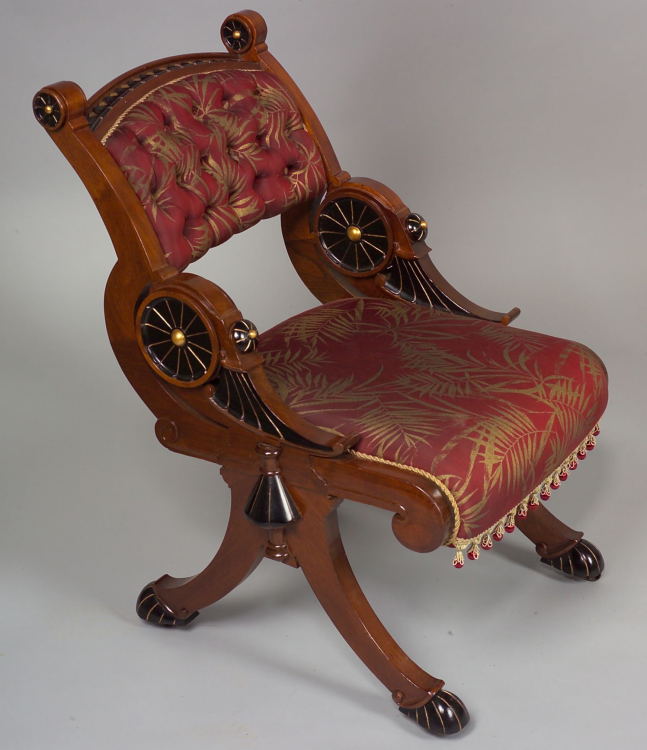 I have been seeing a trend in the Boston area when it comes to Victorian homes. Home-buying opportunities abound, and I’ve met more than a few “young collectors” who speak admiringly of the ornate woodwork, beautiful hardwood floors and unique build-ins of their new Victorian homes.  Although they realize they purchased gems, what they might not have thought about is how affordable it is to furnish their new homes with period designs.

I’ve overheard it said that Victorian antiques and Boston don’t agree – but that’s certainly not true in my experience. New York City housed the biggest powerhouses of design and manufacture in latter part of the 19th century, including Herter Brothers and Pottier & Stymus, but Boston had plenty of purchasing power, and museums and collections are plentiful here. Most importantly for collectors, great buys can be had if you know what to look for.

When looking to buy Victorian furniture or antiques to decorate your home, keep in mind  that the majority of furniture manufactured in this country during the revivals that make up the Victorian period was mass-produced. Familiarize yourself with the techniques and materials used, and you’ll know when you see something worthy of a second look.

Here are three suggestions to help you discern the extra touches that set the best American Victorian furniture apart from the rest. 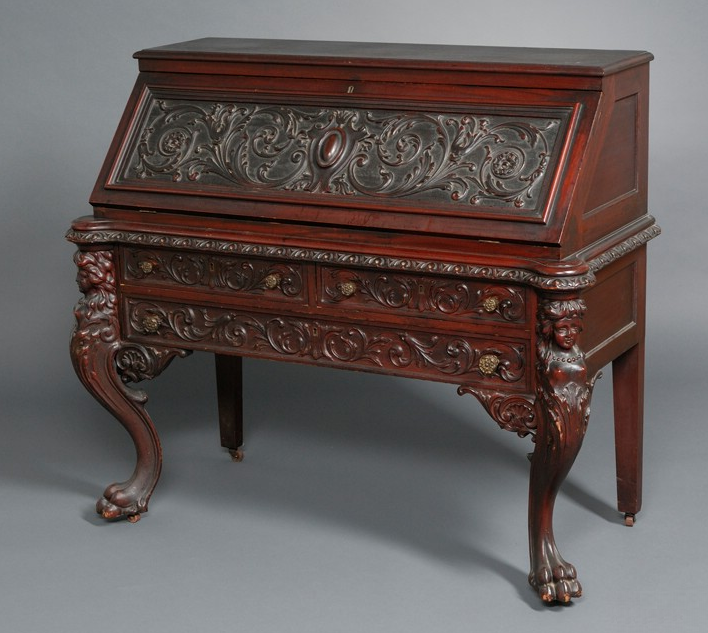 Remember that Victorian furniture was manufactured — often in great quantities — and the techniques used to create decoration and ornamentation were also machine-produced or involved cheaply manufactured components. The finished product was typically sold through mail order catalogues and showrooms. Local woods were the material of choice for the most common Victorian furniture, and these examples often feature shallow chip carving and flimsy metal embellishment. They could be produced cheaply at the time and remain inexpensive today.

I recommend looking for rarer, higher quality Victorian furniture. Keep an eye out for more expensive and sometimes exotic woods, such as rosewood, intricate inlay, porcelain plaques or roundels, and well-cast and detailed bronze mounts or embellishments.

Look for examples that can be attributed to a designer or manufacturer.  The industrial revolution saw an energetic melding of patented designs with furniture manufacture.  John Henry Belter, Kimbel & Cabus, Herter Brothers, and Merklen, to name a few, all made distinctive designs that can be attributed based on signatures, hallmark components, or finding a match in extant 19th century sales catalogues. Familiarize yourself with the appearance of the best examples, then you’ll be able to recognize one when you see it.

Condition is important.  Be wary of pieces that have been refinished, repainted, re-ebonized, have missing parts, or have touched-up gilding. Condition issues such as these may not be a deal-breaker, but it’s something you should be aware of going into the purchase. Assess what the piece is and what has been done to it over the years.

My favorite story? A consignor brought in a side cabinet years ago upside down in the bed of his pick-up truck.  Clambering up for a better look, I noticed that the drawers were also in upside down. The consignors told me that I was wrong; it was meant to be this way. In fact, the Herter Brothers rosewood and inlaid side cabinet had spent  decades with its feet protruding in the air because the gallery was missing and the eight ring-turned legs looked fine as is.  At auction, the price soared and the buyer was able to replicate the missing parts from other documented examples, so in this particular instance the losses were not a deterrent for the prospective buyers.

In his post on how to buy American Antique Furniture, Stephen Fletcher suggested five guidelines to help young collectors acquire affordable antique furnishings.  These could apply equally as well to furniture produced in the latter part of the 19th century. If I had to distill my advice down to one line, I would say, “Look for stellar design.” 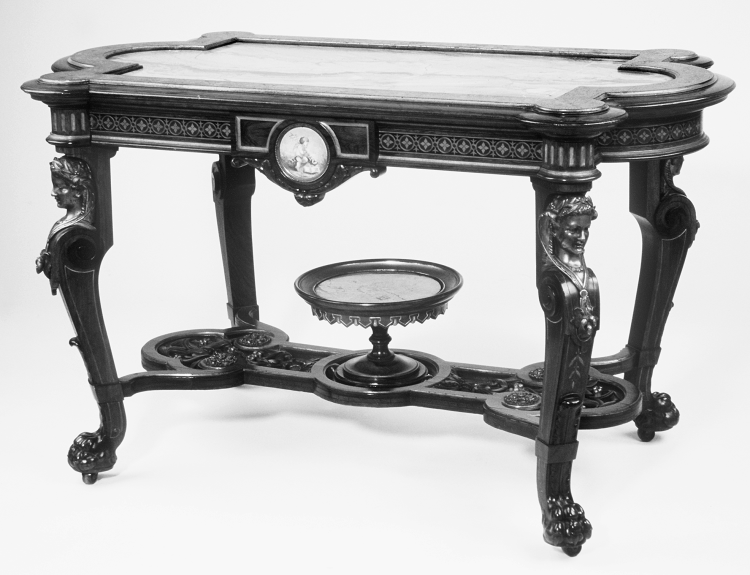 13 thoughts on “How to Buy American Victorian Furniture: A Guide for New Collectors”