One of my first jobs when  I began working at Historic New England in 1987 was to oversee a cataloging project funded by the National Endowment for the Humanities that focused on the extensive collection of furniture housed in the Haverhill collections facility. This was to be Historic New England’s first cataloging project in which we entered a broad range of information into a database system. As I recall, each field was limited to a certain number of characters. Imagine descriptions that could be no longer than today’s tweets; instead of BFFs, we had MMVs – furniture made with mahogany and mahogany veneers. 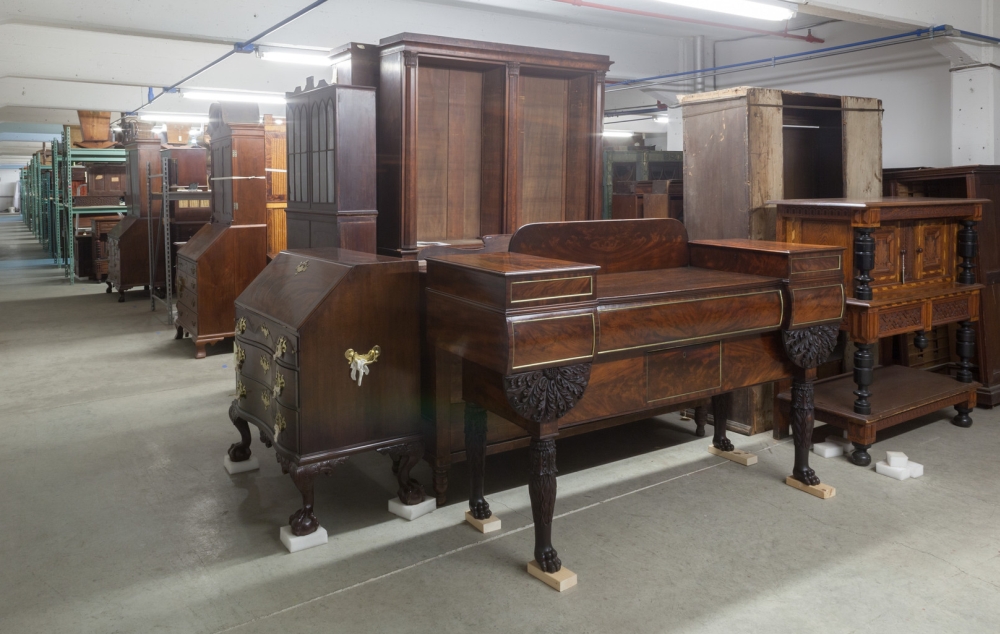 In the decades since that cataloging project took place, we have added countless pieces of furniture to the collections (including two complete households), and vastly improved our capacity to record data and share information on line. The Four Centuries of Massachusetts Furniture project gave us the chance to revisit the Massachusetts furniture in our collection and to upgrade the occasionally dated catalog information that was still in our database system.

Of the more than 6,000 furniture items in the collections, we can identify around 800 that were made in Massachusetts, far more than furniture from any other state. We applied for and were awarded a grant from the Americana Foundation that enabled us to hire a curatorial fellow to focus exclusively on this project.  Emily Morris, recent graduate of the Smithsonian Corcoran history of decorative arts master’s degree program, has been working with us for close to a year to update the catalog information for our Massachusetts furniture. She is an engaging writer whose task has been to take dull descriptive information about each piece and turn it into narrative. 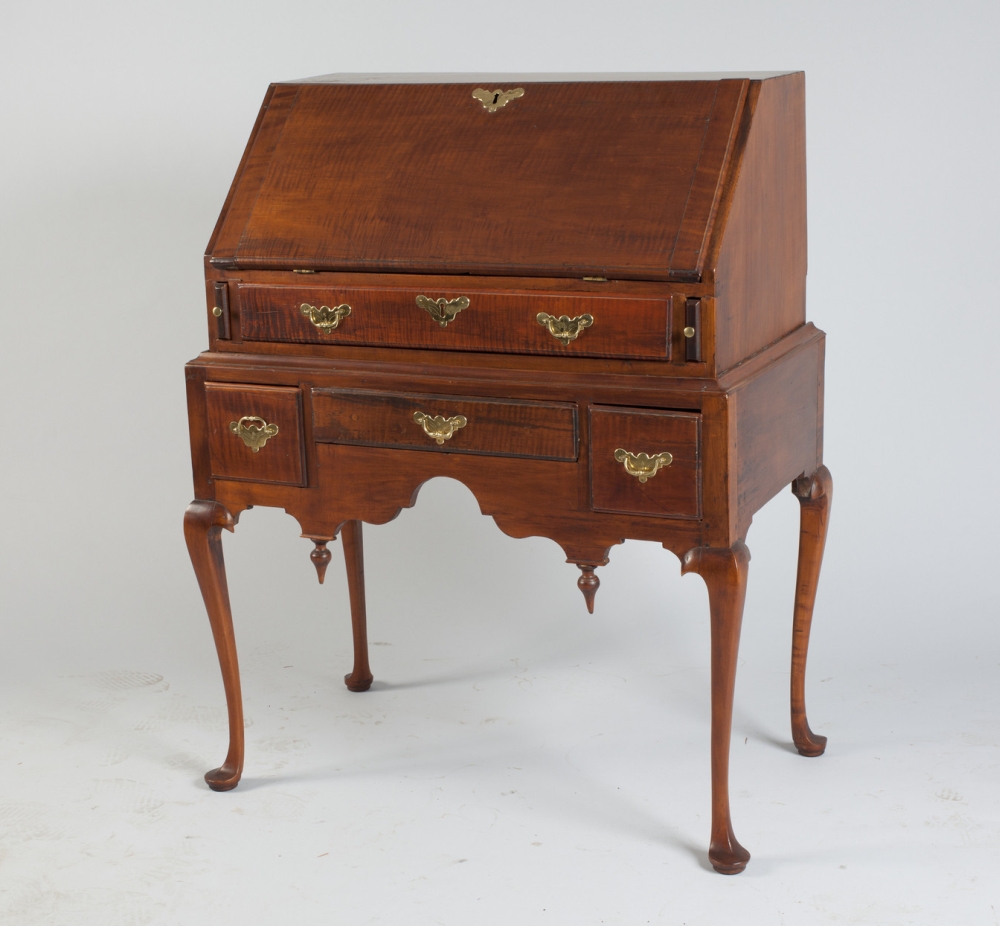 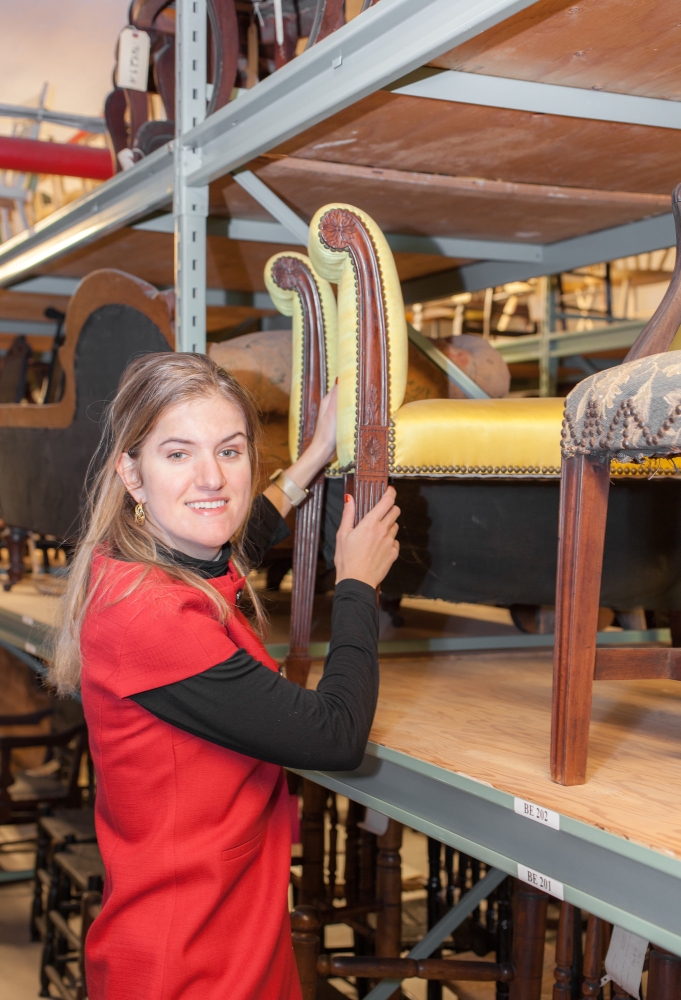 Now, instead of reading only a description that duplicates what can be seen in the adjacent image, viewers will read a more nuanced label that provides historical context. For instance, before Emily’s work, a mid-18th-century desk-on-frame from Newbury was described: “Hard maple, soft maple, and butternut with white pine and other secondary wood. Fall-front opens to reveal central door flanked by applied columns….”  Now we read: “In the 17th century, before the development of traditional desks, people used boxes with slanted lids to write on. Before long, these boxes were elevated to a convenient height by the addition of a tall frame. This desk-on-frame, produced about 1735-1760 in the Newbury, Massachusetts area, with its cabriole legs and pad feet, represents a stylistically updated version of a 17th-century form.”