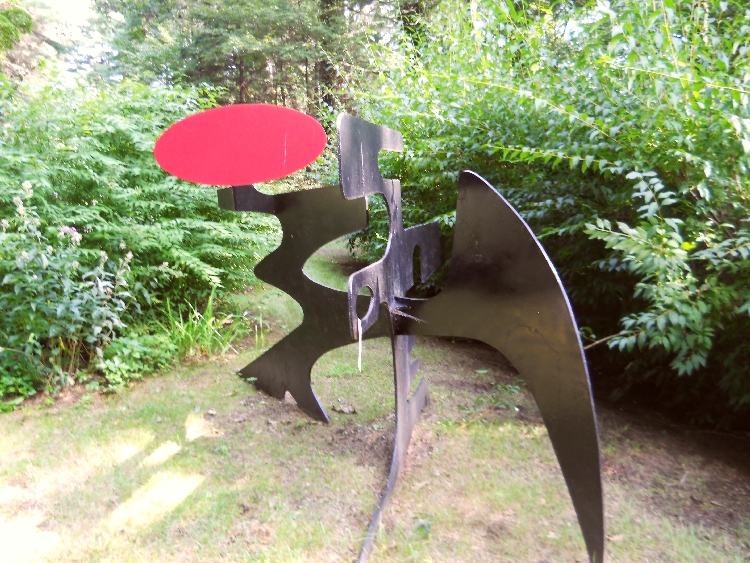 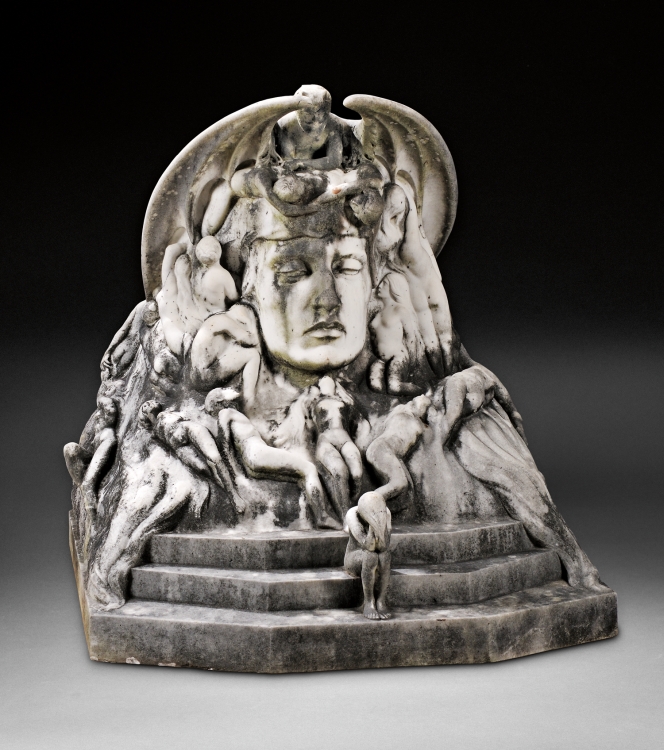 What you see outside your window can be as important as the furniture and decorative arts that you live with inside – especially in the winter.

Imagine that the snow is falling over a sleeping garden, and you pass by this red and black geometric composition by Balder as you head inside. That pop of form and color makes a huge impact against the white and brown landscape.

Over the years, I’ve had several opportunities to observe how 20th century sculpture transforms the design of outdoor environments.

It started when I was walking the property of an estate in the summer of 2012. The five-acre property was comprised of a main house with an attached greenhouse. Across a  large field from the house was an early 20th century board and batten sculptor’s studio.

As I walked across the high grass of the field, I noticed this figural hooded sculpture with naked bodies adorning the top and sides. It was indeed a surprise to find such a complex work of raw beauty in this quiet New England field. This sculpture sold for $7,200 in our 20th Century Design auction on December 15, 2012, a benefit for the Harvard Conservation Trust which helps preserve property for the greater good.

My second experience with outdoor sculpture came during a visit to a beautifully maintained mid-century modern home set in a woodland location. The owners, an artist and an architectural engineer who had collected in the mid 20th century, were leaving their beloved property for new adventures.  They had drawn inspiration and solace from the gardens and paths that surrounded their home. Tucked amongst the rhododendrons and the walkways, I discovered dozens of delightful and sophisticated works of art.

Placed into the right natural environment, a garden sculpture can become something more than just an interesting form. It becomes an extension of nature and may even take on a personality that changes with the seasons.

Which of these sculptures would you most love to have in your backyard?