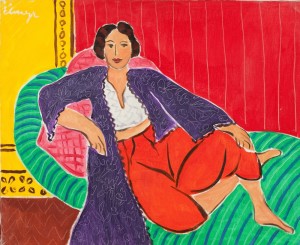 In 2006, the documentary film Who the #$&% Is Jackson Pollock? introduced the general public to the Byzantine process of authenticating works of art. Not surprisingly, this is a subject that hits close to home, as my colleagues in the Skinner American & European Works of Art department and I spend a tremendous amount of time researching works of art and reaching out to authentication experts. Since the release of that film, things have only become more complex in this high-stakes and highly litigious world. The Pollack-Krasner Foundation no longer authenticates works. In 2011, The Andy Warhol Art Authentication Board announced it would no longer accept requests to authenticate works. As top works of art continue to command record prices, it becomes more and more important to separate real works from reproductions or forgeries, and also more and more difficult to authenticate anything with absolute certainty.

The Michele & Donald D’Amour Museum of Fine Arts, part of the Springfield Museums, has an exhibition filled with fakes and forgeries (yes, there is a difference!) in the show Intent to Deceive, on view through April 27, 2014. The show looks at the lives of five 20th century forgers and traces the rise of their “talents” and their downfalls. The works of Hans van Meegeren, Elmyr de Hory, Eric Hebborn, John Myatt, and Mark Landis create a literal “rogues gallery” as they amaze the viewer with their skill, hubris, and chutzpah. 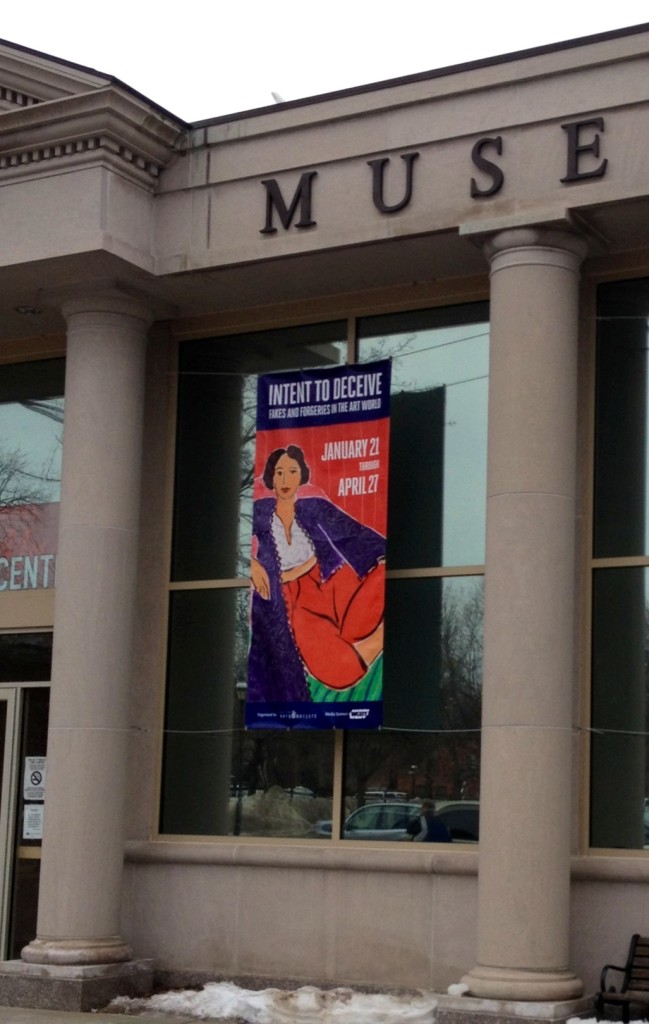 The entrance to Intent to Deceive at The Michele & Donald D’Amour Museum of Fine Arts in Springfield, MA

Fakes are copies of a master’s work, and forgeries are invented compositions meant to imitate the style of a master. In the exhibit, each false painting is presented in comparison to genuine works. I found the works of these five artists both disturbing and revolting; the experience reminded me of a car wreck that you don’t want to see, and yet can’t look away from.

After becoming familiar with the techniques of these five felons, visitors to the exhibit are given the opportunity to judge for themselves what is authentic and what is not. The exhibition ends with a series of unlabeled comparisons of work by (or imitating) Daumier, Matisse, Toulouse-Lautrec, and Laurencin. The test is tricky — just like the forgers — so be careful!

Several themes run throughout the exhibition. Greed was the primary motivator for all five artists, although Landis’ greed was not for money. Landis craved attention, and the rush of being treated like a V.I.P. Each artist chose his path in part due to anger and frustration at being rejected by the art world when working legitimately. Three of the five are dead, and each of these came to a bad end. Eric Hebbron was bludgeoned to death on a street in Rome. Van Meegeren had two heart attacks before his trial. Elmyr de Hory killed himself rather than face extradition to France.

It seems that no amount of money or fame gained from forgery makes up for the serious detrimental nature of a criminal career.