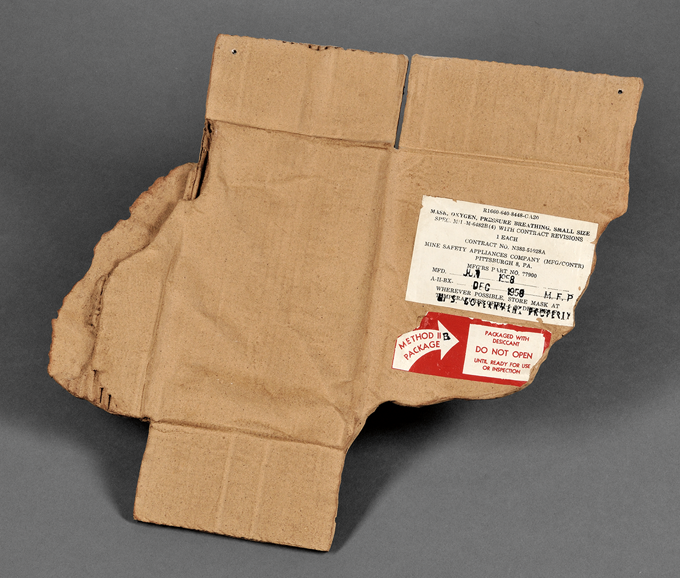 Next time you come across an empty cardboard box, take a close look at it before you find a trash can– or better yet, a recycling bin. Does the box look like art?

It very well could be considered fine art, especially by someone like artist Robert Rauschenberg.

“Tampa Clay Piece” (1972) isn’t actually made out of cardboard. This work is a fired and silkscreened ceramic, but it derives from Robert Rauschenberg’s long-standing practice of creative reuse. It was inspired by Rauschenberg’s move to Captiva, Florida, where he found the cardboard box to be the most common type of waste on the street.

Rauschenberg’s works of modern art are characterized by the re-appropriation of found objects and images. In the mid-1950s to early 1960s, he developed a series of Combines, which incorporated bits of waste gathered from his walks through New York City streets.

These Combines blurred the boundary between two-dimensional art and sculpture, but they also had a social dimension. For Rauschenberg, they were about the joy of discovery and re-discovery, giving back, and taking his role as a temporary custodian of materials in the world seriously. The present work relates to his Combines and is part of a series he began in 1971 called Cardboards.

“Tampa Clay Piece” (1972) reminds us that through creativity, one has the power to transform the ordinary into the extraordinary. Look for the work in our upcoming American and European Paintings and Prints auction on May 20th.