Signed documents, such as letters, manuscripts, memos, and other important papers, are one of the fastest growing collecting areas at auction. The personal nature of signed documents connect us to the world’s most important figures, and the stories that they reveal make history come alive in a way that no textbook ever could. If you wish to collect a little history of your own, follow these tried and true tips.

1. Autograph vs. autographed, and other slightly confusing terms of the trade 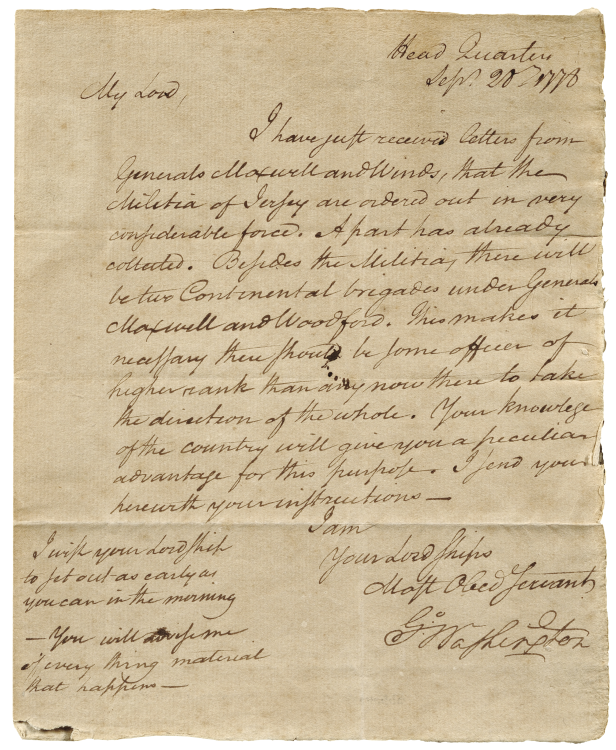 In the world of manuscript collecting, there are terms of the trade that are slightly different than their common usage. Most people refer to a famous person’s signature as an autograph. However, in the manuscript world, the term “autograph” means that a document has been hand-written by a notable person. If it has been signed, it is simply described as “signed.”

Another slightly different usage of a term in the regular world versus the manuscript world involves the word “manuscript.” Normally, this term generally refers to a document, such as a draft of a novel. However, in the manuscript collecting world, this means a document that was hand-written by someone, possibly an unknown hand. So, here’s where the rubber meets the road: when something is referred to as “autograph letter signed” (often shortened to ALS), it means it was hand-written AND signed by the same figure. If it is called a “manuscript letter signed,” (often shortened to MLS), it means a famous person signed it, but they did NOT write it themselves.

Here’s another thing to note: you will find autograph documents that are unsigned as well. If you’re buying those, be sure the authenticity is sound.

As with many things in life, timing can be an important factor with signed documents. The date a document was signed can greatly affect its value and desirability. Value is at its greatest when a document was signed at the height of a person’s career or notoriety. This is especially evident with presidential letters. A letter signed by a sitting president is always more valuable than one penned earlier in the politician’s life.

For example, a document signed by assassinated president James Garfield at the time he held the nation’s highest office is worth about $6,000. That same document penned when he was merely a Congressman from Ohio is worth $400-600. Learning about a signer’s personal history can help you assess the best period pieces to pursue.

3. A good read trumps all

An interesting read is better than a mundane one – that’s why content is key with signed documents. Letters that reference important historical events are fascinating and provide real insight into the happenings of the day.

Controversy, scandal, and open displays of emotion in print remind us that these icons of the past were real people, with all their human frailties intact. These elements increase a documents value significantly.

It is best when the content of a document is in the wheelhouse of the person writing it – i.e. Washington writing on the Revolutionary war; Edgar Allen Poe expressing his frustration with his writing career.

Additionally, any important figure, corresponding with or referencing another important figure can increase worth. This is known as a “collateral reference,” also sometimes referred to as an “association piece” – i.e. a letter from Abraham Lincoln to Ulysses S. Grant; a letter written by impressionist painter Edouard Manet referencing contemporary writer Marcel Proust.

Buy historical signatures that you find interesting – that’s the personal connection that makes collecting signed documents so much fun.

Thank you for your interest in Skinner. Due to the volume of comments, we are unable to continue to reply individually.

If you are interested in consigning to a Skinner auction, please contact us through our auction evaluation form: www.skinnerinc.com/selling/auction-evaluation-form/