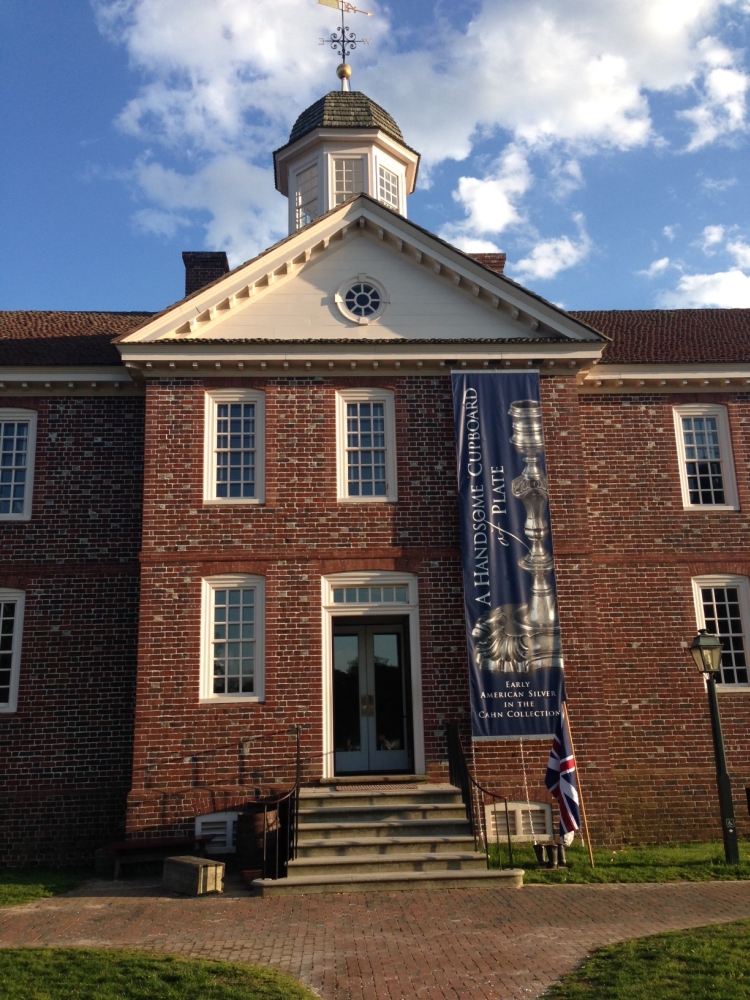 Colonial Williamsburg hosted a Symposium in May 2014 titled “A Handsome Cupboard of Plate Revealed: Early American and English Silver.”

Colonial Williamsburg organized a symposium during the first weekend of May this year titled, “A Handsome Cupboard of Plate Revealed: Early American and English Silver.” Hosted by the Art Museums of Colonial Williamsburg, the symposium was held in conjunction with the opening of an exhibition of silver from the Cahn Collection and featured a variety of renowned speakers. The discussions ranged from how and where silver is mined to the influence of Huguenot craftsmen on 18th century silver in England and America. Not only was the conference extremely well-attended and educational, but it also provided the opportunity to explore the vast and diverse collections that Colonial Williamsburg has to offer.

The Cahn Collection is a private collection on loan to the museum that features a variety of 18th century silver, including significant works by silversmiths such as Jeremiah Drummer and Paul Revere Jr. of Boston, Joseph Richardson Sr. of Philadelphia, and many pieces by the New York silversmith Myer Myers. The exhibition of forty pieces illustrates the development of silversmithing in Colonial America, and also explores the often complex and intriguing relationships between the silversmiths themselves. I enjoyed comparing the development of regional distinctions among the various silversmiths, particularly in regards to the influence of their English and Dutch counterparts.

At Colonial Williamsburg, the homes, collections, and historic reenactors, including craftspeople skilled in the methods of 18th century trades, bring early America alive. Silversmiths regularly demonstrate their trade in the historic city, and one of these demonstrations on the final day of the conference really resonated with me.  Using a sterling silver monteith by Francis Spilsbury I as an example, the craftsman went through the entire process of making the piece, from the client’s commission to the polishing of the finished product. I have handled many pieces of silver that make their way through Skinner auctions,  and this demonstration gave me a much better appreciation of the level of skill and experience it takes to craft some of the objects I see.

We may not have working silversmiths at Skinner, but we have plenty of fine antique silver. Come and see fine silver on display at the previews for our Fine Silver auction on July 19, 2014 in Boston. Auction previews are free and open to the public. You can touch the pieces, and experts are on hand to answer questions. I hope to see you there.