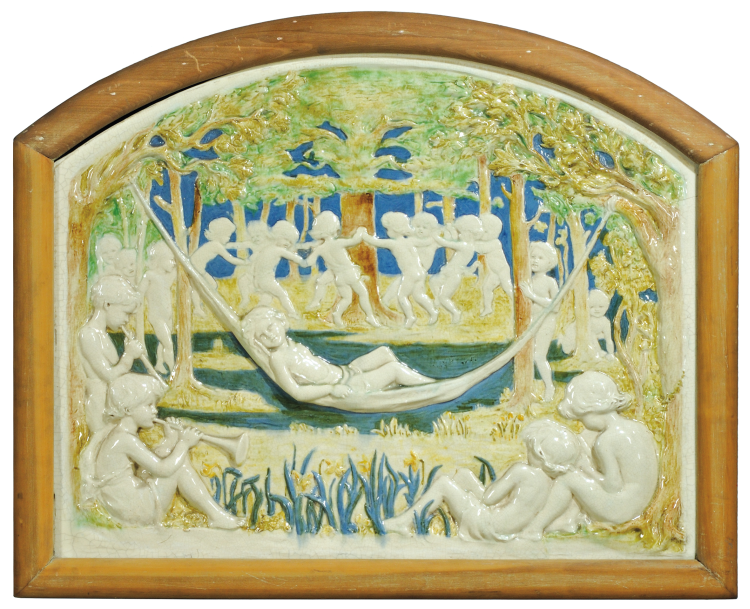 Rathbone and Dressler followed pre-industrial production practices, while championing the individuality of the craftsperson. Della Robbia Pottery also had Pre-Raphaelite support, with William Holman Hunt on the controlling council and designs from Edward Burne-Jones and Ford Maddox Brown, who was Rathbone’s teacher.

At two and a half feet wide, the plaque pictured here demonstrates designer Ellen Mary Rope’s style on a large scale. Rope, who worked on relief panels and friezes at the firm from 1896 until its closure in 1906, favored subjects with children, pixies, and angels. This panel is one of her more complex compositions, with a number of figures molded in both high and low relief. The motif of children joining hands around a tree is also found in at least one other example of her work.

The glazes used here demonstrate the firm’s typical color palette; Rathbone supposedly insisted that every piece include the color green.

My colleagues and I are excited about this opportunity to handle such a unique example of English art pottery, from a firm not often found on this side of the Atlantic. We hope to see you at the March 31, 2012 European Furniture & Decorative Arts auction in Boston. 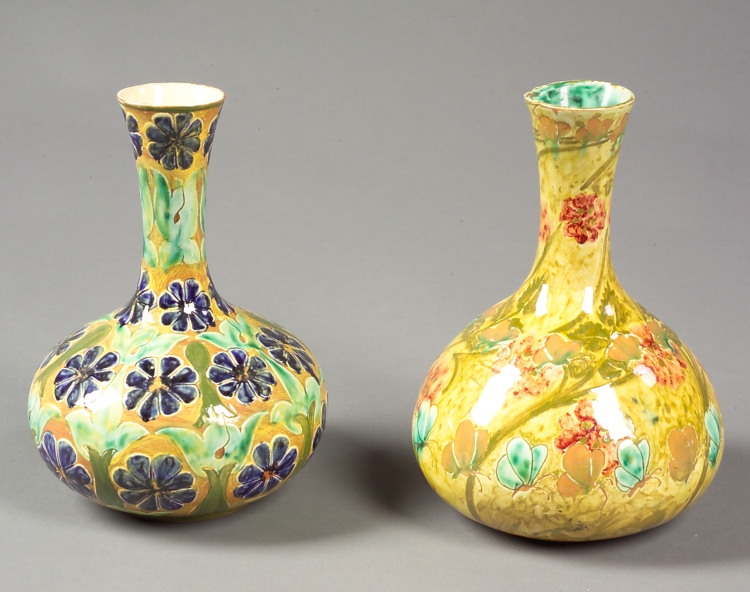