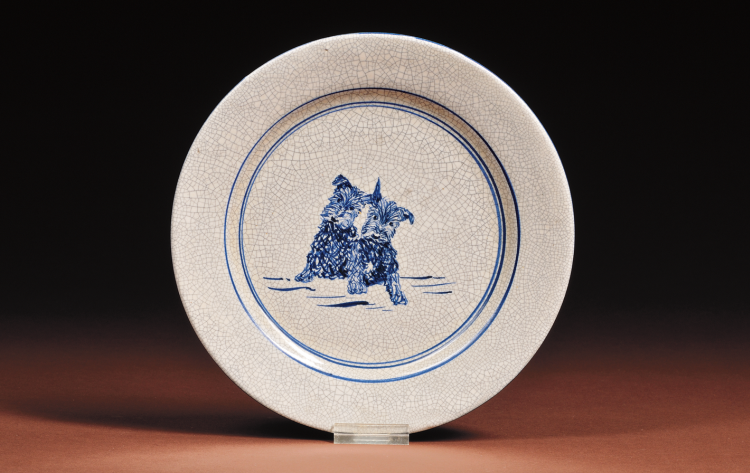 I have worked in the world of antiques and modern design for over three decades and have learned to love many styles. But as a life-long lover of both nature and the arts, I continue to be inspired by works from the Arts & Crafts movement, when artists took their cue from the natural world around them.

Though made in the modern era, Dedham pottery is traditional in its design, resembling the look of antique Chinese export porcelain. It’s easily distinguished by its blue and white crackle glaze, and cobalt blue decorated borders, which feature a repeating pattern of animals, birds, fish, plants and flowers. Ironically, Robertson happened upon the crackle look accidentally, when experimenting with new glazes and cooling techniques, but since the design was a near-instant hit within the Arts & Crafts community, the look stuck, and it’s still drawing in collectors today.

Dedham’s designs were hand-painted, not stenciled, so pieces have a whimsical nature to them. Some decorators became well known for their beautiful work and even signed their wares. These pieces are highly collectible and often fetch top prices in today’s competitive collectibles market. 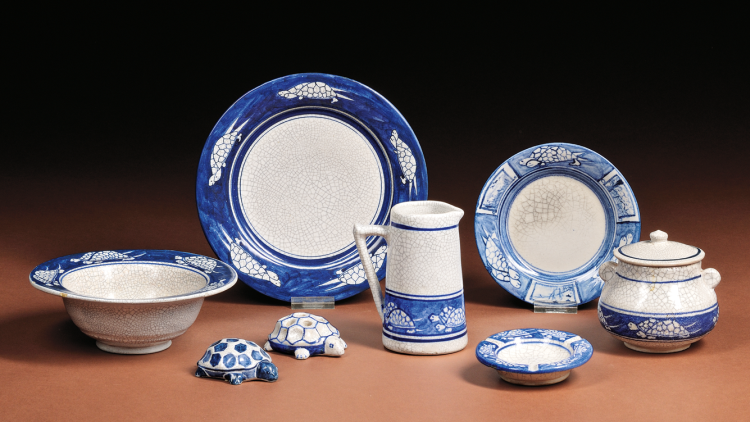 I love Dedham pottery because it’s not only fun, it’s highly functional. Full lines of dinnerware were made, plus candlesticks, coffee pots, tea services, sugar and creamers, bread and butter dishes, soup bowls, salad plates, bacon rashers, cups, pitchers, platters, vases, and decorative figures. One of my favorite offerings is Lot 21, a Dedham day/night pitcher, meant to rest on a bedside nightstand. It features a rooster on one side and an owl on the other.

Best of all, Dedham pottery is fairly easy to find at auction, and it’s still a great value and surprisingly affordable, even for beginning collectors. Estimates on the pottery in the December 17th auction of 20th Century Design range from $125-175 for a single piece to $700-900 for a set. For more detailed information on Dedham Pottery’s history and patterns, search online and at your local library.  When you’re ready to buy, remember that with pottery and all other ceramics, condition is paramount, so ask the experts at auctions and in shops for their best advice on which pieces to buy. 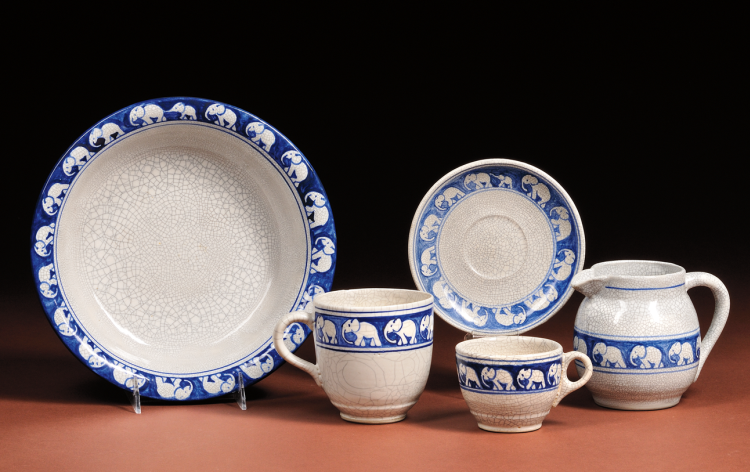 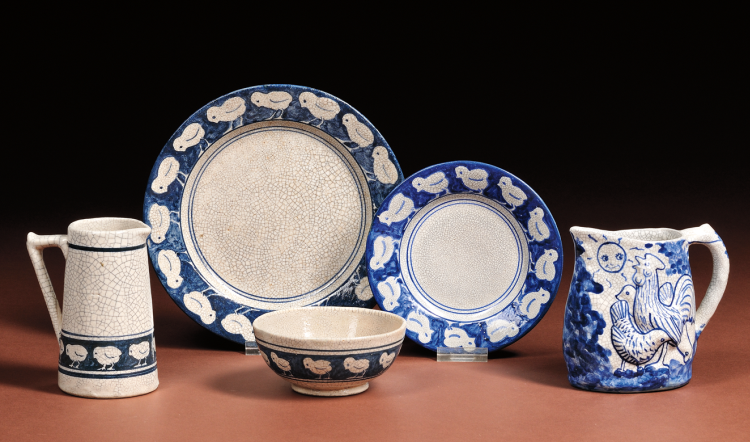 17 thoughts on “Guide to Dedham Pottery: Modern Antiquity in Blue and White”