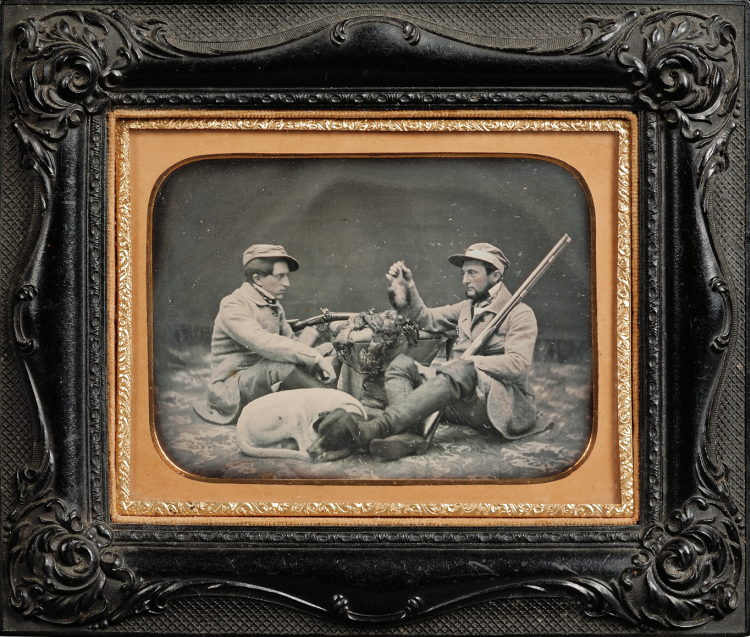 Daguerreotypes are a reminder of a time when photography was very different from the “point-and-shoot” instant pictures of today. Now, you carry a camera in the cell phone in your back pocket everywhere you go. Then, as now, photographers were purveyors of state-of-the-art technology.

In fact, the 19th century photographers who made these long-exposure images were referred to as daguerrean artists, and quickly supplanted the portrait painters of the day. The artists’ “images,” particularly daguerreotypes, were valued for their clarity and honesty in representation.

Other than the careful arrangement of a composition, the daguerrean photographer almost never altered an image in any way, except for portraits with pink-tinted cheeks, or gold-highlighted jewelry and buttons. 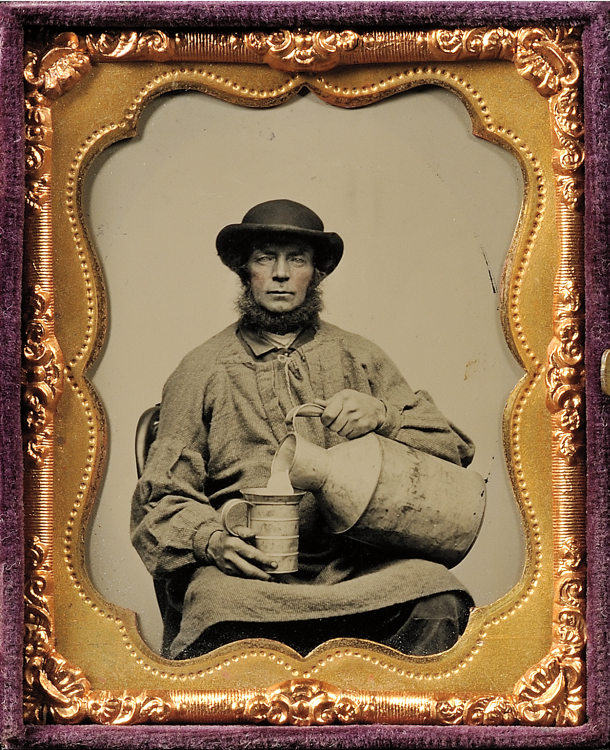 Daguerrean artists did, however, use interesting means to achieve compositional effects that would otherwise be limited by long exposure times. In the ambrotype pictured here, depicting a man pouring milk from a pitcher, the “milk” is actually a white cloth.

The long exposure times needed for daguerreotypes and other forms of early photography also cause families, soldiers, children, and laborers to look out from stiff, unsmiling poses. It could be a long and strenuous task to sit for one of these images.  Yet, if you look closely, the lives and loves of the subjects become clear, and the 19th century doesn’t feel quite so distant.

On October 30, 2011, the American Furniture & Decorative Arts auction will open with 150 lots of daguerreotypes, ambrotypes and tintypes from the Early Photography collection of Rod MacKenzie.

As a collector, Rod MacKenzie has a sophisticated taste for images that speak to him – and now to us – emotionally, historically, and artistically. He understands well the limitations of early photography, and carefully collects images which, though mainly portraits, show us more than just what the sitter looked like. 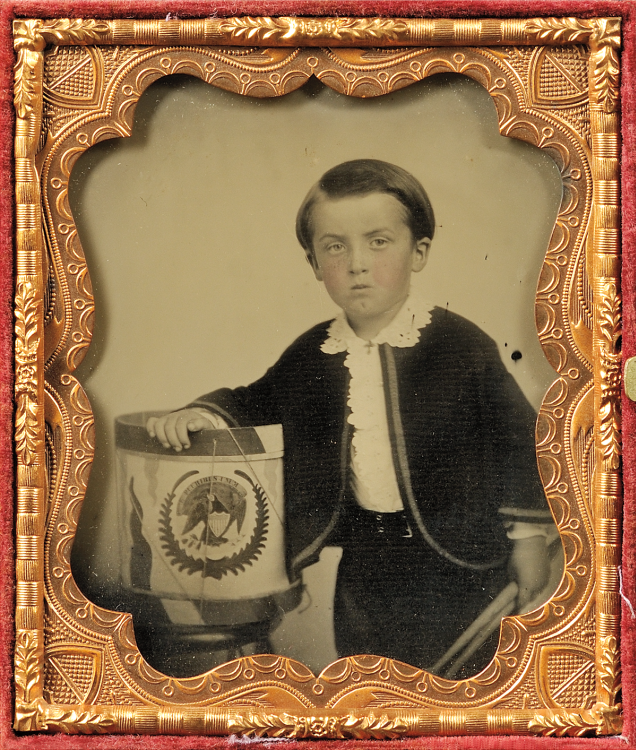 There are signs of life throughout the images in his collection – children holding toys close, workmen demonstrating tools of their trade, and soldiers exuding confidence and swagger.

In addition to the portraits, MacKenzie collects images that tell stories. Among the best of these is a set of so-called “occupationals.” There are dozens of images that convey a strong sense of narrative: portraits of beautiful, elegantly dressed women give us a window into the day’s style; prosperous young couples exude airs of optimism; and men show their skill at their daily occupations. This group includes some of the rarest examples  MacKenzie  gathered: an architect seen in his office at a desk with his drafting tools and elevation drawings of Italianate houses on the walls behind him, a blacksmith at his anvil, a mailman, farmers, a banjo player, a string quartet, a bugle player, carpenters, buggy drivers, and firemen.

In Part II of this series, we’ll take a look at some of the highlights of this truly astounding collection. Every time I turn a page in the catalogue, I seem to find something new in one of these images that I hadn’t seen before. Which images speak most strongly to you?

6 thoughts on “Daguerreotypes Part I: Haunting, Beautiful, and Storied Pictures in the Early Photography Collection of Rod MacKenzie”