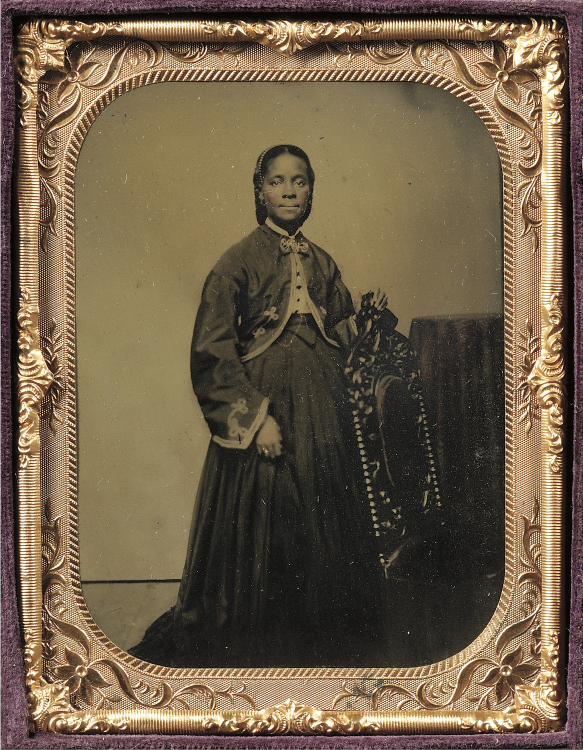 The Early Photography collection of Rod MacKenzie has piqued the interest of everyone from experienced collectors to those interested in a glimpse of American history.

Looking at these images from our vantage point in the 21st century, we can note with fascination how average people in the second half of the 19th century actually looked and dressed. Before the development of photography, we could typically only observe the past in painted portraits, which depicted mostly upper middle-class and wealthy members of the populace.

Daguerreotypes, ambrotypes, and tintypes were the first three early photographic processes to gain widespread popularity. Developed in the mid-to-late 19th century, each successive technique improved upon the others in availability, affordability, and processing speed. Despite these improvements, each process produced a unique, one-of-a kind image–the only one! 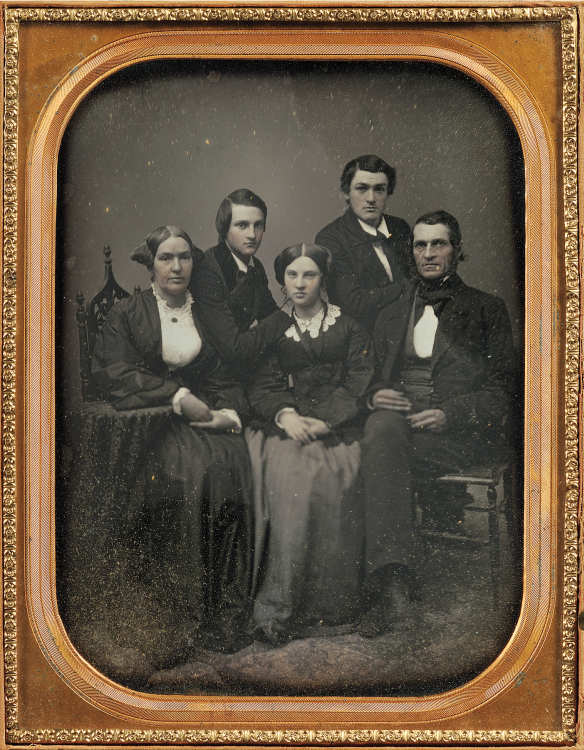 The daguerreotype, the earliest of the three photographic processes, came into use in about 1839. Daguerreotypes cost around five dollars (about a week’s wages), so they were not affordable for the majority of the people.

To make a daguerreotype, the photographer exposed an image on a sensitized silver-plated sheet of copper. This resulted in a polished silver surface that produced a shimmery image when developed.

The exposure time took anywhere from a few minutes to as long as 20-30 minutes for very large images. For portraits, in order to keep the person or persons from moving and thus blurring the picture, the photographer would place iron stands or armrests behind the sitters to help keep them still.  If you look closely at these images, you can sometimes see the base of the stands behind the feet of the subject. You might also see a blur on the image from a wiggly kid or shaky aged hands.

The daguerreotype image is almost always reversed left to right, unless a mirror was used inside the camera. That’s why the insignias on the soldier’s belt buckles are backwards! 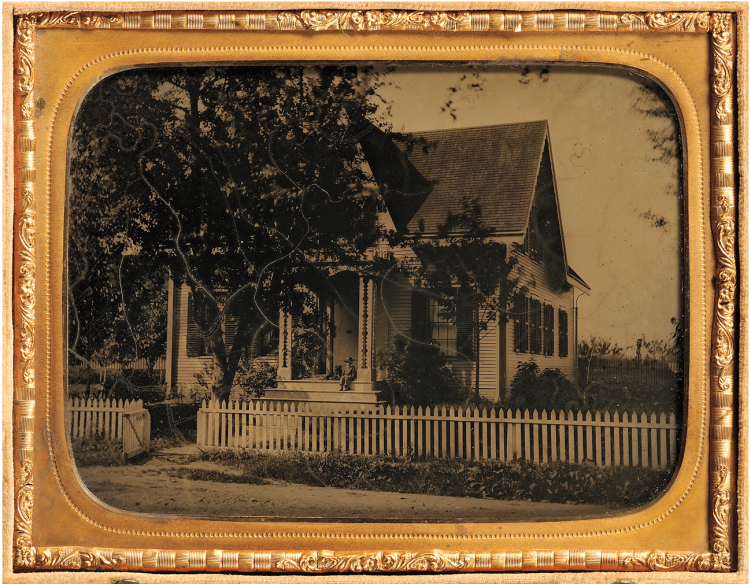 Lot 35: Half Plate Ambrotype of a Gothic Cottage with a Boy and Dog Sitting on the Porch, Sold for $1,126

Developed in 1851, the ambrotype took over the popularity of the daguerreotype and pretty much displaced it by 1860. It was much cheaper to produce than a daguerreotype, could be made with a shorter exposure time, and you didn’t have to tilt the plate to see the image. The ambrotype made photography more affordable for middle and working class people.

Ambrotypes were made on a glass plate coated with a wet, light sensitive substance, which when developed and dried, produced a negative image. The negative then had to be mounted against a dark background or coated with a dark varnish to give the illusion of a positive. 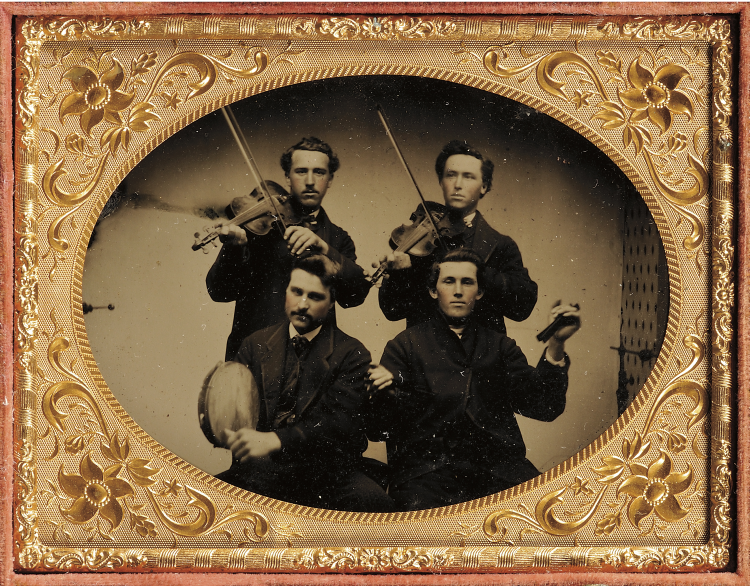 The tintype was developed in 1853 using a similar technique to the ambrotype. Called a collodion process, this technique requires the photographic material to be coated, exposed, and developed on site.

The tintype image, however, was mounted against a thin sheet of black-enameled (or japanned) iron instead of glass.  Unlike earlier photographs, a tintype is unbreakable.

Interestingly, the term tintype is a misnomer. Because the iron they were mounted on was so thin, many assumed it must be tin, and the name stuck.

The entire tintype process was quick and cheap. Within a few minutes, the customer could take an image home with him at the cost of a penny or less at first.

By the 1940s, tintypes cost about 25 cents. Almost everyone could afford tintype pictures of their loved ones.

Photography has come a long way from these first three techniques. I wonder how it will continue to change and evolve over the next hundred years?

8 thoughts on “Daguerreotypes, Ambrotypes & Tintypes: The Rise of Early Photography”