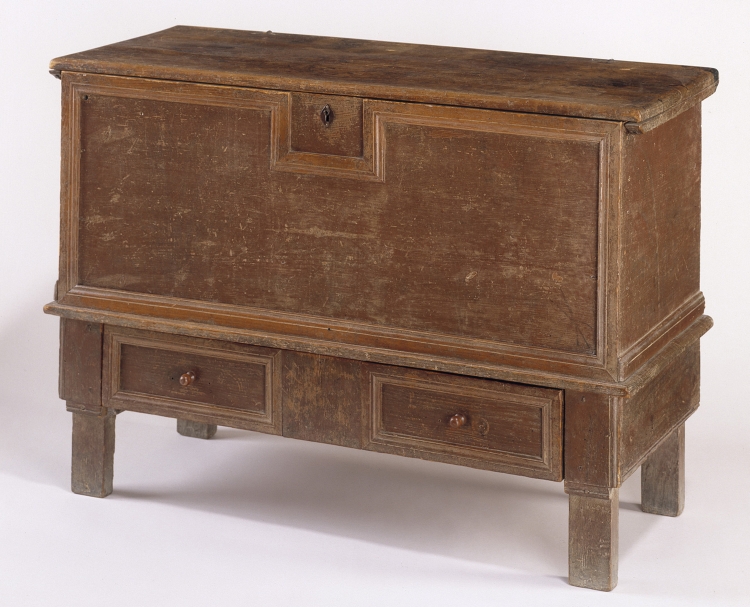 Board chest with drawer; Sudbury or Marlborough, 1690-1720; Anonymous Gift, Gift of the Cummings Davis Society

In the 1880s, a group of town fathers in Concord, Massachusetts gathered together to assist the pioneering collector Cummings Davis in preserving the remarkable collection of historical Concord material he had been assembling for 35 years.  Out of this meeting, the Concord Antiquarian Society—now the Concord Museum— was formed in 1886. Now in its 125th year, the Concord Museum continues to explore aspects of Concord’s history through the medium of its varied but focused collections.

Over the last six months, as part of the Concord Museum’s 125th anniversary exhibition, Crowdsourcing a Collection, local citizens, historians, teachers, artists, public servants, sister institutions, and five voices from Concord’s past have chosen objects from the Museum’s collection that held meaning for them. Their responses are varied, but all are history in the first person.

Miguel Gomez-Ibanez, director of the North Bennett Street School and a furniture maker, zeroed right in on the lock on a Sudbury area chest with drawer and noted the cascade of effects that the placement of the hardware had on the overall design. The maker walked his applied molding around the lock, then repeated the rectangle this formed to make the single drawer look like two. This rectangle also has the same proportions as the entire piece, achieving a very satisfying composition through a strict economy of means.

Skinner’s own Steve Fletcher recognized an old friend in the splendid Daniel Munroe eight-day clock. Steve recounted the breathless moment when he stopped the pendulum to remove the clock from the home for auction. In the ensuing silence, he heard the owner state that in the more than sixty years she had known the clock, it had never before stopped running.

The honorary curator of the exhibition, historian Doris Kearns Goodwin was drawn to a group of objects associated with the North Bridge of April 19, 1775 fame. Goodwin found evidence in these objects of the power to convey the experience of times and places removed and remote. For example, one wonders who ate from this plate during the dinner E.R. Hoar gave for President Grant on the occasion of the centennial of the North Bridge battle depicted in its well?

Weaver and environmentalist Rosita Corey lighted on a bundle of pencils made by William Munroe in the 1840s. William Munroe lived in the 18th century house she herself has lived in her whole life, and made pencils (these very pencils?) in the attached shed. Interestingly, this is the same William Munroe who made the case on the clock Steve Fletcher admired.

Visit Crowdsourcing a Collection, opening on Saturday, October 22, 2011, to discover for yourself how individuals create new meaning by responding thoughtfully and personally to historical objects. 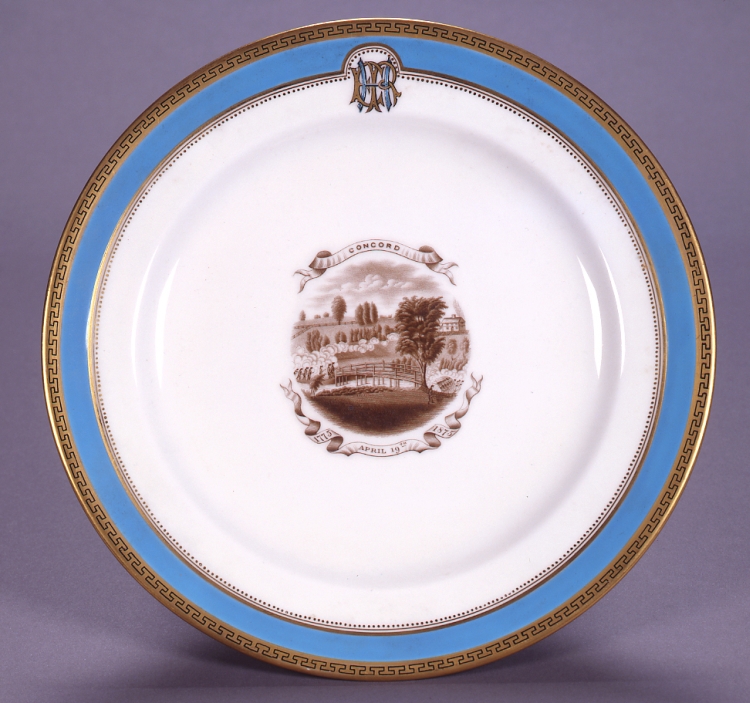