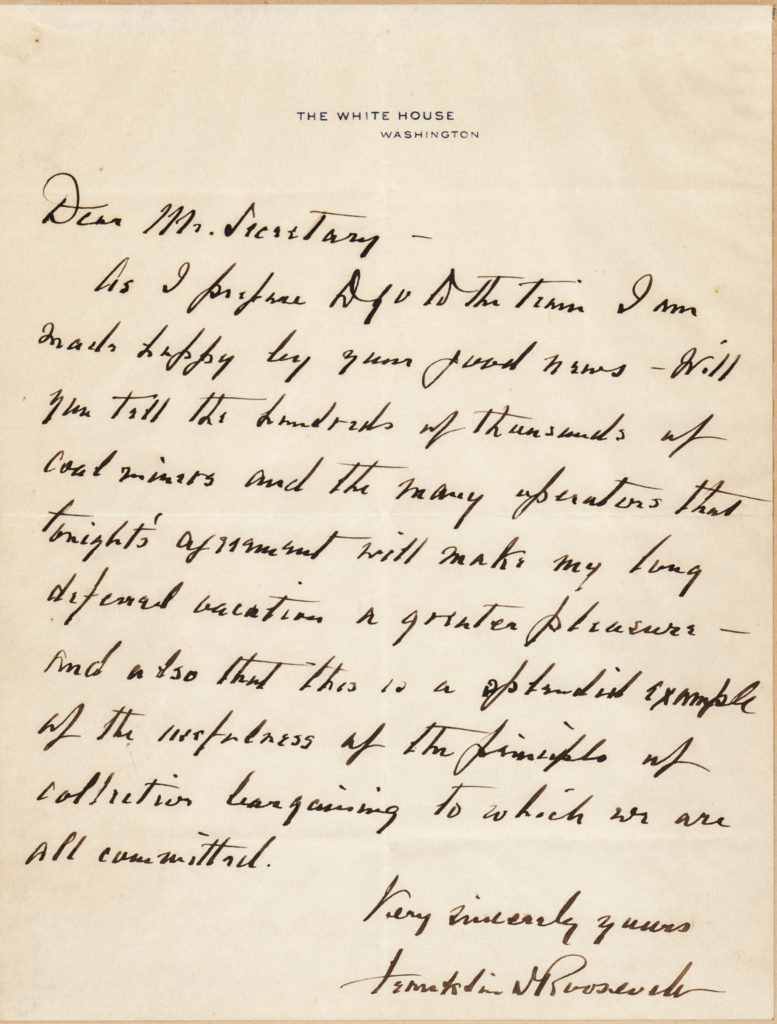 “Alexander Hamilton actually touched this!” Many of us have felt this childlike sense of excitement at museums, libraries, in the classroom, and in historic buildings where important events took place. When the impulse to collect grabs hold, the excitement increases exponentially.

The sense of awe we feel gazing through glass at a museum can be replaced by the intoxicating pride of ownership: Alexander Hamilton actually touched this, and now it’s mine! Even as we are carried away with the thrill of the hunt, we need to keep a few fundamental principles in mind, and this article will serve to touch upon details relevant to the collecting of signed documents. 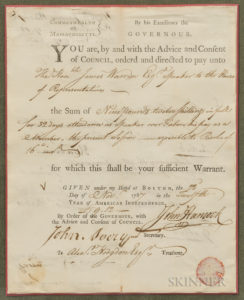 John Hancock, document signed as Governor of Massachusetts. Sold for $3,321

People have kept and cherished signed documents for centuries, but not every document is valuable. Value of a document is tied to three important indices: 1) the signer’s fame and importance; 2) the content and context of the document; and 3) its condition.

1) To be valuable, a document’s signer needs to be a household name, someone an average eighth grader thinks they may have heard of. We’re talking about Kings, Queens, Presidents, Founding Fathers, the best-known authors, artists, and scientists, prominent Nobel Prize winners, astronauts, inventors, anyone who has made a substantial contribution to society. Having an important name is key, and once we’ve got that, we consider the document itself. 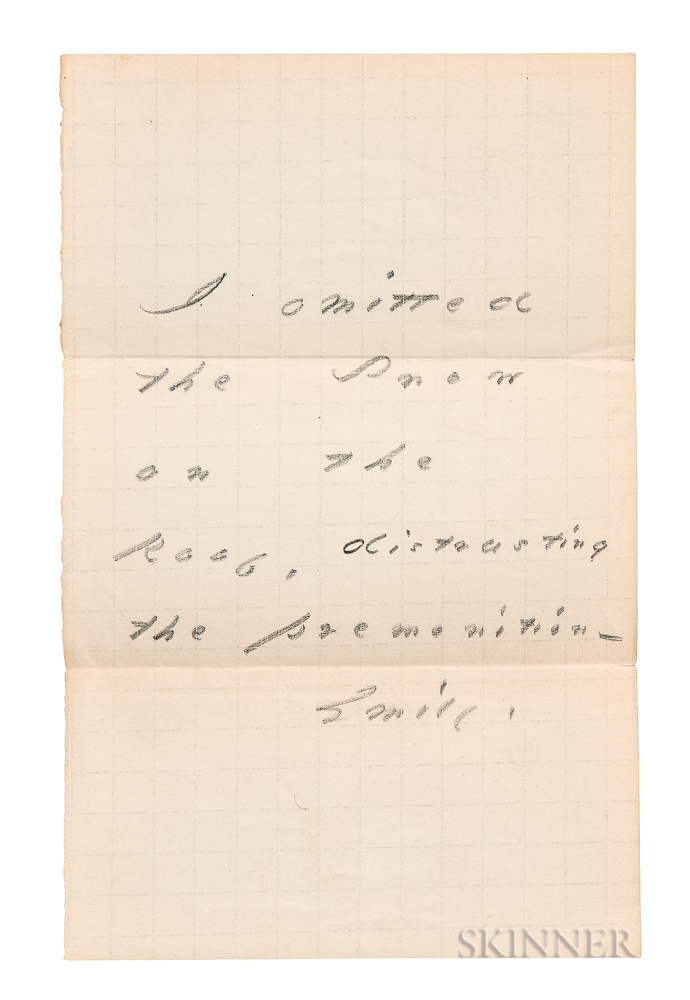 2) For every collected person, a spectrum of values exists based on the content and context of the document. In the past, feverish autograph hounds would write letters asking for autographs, often receiving a perfunctory signed card or note.  Sometimes, signatures were brutally clipped away from perfectly good letters. These clipped signatures and signed cards with no content represent the lowest end of the value spectrum of any given signer. The value rises as the content of the letter or document gain importance, and as the context’s relevance nears the source of the signer’s fame. For example, a check signed by Abraham Lincoln (sold for $6,150) would be much less valuable than a letter signed by Lincoln to the Governor of Massachusetts (sold for $24,885) written during the Civil War concerning a newly invented steam ram to be used in the defense of Boston Harbor.

3) Condition is the final touchstone for the savvy collector. If a signature is torn through the middle, or the ink has faded, or a letter is covered with black mold, we have a problem. New collectors often find the question of condition vexing, and the temptation to get a bargain has led many to acquire sub-par material. Material in excellent condition is more valuable because more people want it; it holds its value and is more satisfying to own. 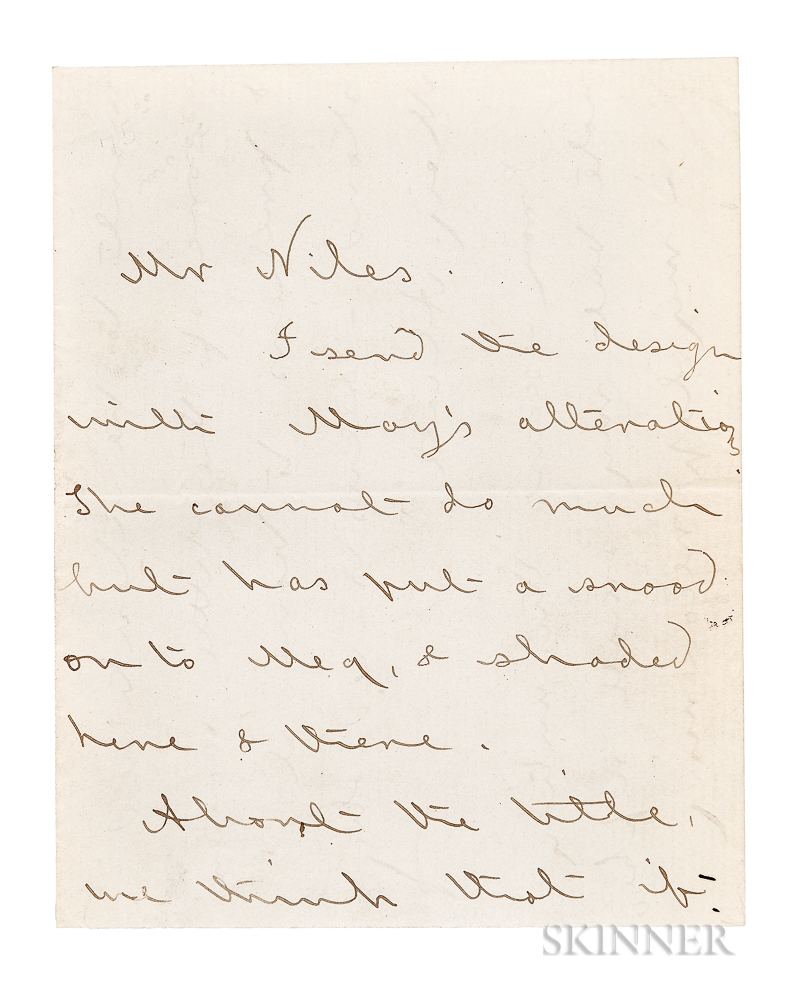 Louisa May Alcott, autograph letter signed to her publisher, concerning the illustrations in Little Women. Sold for $12,000

Collecting historic documents is all about a reverence for the past, for lost history, and celebrating the amazing survival. A collection should emphasize the same hallmarks. When shopping for signed documents, a good collector will employ careful research and selection. Collecting with high standards will yield a group of documents that exceeds the sum of its parts.

If you’re interested in having your historic documents assessed for value, if you would like to begin your collection, or continue to add to it, or if it’s time to downsize your current collection and give the next generation a chance to catch the collecting bug, please get in touch, and we’ll do everything we can to get the ball rolling.