Judaica can be broadly described as the material culture of the Jewish people. Any art, object of ceremonial or domestic use that refers to Jews or the Jewish religion is included. Judaica also comprises historical artifacts relating to important events, personalities or literature. Objects such as kiddush cups, Hanukkah menorahs, Passover Seder plates and Wimpels are joined by Purim carnival tickets, antique maps of the Holy Land, matchboxes from Kosher delis, and works by Israeli artists. Age, condition, rarity and the intrinsic value of the material, as well as the historic and artistic importance, help determine the value.

Antique Judaica is unique in that items take on the characteristics of communities worldwide. This diversity of styles, materials and techniques combined with rarity make Judaica an area of collecting prone to adapted, embellished and reproduction articles. 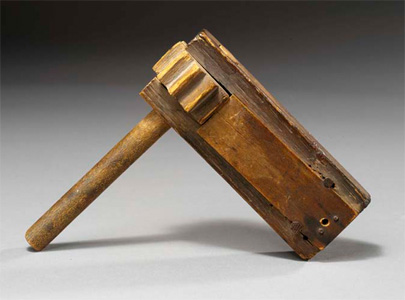 This plain wood 19th century noisemaker may sell for about $100 at auction, while a Purim grogger of the same vintage with authentic Hebrew inscriptions or holiday decoration would sell for more than ten times that amount. It is important to look at decoration/embellishments carefully. 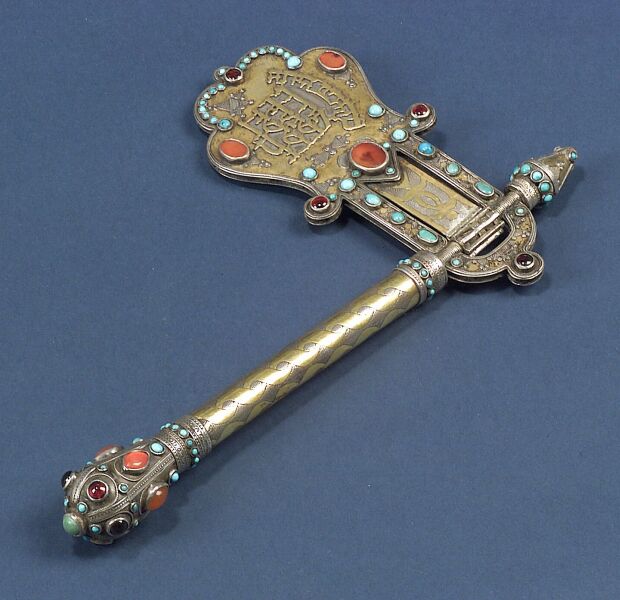 This is an example of the wonderfully decorative but modern pieces coming from Turkmenistan that are often offered as “antique.”

A Judaica Appraisers Best Advice: Look with a Critical Eye

When I look closely at an object to determine its authenticity, I’m asking myself  two important questions.

1. Is the wear consistent with age and use?

For a silver Judaica object that is supposedly from the 18th or 19th century, this could mean looking at the engraved text or decoration to determine if it is mellow or sharp. Does the item bear witness to being handled, polished and even dented through generations of use or does it appear crisp and newly minted without trace of scratches or loss?

2. Is the item made of an appropriate material for the age and geographic origin?

For instance, a wooden Purim grogger purporting to be American, 19th century is likely to be made of a native wood such as walnut, cherry or oak, and not an exotic wood from the Amazon rainforest or South East Asia.

The best general reference book for antique Judaica, in my opinion, is Jay Weinstein’s A Collector’s Guide to Judaica, 1985. The text is informative and it is very well illustrated with examples from Judaica auctions.  View my Amazon list for additional recommended resources.

Most important for emerging collectors? Look for the best examples of antique Judaica, or modern designs that you can afford. If authentic 18th & 19th century examples are out of your price range, look to emerging areas such as Israeliana (early Statehood items) or to ephemera such as posters, invitations, and advertising. Both are interesting and less expensive ways to get into collecting authentic antique Judaica.