The root of the word photography comes from the Greek language and means “drawing with light.” While there had been previous attempts to make images permanent, this relatively recent medium emerged in the 1830s with the announcement of groundbreaking photographic processes developed by Louis-Jacques- Mandé Daguerre in France and William Henry Fox Talbot in England.

The daguerreotype, named after its inventor, is a highly detailed, unique image on metal; Talbot’s process produced a negative from which multiple prints could be made.

Throughout the nineteenth century, photographers experimented with these two innovations, and each successive technique improved upon the others in availability, affordability, and processing speed. 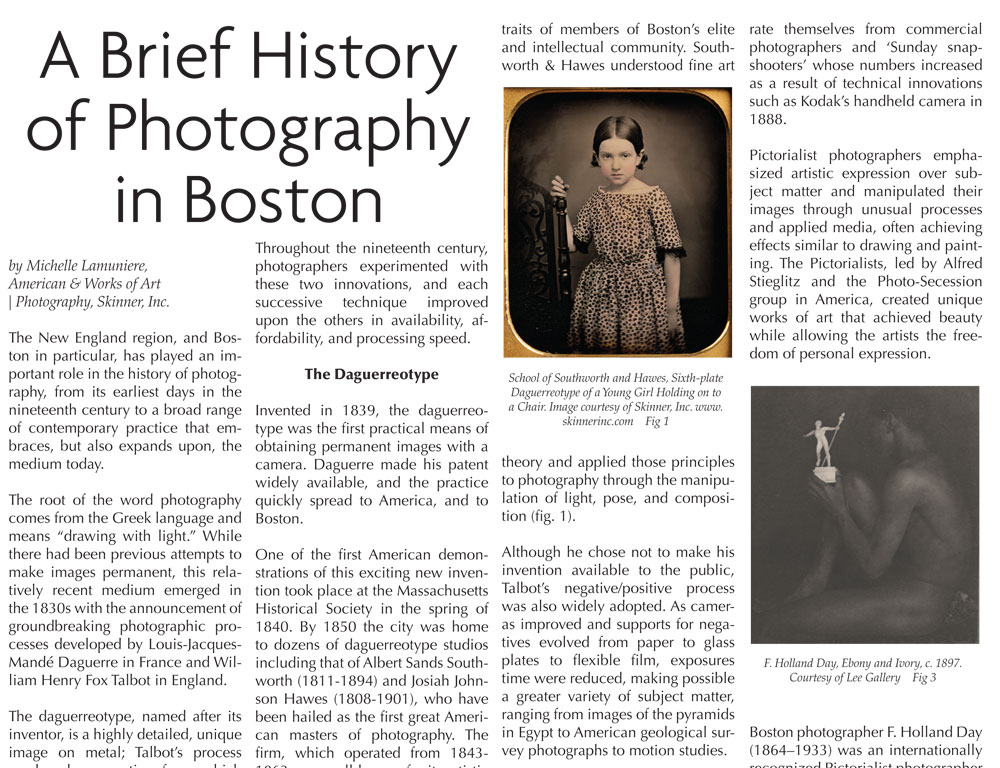