Is a complete book always greater than the sum of its parts? 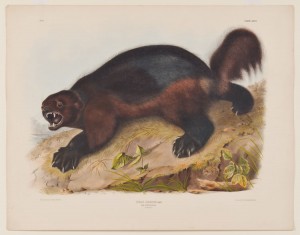 A rare book can lose a significant amount of value if it’s missing even a single page of text. If what’s lacking is a title page, illustration, or map, the price will drop like an anvil in a cartoon. The same goes for a set of books that happens to be missing one or two volumes. And yet every day in the Skinner Fine Books & Manuscripts department we see plates, maps, title pages, and text leaves removed from valuable books. At some point, someone decided to break up the book and sell it for its parts.

Is it ever appropriate to break up an intact book? It’s always best to consult with an expert before taking this step yourself, but here are some general guidelines to help you recognize when the whole is greater than the sum of its parts.

Sets should never be broken up. They very seldom have any value when separated from their fellows. Leave all sets together, count them, and if you have volume three only, lower your expectations. Incomplete sets in fine gold-tooled leather bindings in excellent condition have decorative value only.

Most framed maps from the 16th to 19th centuries were originally published in books. Atlases generally contain little to no text, and they are often taken apart because the maps within are simply worth more money when sold separately. People often collect maps for geographical reasons, making it unlikely that one collector would seek maps of both New England and the Iberian Peninsula, for example. So in the case of an atlas, I can understand the argument for liberating the maps to be enjoyed individually.

When a book contains one map only, for example in the case of Cotton Mather’s Magnalia Christi, which contains a map of New England, the removal of that map can hurt the value of the book by a factor of ten. Whatever is gained by having that map singly on the wall is hard to justify when measured against the loss to the book from which it was taken.

The famous Audubon prints of North American birds and quadrupeds are strikingly beautiful, and they were all published not as separate prints, but in book format. As a complete set, the so-called double elephant folio is a little over three feet tall, two feet wide, and weighs more than 200 pounds. Viewing the 435 hand-colored prints in this massive tome is a bit of a physical and logistical struggle. Approximately 120 copies still exist as books, and keeping them together is important, but very few collectors can afford to pay the nearly $8 million price tag for a complete set. Selected with care, and displayed individually, prints separated from the original books will always be popular with collectors. And although taking a knife to a perfect copy of this book would be a sacrilege, an incomplete or damaged copy might be best preserved by its own dissolution.

This German term means anthology, and refers to a collection, usually of short works, that were originally published separately, but were subsequently bound together in a single volume. In the early days of publishing, booksellers sold books disbound. Readers were obliged to engage a bookbinder if they wanted covers. Many a thrifty bibliophile accrued a stack of sermons, plays, controversial pamphlets, or other miscellaneous works of the same format before visiting the bookbinder. This way, for the price of one binding, one could have a dozen or more separate works bound together. I’ve never been comfortable with the notion of breaking up sammelbands. By grouping these texts, the original collector has created something new, another document that tells a more nuanced story about the history of reading, collecting, and the use of texts.

The 19th century saw a popular craze of autograph acquisition, with collectors seeking out famous signatures to fill the pages of specially made blank albums. Presidents, entertainers, artists, and authors, no one was safe from the autograph hound. In the book department, we see many autograph albums, and the diversity of signatures can present a problem. Is the Abraham Lincoln collector interested in a Longfellow signature? Will the album make more at auction in one piece, or divided? When the collection tells the story of people related by a common set of circumstances, the album is better left together. A group of unrelated signatures would likely perform better for the consignor offered separately at auction.

Illuminated leaves written by hand, painted in vivid colors, and highlighted with pure gold are a familiar sight to most collectors and book lovers. But the vast majority of these lovely parchment pages originally resided in books. Over the centuries, many manuscripts and early printed books have been taken apart page by page, sold off piecemeal, and lost forever. I have a soft spot in my heart for all early books, and find that I can’t accept any justification for dismembering printed books from Gutenberg’s century and manuscripts from the middle ages.

As with other antiques and art, it’s always best to get an expert’s opinion before doing something that can’t be undone. We’ve all heard horror stories of precious pieces lost to overzealous refinishing or innocently ignorant reuse. Almost all valuable relics of our past are served best when left intact. But in certain circumstances, the parts may be worth more than the whole, and in these special cases, it may be necessary to break up one collection in order to build the next.