Presents art and artifacts from Africa to the Great Plains, the tundra to the tropics 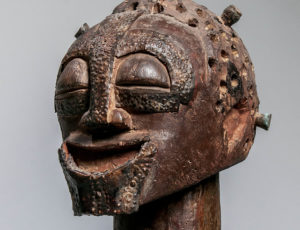 The allure of non-Western art and artifacts for early modernist artists such as Picasso and Matisse is well known. Ethnic creations continue to have the same appeal for collectors around the world.

This auction features significant African art, painstakingly acquired over many years by connoisseurs with deep scholarly insight. Many other cultures are represented as well. Previews will be held in Skinner’s Boston gallery on May 3, 12PM-5PM, May 4, 12PM-7PM; May 5, 8AM-9:30AM.

There are numerous other highly desirable lots of African art from the collections of:
• Arnold Crane, a wide-ranging connoisseur with a special interest in African sculpture and metalwork
• Mauricio Lasansky, noted printmaker whose collection of African art includes a significant group of Ivory Coast figures and masks
• Richard Newman, collector of Akan goldweights, miniature representations in brass of many aspects of west African culture 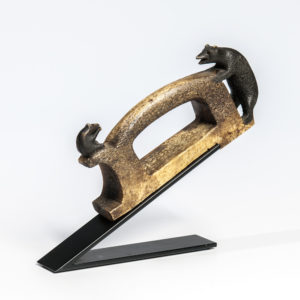 The auction also features American Indian art from weavings, pottery, and baskets to beadwork and jewelry from the Plains and Eastern Woodlands, as well as Northwest Coast and Eskimo artifacts. Highlights include:

Other important pieces in this wide ranging-auction are:

This is truly a world-class sale of worldwide works that range over the globe, through time, and across many media. It is the inaugural auction for Michael Evans, Skinner’s new Director of Ethnographic Arts. He brings global experience to one of the most international of Skinner’s specialty departments.

Evans was born and raised in New Zealand, where he completed his studies with a concentration in art history. Subsequently, he has lived and worked in Europe and the United States. As a private dealer in fine art, Evans has worked extensively with clients, dealers, and curators across the United States, Europe, and Australasia.

Previews will be held in Skinner’s Boston gallery on May 3, 12PM-5PM, May 4, 12PM-7PM; May 5, 8AM-9:30AM. Free and open to the public, specialists will be on hand to answer questions. Auction catalogs may be purchased on the Skinner website. Find out more about the Gallery Walk and Reception held on May 4th.