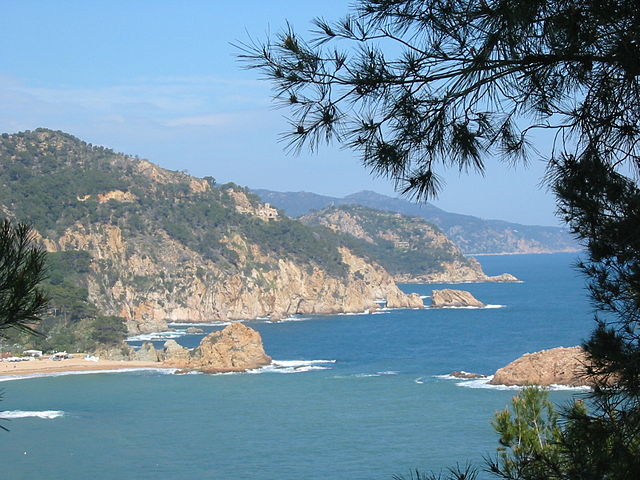 Now that winter has arrived in New England, can you blame me for dreaming of the warm, turquoise waters of the Spanish Costa Brava? I completely fell in love with Barcelona this summer, for its blending high and low art, architecture, and culture. Antoni Gaudi left his visionary mark on the city in the late 19th century, and Barcelona has continued to think big with its monumental sculpture, murals, and street art.

As much as I would love to revisit Barcelona, I dream of exploring other parts of the country. If I could go anywhere in Spain right now, these would be my top five art destinations.

San Sebastian is home to the most Michelin-starred restaurants per capita in the world, and that’s a good enough reason to go. But while there, I’d love to see Chillida’s monumental steel sculpture, Wind Comb XV. Situated on a coastline, this work is best understood as land art than sculpture, in the same vein as Nancy Holt’s “Sun Tunnels,” (1976) and Walter de Maria’s “Lightning Field” (1977). It was Chillida’s favorite site-specific work, and is a rumination on man’s relationship with nature, full and empty spaces, and the passage of time.

4. The Salvador Dali Portlligat Museum-House in Port Lligat: to see how Dali lived with the ordinary and extraordinary

Throngs of tourists visit the wildly surreal Teatro-Museo Dali in Figueres but fewer make the trek one hour north to the remote fishing village where Dali lived from the 1930s to 1982. As an appraiser who meets with clients in their homes to view their collections, naturally, I am interested in seeing how this eccentric yet visionary artist lived with his art and what inspired him. 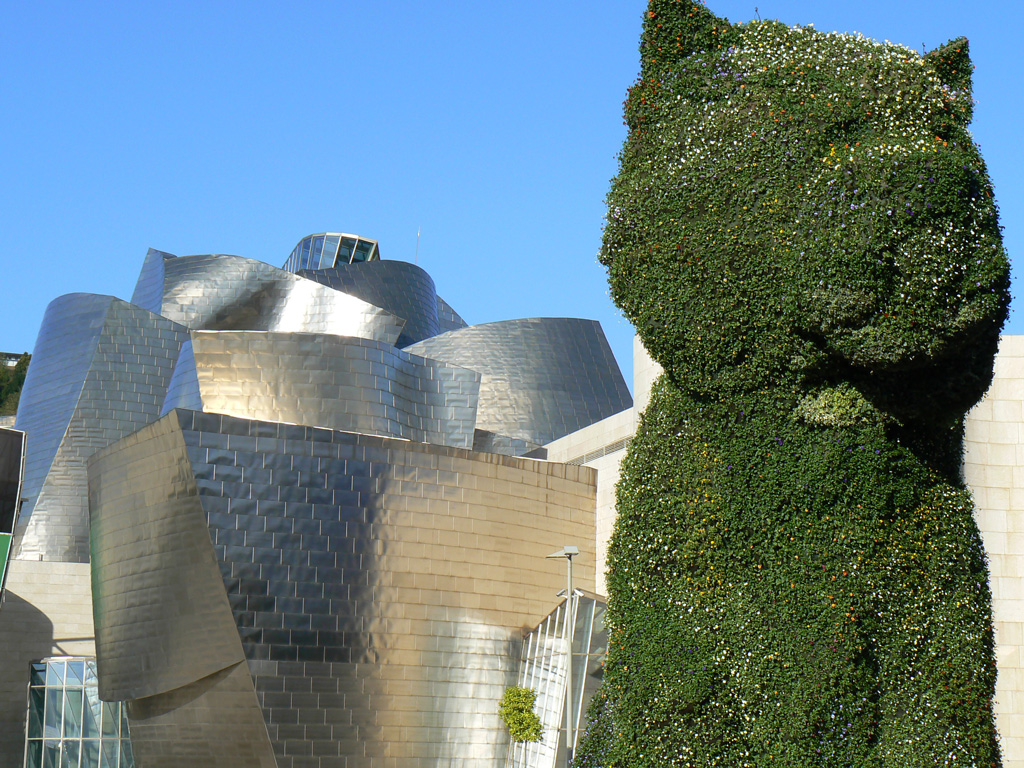 Koons’ “Puppy” has been a part of the Guggenheim Bilbao’s permanent collection since its opening in 1997, and to my mind, defines it as much as the Frank Gehry-designed building. The sheer physical feat of engineering and constructing such a work is what I’m drawn to – this approximately 40 1/2 x 40 1/2 x 21 foot living sculpture consists of anywhere from 35,000 to 70,000 potted flowering plants watered by an internal irrigation system, which is replaced twice a year. Flowers are a part of life’s greatest joys and sorrows, and I can’t think of a more whimsical expression of joy than a giant, fluffy, floral terrier!

I first learned of the protest art shown at the Spanish Pavilion of the Paris Exposition of 1937 in a class taught by art historian T.J. Clark. Alongside Alexander Calder’s “Mercury Fountain” and Joan Miro’s “The Reaper [Catalan peasant in revolt],” I can only imagine how Picasso’s mural stood out both in terms of its sheer size (approximately 11 x 26 feet) and stark palette. I suspect it is one of those works where visual analysis from a photograph only goes so far. It must be experienced in person to fully grasp its plea for humanity and compassion in the face of the horrors of war.

1. The Alhambra in Granada: to see the Royal Complex 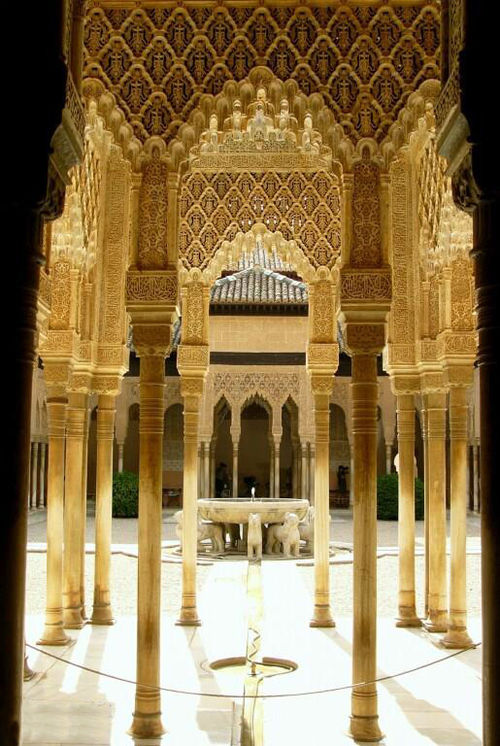 Although I haven’t extensively studied Islamic art, I must admit that I am fascinated by the Alhambra. I would love to see how its intricately-designed stucco and tile works on such a large scale, and why it captured the imagination of so many artists, particularly Henri Matisse. His tour of Southern Spain was the subject of an exhibit at the Alhambra earlier this year. Considering that it was only within the last decade that Henri Matisse’s signature was discovered in the Alhambra’s visitor’s book (solidly dating his first visit to December 11, 1910), it retains an air of mystery and the promise of further discoveries.

I’m certain that there are other worthy (even quirky) contenders, but these are my current obsessions. Have you been to any of these places? What were your favorite works? Where do you dream of visiting? Let us know!