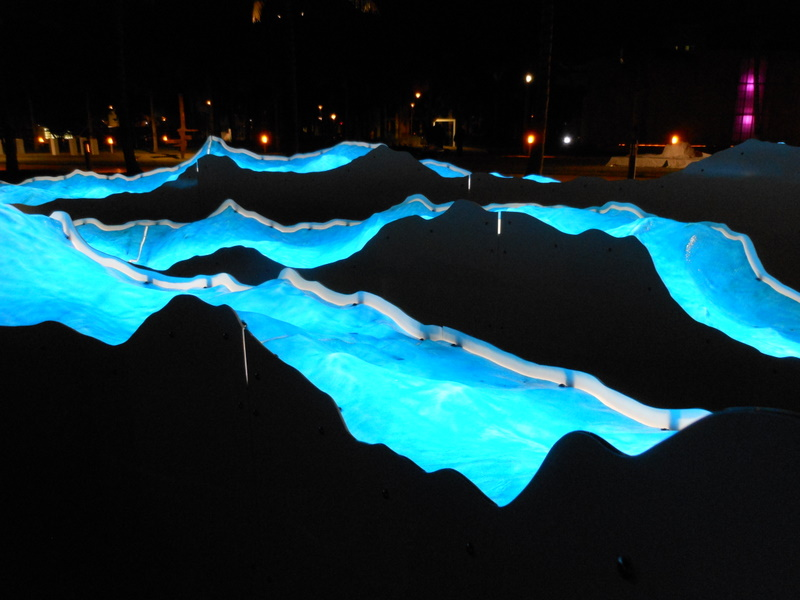 During the day, Brian Tolle's "Tempest," 2010 is a spiraling path, but at night it takes on the aspect of a tumultuous sea filled with phosphorescence.

Last week, I had the opportunity to travel to Florida for one of the year’s most spectacular art shows: Art Basel Miami Beach. I spent the first part of the trip with fellow art appraiser Kathy Wong, and then my husband and 7-year-old son joined me as traveling companions.

In addition to spotting famous and emerging artists (Julian Schnabel, Orlan, the controversial Mr. Brainwash, and Marina Abramovic, to name a few), we snapped photos of many pieces of art that struck us as beautiful, original, shocking, or thought-provoking. You can view the full gallery on the American & European Works of Art Facebook page.

I’m happy to report that despite “The Great Recession,” sales seemed brisk.  By 11:35 am on Wednesday (the VIP opening started at 11:00), Sikkema Jenkins & Co., New York, had already sold a huge diptych by Kara Walker entitled Pastoral.  A departure from her silhouette images, this piece was a monumental drawing of a mother hiding in an alleyway during a riot.

Interestingly, many galleries opted out of the tradition of placing red dots on labels to mark pieces as sold. The reason? A potential collector seeing a red dot might not make an inquiry, and each inquiry is an opportunity to attract new clients.

This year, the show introduced an initiative to get the general public involved as well. “Art Public” brought in art lovers who might feel that they fall outside of the usual Art Basel audience. This show transformed Collins Park (right next to Bass Art Museum and the Mr. Brainwash show) with 24 pieces of public art. Each morning the show was open, you could see groups of students touring with their teachers.

Some of Our Favorite Pieces from Art Public in Collins Park 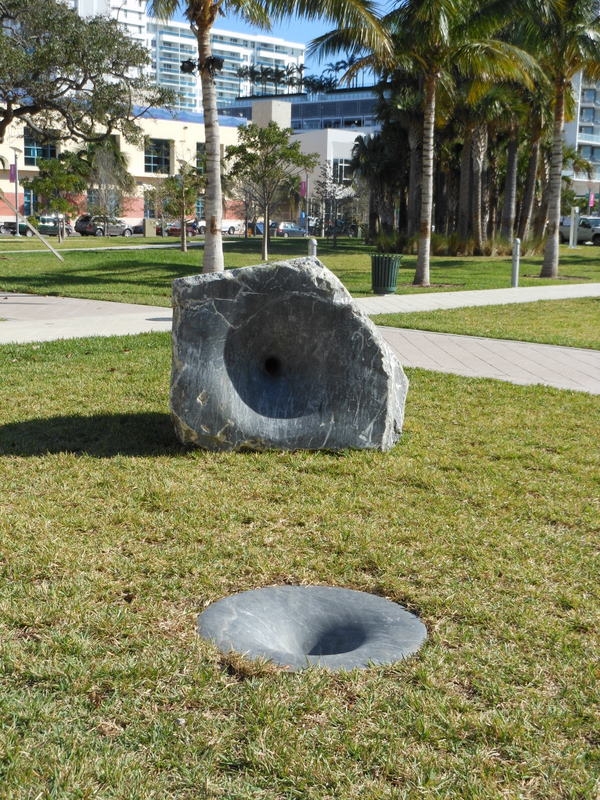 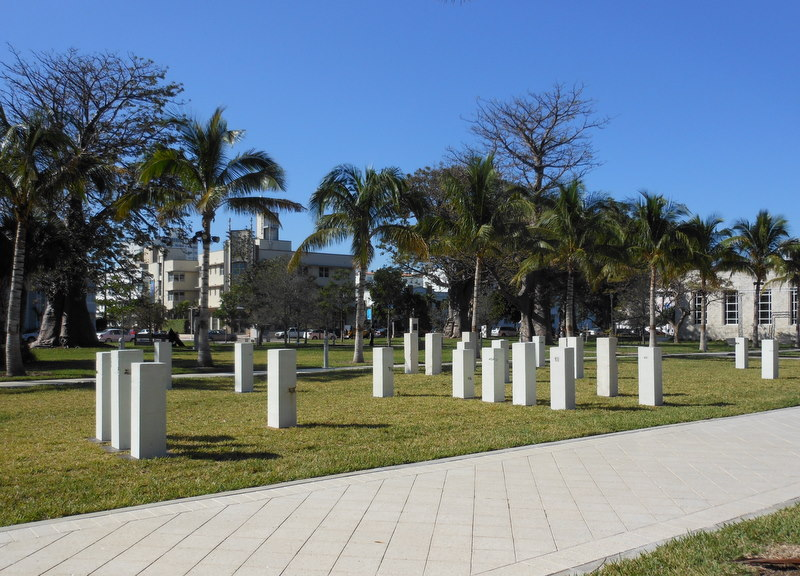 Theaster Gates: "Stand-Ins for a Period of Wreckage," 2011 features a series of waist-high columns, each with its own unique feature. Some are crumbling; others have a high, polished top; still others seem to crack to reveal stacks of dinnerware inside. 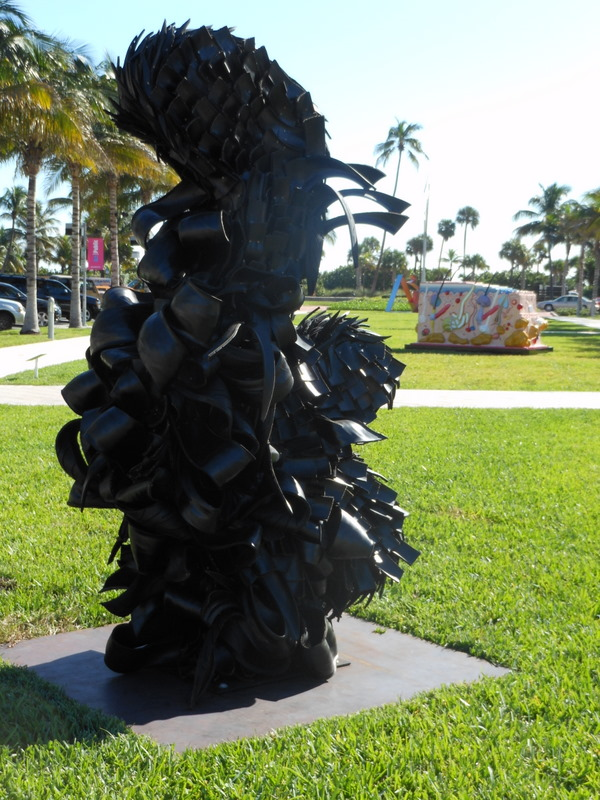 Chakaia Booker: "Holla," 2008 uses cut up pieces of tires layered over a steel frame to create a serpentine figure that is deeply textural. The construction and craftsmanship are beautiful. Visible behind are works by Damien Hirst, George Rickey, and Robert Indiana.

It’s simply not possible to fit everything I loved at Art Basel Miami Beach into one blog post, so I asked my son for his take on the trip. His favorite? A work by Mexican artist Rafael Lozano-Hemmer, titled Shadow Box #5: The Years Midnight. A surveillance camera mounted on the right side of the screen picks up viewers standing in front of the work. As you look at the piece, you see yourself, but with a smoky mist rising from your eyes. As you move, the mist goes with you. The interactivity was a blast for all ages (Watch a video of my husband interacting with the piece on Facebook).

All three of us are glad to be back home, and already looking forward to next year.