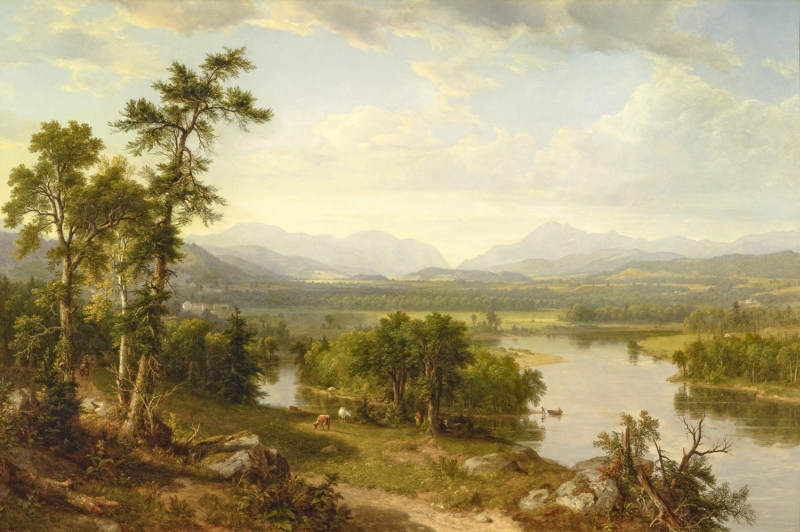 Stand in front of the painting. Pause. Let your eyes relax into the picture. You may feel a sense of falling into a vast space.

These are the recommendations of Sam Scott, curator of the new exhibit “Painting the American Vision” at the Peabody Essex Museum in Salem, MA. On a tour through the exhibit, he advised viewers to slow down and take the time to experience some of the best works American landscape painting has to offer, effectively contemplating the paintings in the same manner that the painters themselves viewed nature. “The artists of this movement really believed that there was something good, worthy, and even divine in the act of contemplating nature,” says Scott.

Paintings by Hudson River School artists, including Thomas Cole and Asher Durand, will be on view at the Peabody Essex Museum from July 30th through November 6th, 2011. The painting White Mountain Scenery, Franconia Notch, New Hampshire by Asher Durand, an example of the height of the American landscape painting movement, opens the exhibit. In the 1830s, Artists, patrons of the arts, and institutions in America set out to separate themselves from European artistic conventions and develop a uniquely American vision of humankind’s relationship to nature. 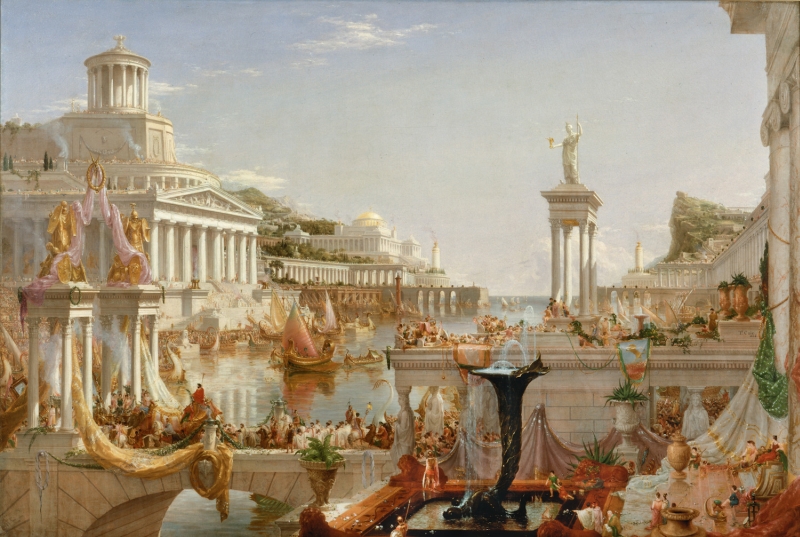 As Asher Durand said in 1855, “Why should not the American landscape painter, in accordance with the principle of self government, boldly originate a high and independent style, based on his native resources?” Though the European Grand Tour was still considered essential training for American painters, the Hudson River School movement gave American artists their own voice.

Sam Scott pointed out Thomas Cole’s Course of Empire, a magnificent five part series telling the story of a civilization’s rise and eventual fall, as an example of works informed by European traditions. Cole had just been to Italy before painting this series, and had seen the remains of the Roman Empire. Back in America, things were different. “At that time, where was New York in this cycle?” said Scott, then laughed and pointed to the empty wall between a pastoral countryside scene and an elegant city with grand buildings and busy harbor.

Rather than depicting something grand or historical in every landscape, the Hudson River School artists often painted every day, normal scenes. Even though many of their works were imagined compositions, the painters wanted it to seem as if you’d just stepped out into a vast landscape you could find in the real world. These American painters celebrated the wonders of their new world: Niagara Falls and Mammoth cave, the Adirondacks and the Catskills. 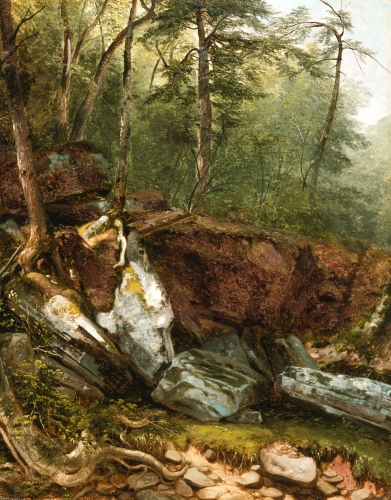 Artistic excursions to study nature in sketches and small plein air paintings were an important aspect of almost every Hudson River School painters’ career. The artists would paint and sketch day after day, examining how roots flow over a rocky form, or how branches get bowed over. “These are some of my favorite works in the show,” Sam Scott said of a group of Durand’s studies including Study from Nature: Rocks and Trees in the Catskills.

A nearby photo of Durand’s studio showed his small studies densely packed on the wall surrounding a large canvas, which was his current work. The small canvases were mere reference pieces, and often went unframed. Yet they are stunningly beautiful in their own right.

A visit to this exhibit will lead you to appreciate everything from the vastness of space where distant mountains touch the clouds to the delicate detail of a flower at your feet. In a Hudson River School painting, Donner Lake from the Summit by Albert Bierstadt, both of these beauties occupy one space. Gazing into the vast distance of this painting, it does feel as if you might fall. You can’t help but slow down and let a sense of awe wash over you.

Have you seen the exhibit at the Peabody Essex Museum? Which work or which artist is your favorite? 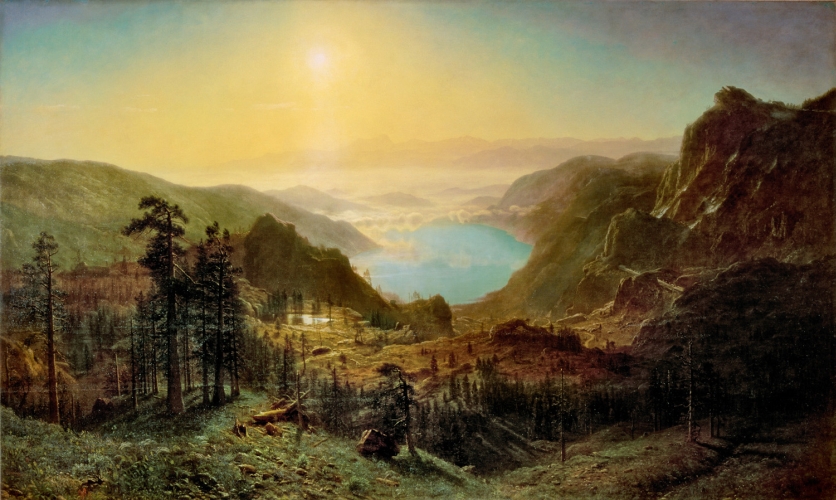